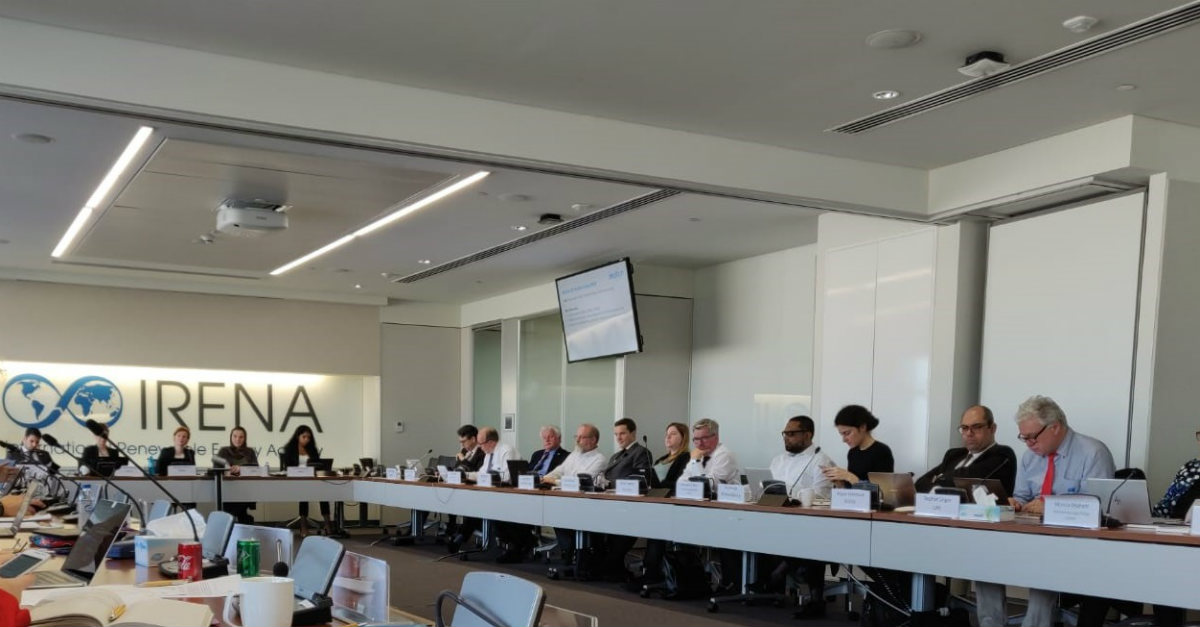 The rationale for pursuing 100% renewable energy has become increasingly compelling. As evidenced in a new strategic paper by the International Renewable Energy Agency’s Coalition for Action, Towards 100% Renewable Energy: status, trends and lessons learned, more than 50 countries and over 280 states, regions and cities have already committed to some sort of 100% renewable energy target. The Coalition, a network of over 80 leading renewable energy players from private sector, civil society, academia and intergovernmental organization, first discussed the paper during the Public-Private Dialogue at IRENA's 9th Assembly in mid-January. It highlights what governments and businesses can do to accelerate the transformation towards 100% renewable energy.

The Public-Private Dialogue convened members of the Coalition for Action, IRENA Members and the Legislators Forum for an open discussion on key challenges and opportunities faced by the public and private sectors accelerating the transformation towards 100% renewable energy. It showcased a broad consensus that increased ambitions as well as their implementation are already technically feasible and socio-economically beneficial. “Case studies presented in the white paper point to a broad variety of rationales for pursuing 100% renewable energy, with socio-economic benefits highlighted as one of the key drivers, particularly among regional and local governments”, said Adnan Z. Amin, Director-General of IRENA at the opening of the Dialogue. “Achieving these targets will create millions of new jobs, stimulate economic growth, and bring important health benefits through cleaner water and air”.

One of the challenges discussed throughout the dialogue was the importance of legislative frameworks to strengthen the deployment of renewables and the need for greater collaboration between actors, from government representatives to private and public companies to workers and civil society.

Legislators and government participants were encouraged to help de-risk investments by affirming a clear and strong political will through setting-up ambitious renewable energy targets and implementing locally adapted support mechanisms when needed. In turn, legislators called for solutions to address their concerns over private sector engagement, including ensuring a fair price for electricity and local long-term value creation.

Further work will be needed in this area to accelerate the energy transformation, drawing from best practice examples particularly in developing countries as evidenced in the Inter-Parliamentary resolution on SDG7, unanimously adopted by 178 parliaments in March 2018. “Legislators are in any representative form of government closest to opinion on the ground. That opinion is dramatically now in favour of renewable energy and sustainability, and that has to be reflected more and more in legislation,” said Adnan Z. Amin.

Private sector participants emphasized the many cases of successful collaboration between private and public sectors in developing countries which have included knowledge transfer, capacity building and job creation. In this regard, increased community ownership in renewable energy projects was highlighted as one successful way to create local ownership and value.

In his reporting back from the Public-Private Dialogue to the IRENA Assembly, Rainer Hinrichs-Rahlwes, Vice President of the European Renewable Energies Federation – one of the founding members of the Coalition for Action – called for “stronger and faster collaboration among stakeholders, citizens, businesses, and policy makers to significantly raise shares of renewable energy to as high as 100%”.

Additional key take-aways by participants in the dialogue were the following: