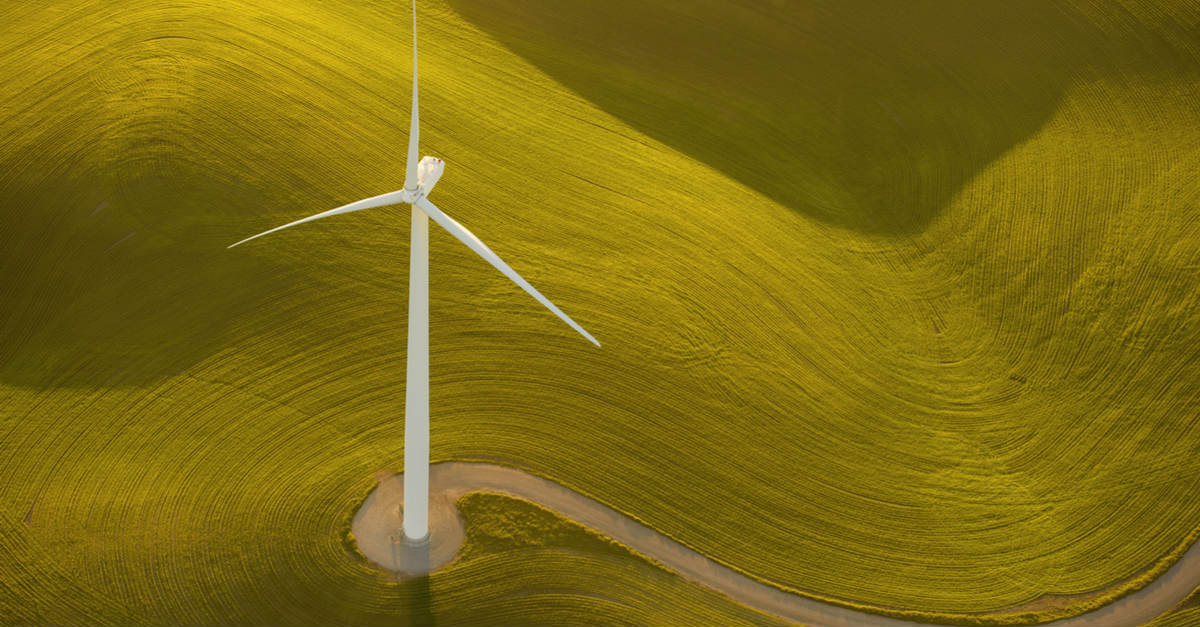 Berlin, Germany, 17 April 2018 — Increasing the speed of global renewable energy adoption by at least a factor of six – critical to meeting energy-related emission reduction needs of the Paris Climate Agreement – can limit global temperature rise to two degrees, according to the latest edition of the International Renewable Energy Agency’s (IRENA) long-term renewable energy outlook. At the same time, the report finds that by 2050, the global economy would grow by one per cent and global welfare, including benefits not captured by GDP, such as health benefits from reduced air pollution and reduced climate impacts, among others, would improve by 15 per cent, compared to the current trajectory.

Global Energy Transformation: A Roadmap to 2050, launched today at the Berlin Energy Transition Dialogue, also finds that increasing cumulative energy system investment by 30 per cent to 2050 in favour of renewable energy and energy efficiency, can create over 11 million additional energy-sector jobs, completely offsetting job losses in the fossil fuel industry. Immediate action will also reduce the scale and value of stranded energy-related assets in the future. The roadmap currently anticipates up to USD 11 trillion of stranded energy assets by 2050 – a value that could double if action is further delayed.

“Renewable energy and energy efficiency together form the cornerstone of the world’s solution to energy-related CO2 emissions, and can provide over 90 per cent of the energy-related CO2 emission reductions required to keep global temperature rise to two degrees Celsius,” said IRENA Director General Adnan Z. Amin. “If we are to decarbonise global energy fast enough to avoid the most sever impacts of climate change, renewables must account for at least two-thirds of total energy by 2050.

“Transformation will not only support climate objectives, it will support positive social and economic outcomes all over the world, lifting millions out of energy poverty, increasing energy independence and stimulating sustainable job growth,” continued Mr. Amin. “An opportunity exists to ramp up investment in low-carbon technologies, and shift the global development paradigm from one of scarcity, inequality and competition to one of shared prosperity – in our lifetimes. That is an opportunity we must rally behind by adopting strong policies, mobilizing capital and driving innovation across the energy system.”

Current government plans fall short of emission reduction needs. At today’s trajectory, the world would exhaust its energy-related “carbon budget” (CO2) for 2oC in under 20 years, despite continued strong growth in renewable capacity additions. By the end of 2017, global renewable generation capacity increased by 167 GW and reached 2,179 GW worldwide – yearly growth of 8.3 per cent.

However, without an increase in deployment, fossil fuels such as oil, natural gas and coal would continue to dominate the global energy mix by 2050. The roadmap analysis outlines an energy system in which renewables account for up two-thirds of total final energy consumption, and 85 per cent of power generation by 2050 – up from 18 per cent and 25 per cent respectively today.

To achieve this, at least a six-fold acceleration of renewable energy is needed, both through increased electrification of transport and heat, and more direct use of renewables. Electrification, and renewable power are key drivers outlined in the report, with solar and wind capacity leading the energy transformation. 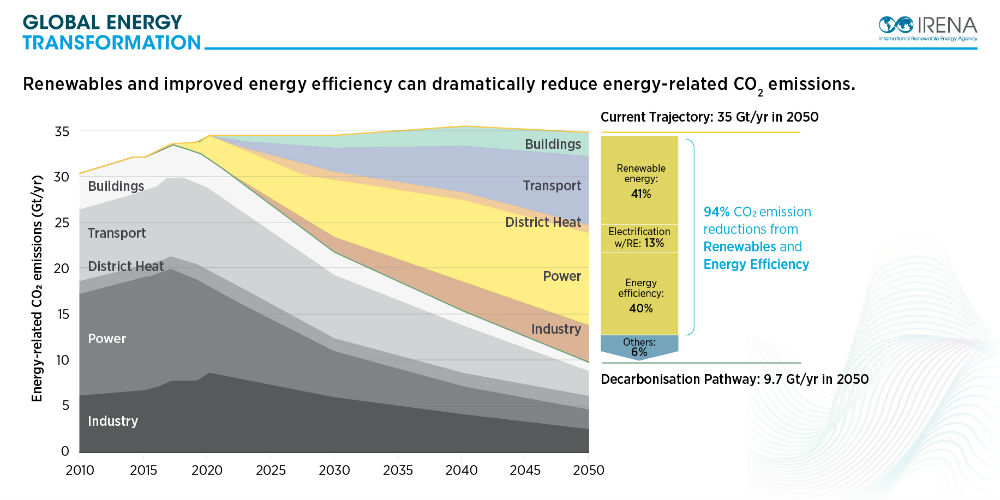 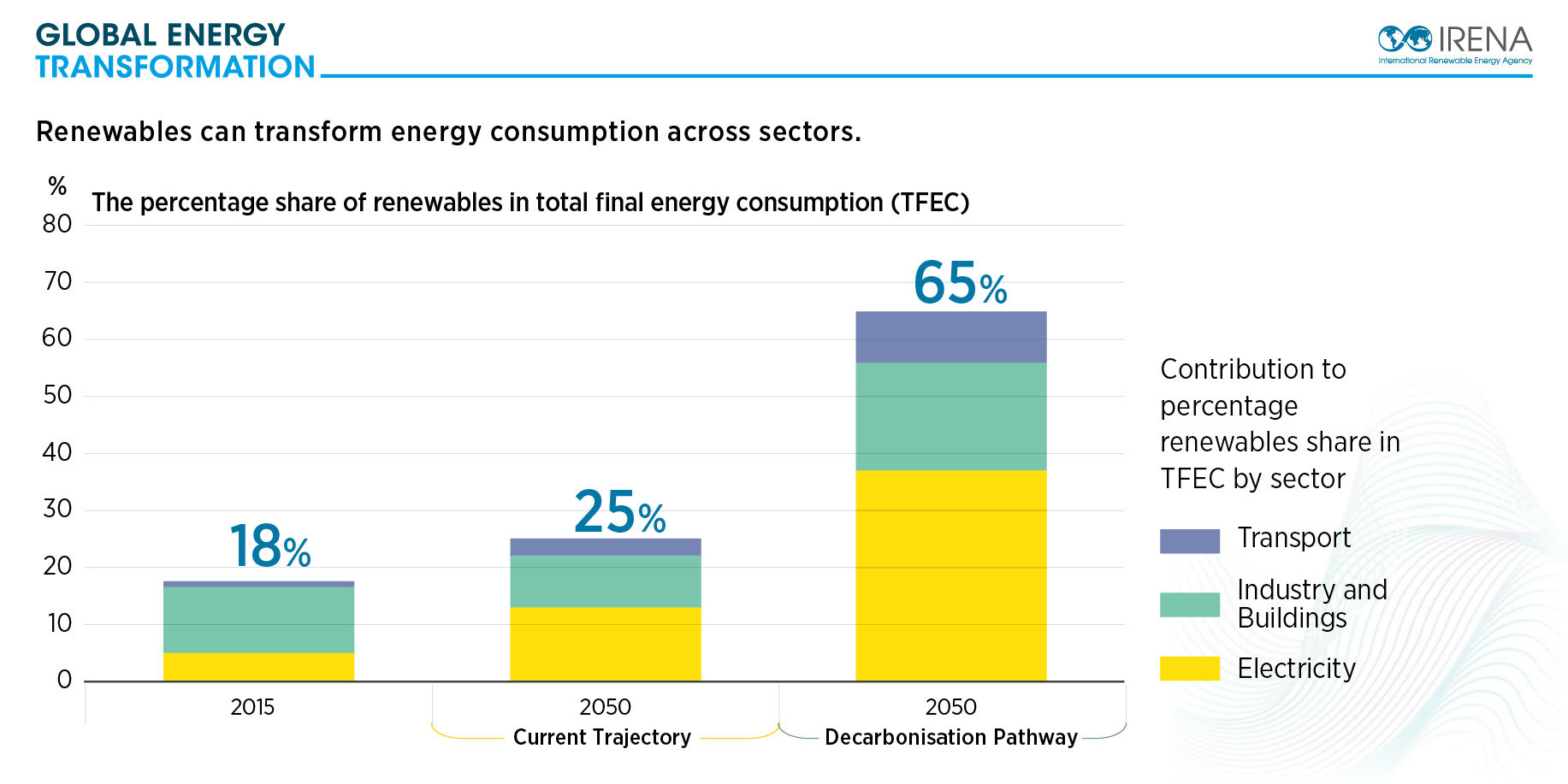 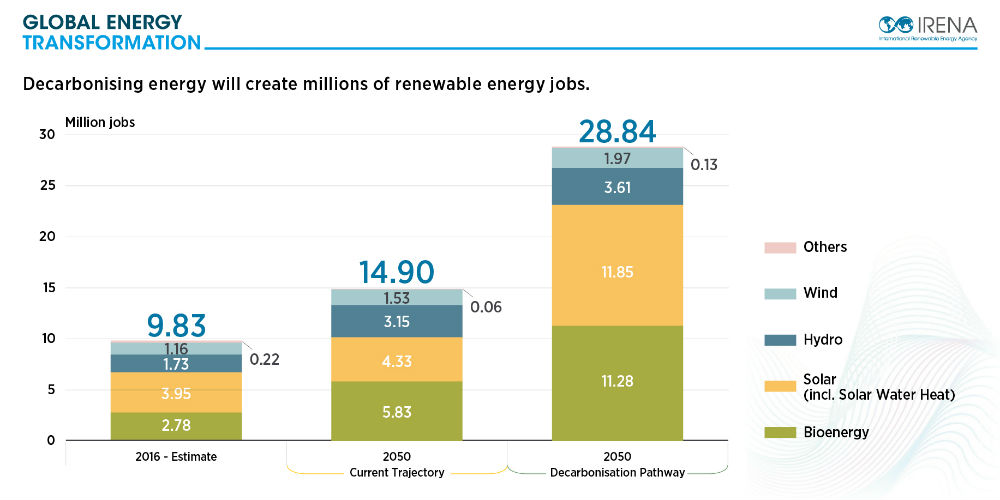 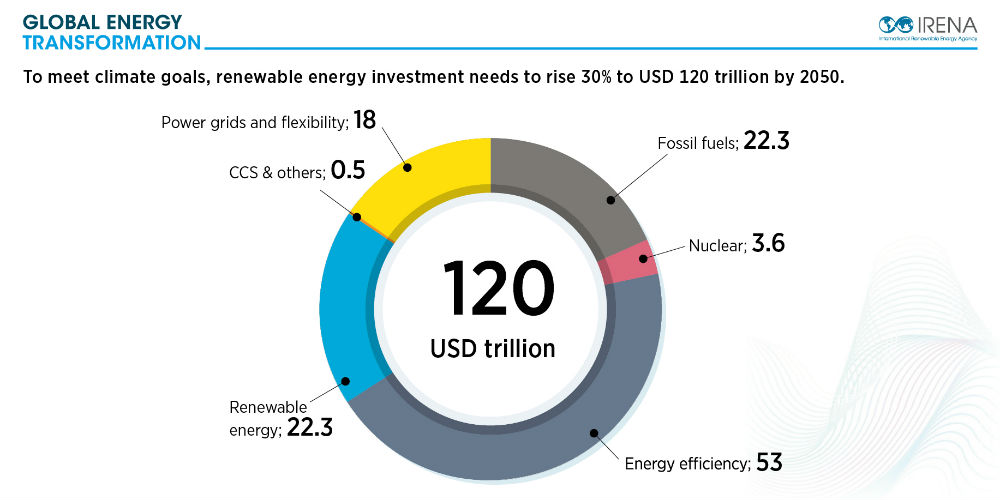