Moscow, Russia, 5 April 2017 – Russia can increase the share of renewables in its energy mix from roughly 3 per cent today to more than 11 per cent by 2030, according to new findings by the International Renewable Energy Agency (IRENA). The growth in renewable energy use would represent nearly a fourfold increase in the share of renewables between 2014 and 2030. Renewable Energy Prospects for the Russian Federation, was presented to high-level stakeholders at a meeting today in Moscow, between the Ministry of Energy of the Russian Federation and IRENA.

“The global energy transition is underway, with this study we have a better understanding of Russia’s renewable energy potential, what benefits it could bring, and what can be done to make this a reality,” said IRENA Director-General Adnan Z. Amin. “Russia has had a long history of leadership in the energy sector – and now has the opportunity to extend that leadership into renewable energy.”

Russia has significant potential of all renewable energy sources, with large hydropower and bioenergy being the main sources of renewables in the country’s energy system today. By the end of 2015, total installed renewable power generation capacity reached 53.5 gigawatts (GW), representing about 20 per cent of the country’s total capacity, the majority of which lies in large hydropower.

Under Russia’s current energy strategy the share of renewable energy will reach 4.9 per cent by 2030, falling short of its potential of more than 11.3 per cent, by IRENA’s estimates. According to the new working paper, the power sector is estimated to have the highest renewable energy share, at about 30 per cent in 2030 — split into 20 per cent for hydropower and 10 per cent for wind, solar photovoltaic (PV) and geothermal power.

To implement the study’s recommendations, an annual investment of approximately USD 15 billion per year between 2015 and 2050 is required, but IRENA shows that the benefits can exceed costs when externalities related to human health and climate change are considered. Renewables identified under REmap can save up to USD 8 billion per year by 2030, and additional benefits could include potentially exporting wind and hydropower to Asia, and biofuels to Europe — according to current estimates Russia has the largest wind potential in the world.

Renewable Energy Prospects for the Russian Federation is part of IRENA’s renewable energy roadmap programme, REmap, which determines the potential for countries, regions and the world to scale up renewables to ensure an affordable and sustainable energy future. The roadmap focuses not just on renewable power technologies, but also technology options in heating, cooling and transport. The Russian Federation study is the latest in the series of country-level REmap analyses, which includes countries such as China, Germany, Indonesia, Mexico and the United States. 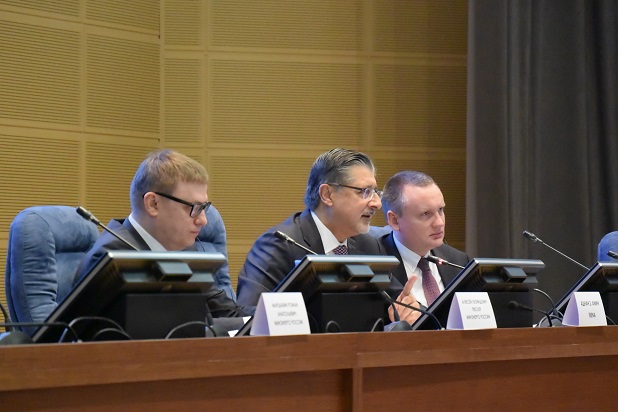