The energy sector accounts for roughly two-thirds of all global emissions and, by some estimates, global energy demand will increase as much as 50% over the next several decades. Meeting this rising demand while reducing overall emissions is a huge challenge – one that can only be met with much higher shares of renewable energy.

IRENA analysis finds that doubling the global share of renewable energy (to 36% of the global energy mix) by 2030 would deliver half the emission reductions needed to keep temperature rise below 2°C as agreed in Paris. Energy efficiency measures can deliver the other half. But the question under discussion at today’s Clean Energy Ministerial meeting is how? How can businesses, governments, cities and individuals contribute to decarbonising the global energy system? What barriers stand in the way, and how can those barriers be removed? What innovations are needed – in policy, technology and financing – to speed the energy transition already underway?

On cities, San Francisco Mayor Ed Lee highlighted several city success stories during his lunchtime keynote, including Copenhagen – which aims to become the first carbon neutral capital in the world by 2025, Seoul – which developed innovative financing to encourage building retrofits, and Washington D.C. – which now sources 30% of its electricity from wind, saving tax payers US $45 million over the next 20 years. “Cities are a critical partner to reach our global clean energy goals,” he said.

To reinforce this fact, 3 US states, 6 US cities, and British Colombia signed a new agreement today to scale up renewable energy, reduce emissions and improve energy efficiency, among other things. Under another promising initiative, 135 jurisdictions from 32 countries and 6 continents are taking action at the subnational level to mitigate climate change. 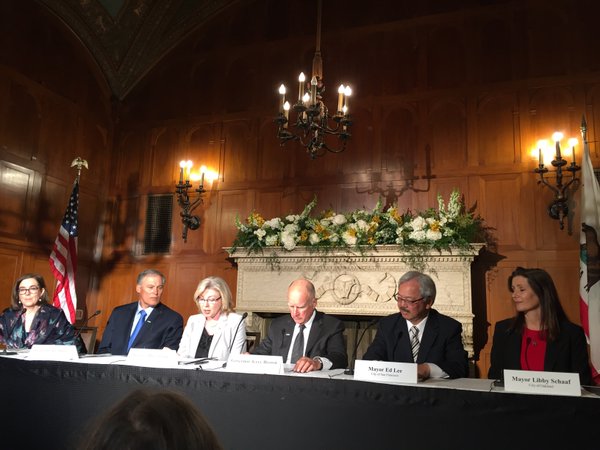 On the role of corporations, a closed-door roundtable session was moderated by IRENA’s Director-General Adnan Z. Amin today on how to significantly increase the number of companies powering operations with renewable energy, how to make the business case for more companies to do so, and how to identify and deploy supportive policies and resources to facilitate more corporate renewables sourcing. Participants from the public and private sector including Facebook, Google, Apple, Mexico Energy Regulatory Commission, ENEL, UNEP, Solar Power Europe and China Lighting & Power, provided feedback and input into this topic, which will be summarised and presented to CEM attendees tomorrow. 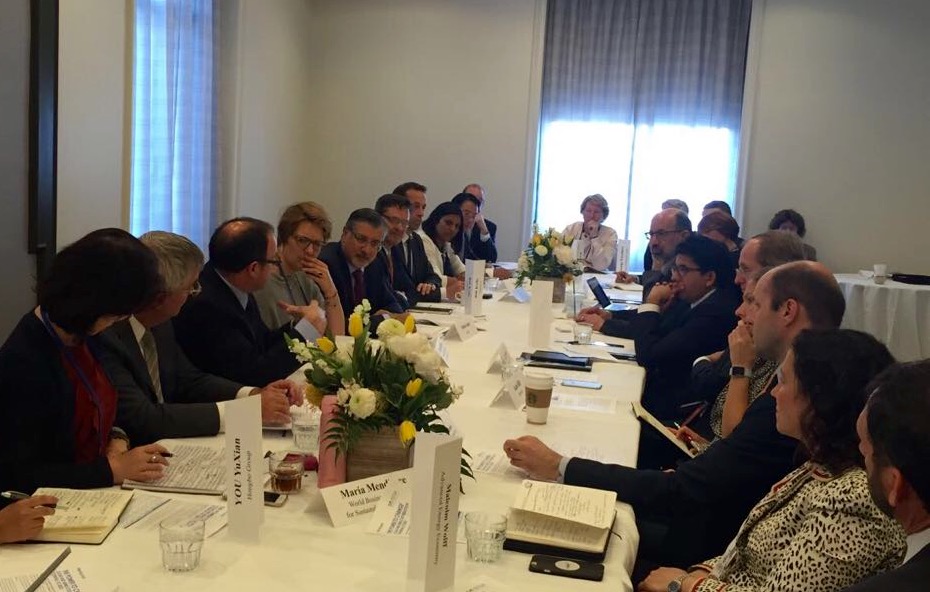 Work to further the corporate use of renewables will continue as part of a CEM7 campaign – the Corporate Sourcing of Renewables - one of four that will launch tomorrow. The others focus on advanced cooling solutions, energy efficiency, and advanced power systems.

“The Corporate Sourcing of Renewables campaign will build partnerships to exponentially increase the number of companies making commitments to sourcing renewables by CEM8 next year. The private sector accounts for roughly 50% of the world’s electricity consumption. Switching this demand to renewables will accelerate the transformation of the global energy market and aid the transition to a low carbon economy.” – Adnan Z. Amin, IRENA Director-General