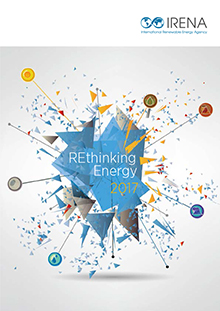 Renewable energy is a fundamental and growing part of the global energy transformation. Increasingly, renewables have become the first choice for expanding, upgrading and modernising power systems around the world.

Renewables, consequently, are crucial for sustainable development, including the pursuit of SDG7, the United Nations-adopted goal of ensuring “affordable, reliable, sustainable and modern energy for all”.

Policies and regulations remain crucial to establish a stable and attractive market for renewable energy. Strong government commitment is needed to reduce risk and lower the cost of financing.

In the power sector, breakthroughs in complementary systems, in particular storage, will enable the integration of larger shares of renewable electricity. Off-grid renewables – via both stand-alone systems and mini-grids – can increasingly complement grid-based options to expand sustainable energy access.

Global investment in renewables has shown steady growth for more than a decade, rising from less than USD 50 billion in 2004 to a record USD 348 billion in 2015.