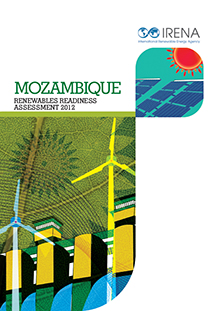 Despite being endowed with significant renewable energy sources (hydro, biomass, solar and wind) as well as fossil fuels (natural gas and coal), Mozambique’s national grid only serves about 18% of the population and is subject to transmission and high distribution losses (25%).

Mozambique has actively pursued energy sector reform for over two decades. The country has one of the highest hydroelectric potentials in Africa and is home to one of the largest hydro dams in the continent, the Cahora Bassa Dam.

The Eduardo Mondlane University in Mozambique offers renewable energy studies in a number of graduate level courses, which has helped provide expertise to many energy-related government department and agencies.

IRENA’s report, Mozambique: Renewables Readiness Assessment, which follows a country-led assessment process, provides facts and analysis to support the discussion on ways to move forward with the renewable energy agenda. IRENA is ready to provide support in the implementation of the actions identified in this report.