As engines of the economy and migration magnets, cities account for 65 per cent of global energy use and 70 per cent of human-made carbon emissions. Cities are therefore increasingly relevant to climate change mitigation and adaptation, because of their notable potential within their immediate jurisdictions to develop one or more renewable energy resources, and consequently to mitigate emissions of all kinds.

The potential to substitute fossil fuels in the end-use sectors, including transport and district heating and cooling, account for the lion’s share of the emissions reductions. Urban-level energy planning and decision-making are thus critical to put climate-resilient urban infrastructure in place, and to ensure the success of global energy transition.

In a variety of roles, cities are uniquely positioned to promote renewable energy. In a set of reports and briefs on Renewable Energy Policies for Cities, IRENA analyses this multitude of roles that cities play in accelerating the energy transition at the local level. A series of short case studies of cities around the world showcases the implementation of different renewable energy technologies, including wind, geothermal, solar PV, and electric mobility, with a view towards the motivations and objectives that compel the cities to act; the variety of drivers that either enable or constrain cities’ actions and thus influence what they can do; and the policy tools they can apply.

Cities of the Future

Watch the videos from four countries with very different socio-economic and demographic realities, and with diverse institutional and governance contexts. These contexts make for widely diverging sets of challenges and opportunities and provide different sets of lessons-learnt and best practices for cities.

Uganda | Solar Power in Kasese: The city of Kasese has successfully deployed home-based solar PVs and improved its residents livelihoods.

China | Wind Energy and Heating in Zhangjiakou: Motivated by the Winter Olympics that it will co-host in 2022, Zhangjiakou city raised its ambition to decarbonise its energy supply with wind energy, which brings economic growth to the city.

The Rise of renewables in cities  report highlights resource potential, targets, technology options and system-planning priorities for cities around the world. The past analysis explores potential for urban communities to scale-up renewables by 2030, based on estimated energy use 3,649 cities around the world. It finds that every city has massive potential to cost-effectively boost renewable energy use at the local level.

IRENA, in collaboration with ICLEI (Local Governments for Sustainability) and the German Agency for International Cooperation (GIZ) has published a report on Scaling up renewables in cities which reviews crucial aspects of the urban energy transition. Back in 2013, in collaboration with the International Council for Local Environmental Initiatives (ICLEI), IRENA has also produced a series of case studies on cities where local governments have successfully adopted measures to promote renewable energy and sustainability. The report outlines ways in which cities can catalyse the shift to a low-carbon future, in turn supporting regional and national governments with the achievement of sustainable energy targets. 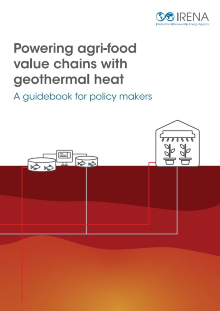 This report provides recommendations to accelerate the deployment of geothermal ... 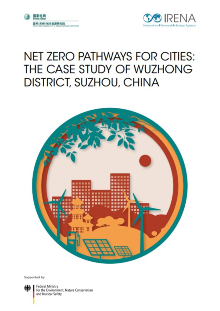 This report discusses the strategic areas enabling expansion of the decarbonisat... This brief provides an overview of technical considerations for green hydrogen tracking sy... 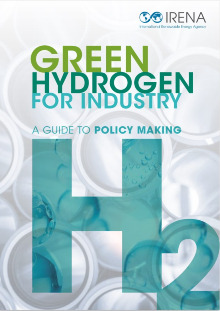 Green Hydrogen for Industry: A Guide to Policy Making

This report highlights the range of policy options available to support green hydrogen in... The first meeting of Working Group I will take place virtually on 6 July 2022.

The report on the current status and barriers to the deployment of bioenergy for the energy...

Fourth Meeting of the Collaborative Framework on Ocean Energy/Offshore Renewables

The fourth meeting of the Collaborative Framework on Ocean Energy/Offshore Renewables was held...