It may also interest you:

Cities are critical to the global energy transition as they consume the majority of global primary energy used for the construction and operation of urban buildings, in logistics and urban mobility, and in industry and other activities. Cities account for more than half of all greenhouse gas emissions. Meanwhile, the urban population is set to increase by around 2 billion by 2050, mostly in developing Asia and Africa, indicating the significance of renewables in meeting rising energy demand and reducing greenhouse gas emissions and other impacts associated with fossil fuel use.

In a variety of roles, cities are uniquely positioned to promote renewable energy across the entire urban energy landscape, from buildings to transport, to industry and power. Municipal authorities are energy planners and regulators, for example holding responsibility for urban zoning, building permits and solar ordinances. They also have a financial role to play in their ability to levy local fees, provide low-interest loans or issue municipal green bonds. Additionally, municipalities are often important owners or operators of energy-generating facilities and related urban infrastructure. 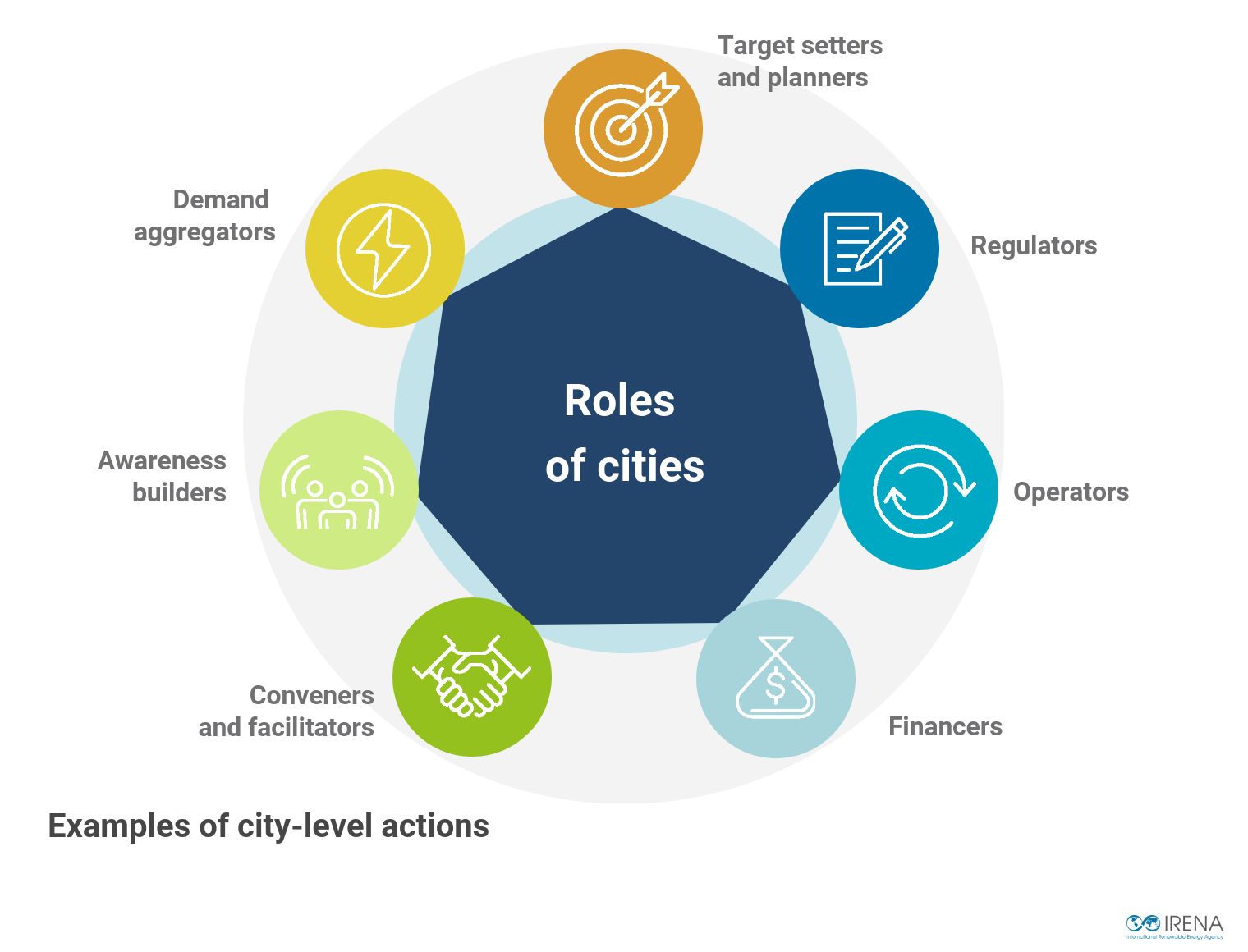 The most visible energy transitions today occur in major cities. With their comparatively large revenue bases, many big cities have the regulatory frameworks and infrastructure to scale up renewables and meet emission reduction targets. Small and medium-sized cities (with less than one million inhabitants) often lack access to sufficient financing and policy support to move effectively in this direction. Despite being less visible than megacities, they are home to some 2.4 billion people – or 59% of the world’s urban population – and are growing faster than any other urban category.

Since 2013 IRENA has examined policies for renewable energy deployment in cities, published a series of short case studies on cities around the world, and generated a number of technical tools and planning platforms such as Solar City Simulator.

IRENA has a set of reports, briefs and tools under the heading Renewable Energy Policies for Cities, analysing policy experiences around the world, offering case studies on selected cities in various countries (in collaboration with different stakeholders such as IKI, GIZ and ICLEI), and discussing sectoral challenges and opportunities in the power sector, buildings and transport.

The report outlines ways in which cities can catalyse the shift to a low-carbon future, in turn supporting regional and national governments with the achievement of sustainable energy targets.