Speaking at the event, the Romanian Secretary of State, Corina Popescu said, “We are pleased to host this regional consultative meeting in Bucharest. Romania has developed almost 5,000 megawatts of renewable energy capacity in a short period of time, thereby meeting its 2020 renewable energy target early. The experience gained through this expansion will allow Romania to contribute to creating new frameworks for renewables up to 2030, in line with the expected new European Union Directive on Renewable Energy. I strongly believe today’s meeting will benefit all South East European countries by enabling discussions on lessons learned and by examining the experiences of other partners.”

As a next step, IRENA will finalise the regional gap analysis, taking into account the outcomes of the workshop. This will constitute a basis for IRENA – in coordination with SEE governments and interested regional stakeholders – to elaborate a regional engagement Action Plan, customised to the specific energy needs of the region. 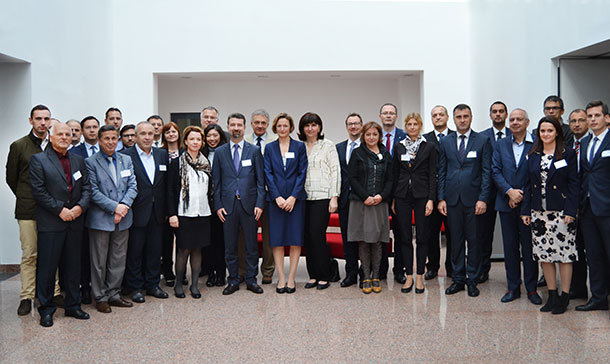 About the International Renewable Energy Agency (IRENA)
IRENA is mandated to be the global hub for renewable energy cooperation and information exchange by 149 Members (148 States and the European Union). 27 additional countries are in the accession process and actively engaged. IRENA promotes the widespread adoption and sustainable use of all forms of renewable energy, in the pursuit of sustainable development, energy access, energy security and low-carbon economic growth and prosperity. www.irena.org