Jose Leon wanted to buy an electric car to save money on his daily fuel expenses. It was only after he started driving the car that he became more aware of his environmental responsibilities.

“I have three children and I want them to live on a habitable planet. The electric car gives me a clear conscience that I am not polluting the environment,” says Jose, who lives close to Costa Rica’s capital San Jose and is one of five million Costa Ricans benefiting from the country’s rapidly growing electric vehicles (EV) infrastructure, all of which is powered by renewable energy. With a nationwide charging grid network, comprising more than 100 public chargers, the country is on the brink of an EV revolution.

EV owners spend an average of less than one-third on fuel compared to those owning internal combustion engine vehicles. “My cost savings have been huge. I used to spend USD 234 on gas per month, but now I spend about USD 54,” Jose explains proudly.

According to IRENA’s report, Costa Rican cities like Cartago, Grecia, and Guanacaste have witnessed a remarkable increase in e-mobility infrastructure, thanks to a robust policy framework. “Today, charging stations are available everywhere and we can see how the EV infrastructure has started to impact people’s lives,” says Marcella Guerrerro, Executive President of the Municipal Advisory Institute (Instituto de Fomento y Asesoría Municipal), an independent body tasked to advise the local governments operating in the country’s municipalities.

Easy access to facilities, combined with the cost efficiency of EVs, is motivating residents to make the shift from fossil-fueled vehicles, and adopt a more sustainable commute to work. Jose was initially hesitant to convert to EV, thinking that EVs’ main barrier was the limited driving range in relation to charging capacity. “We are talking about 600-800 km on a single charge, which is far more efficient than gasoline cars,” he says. 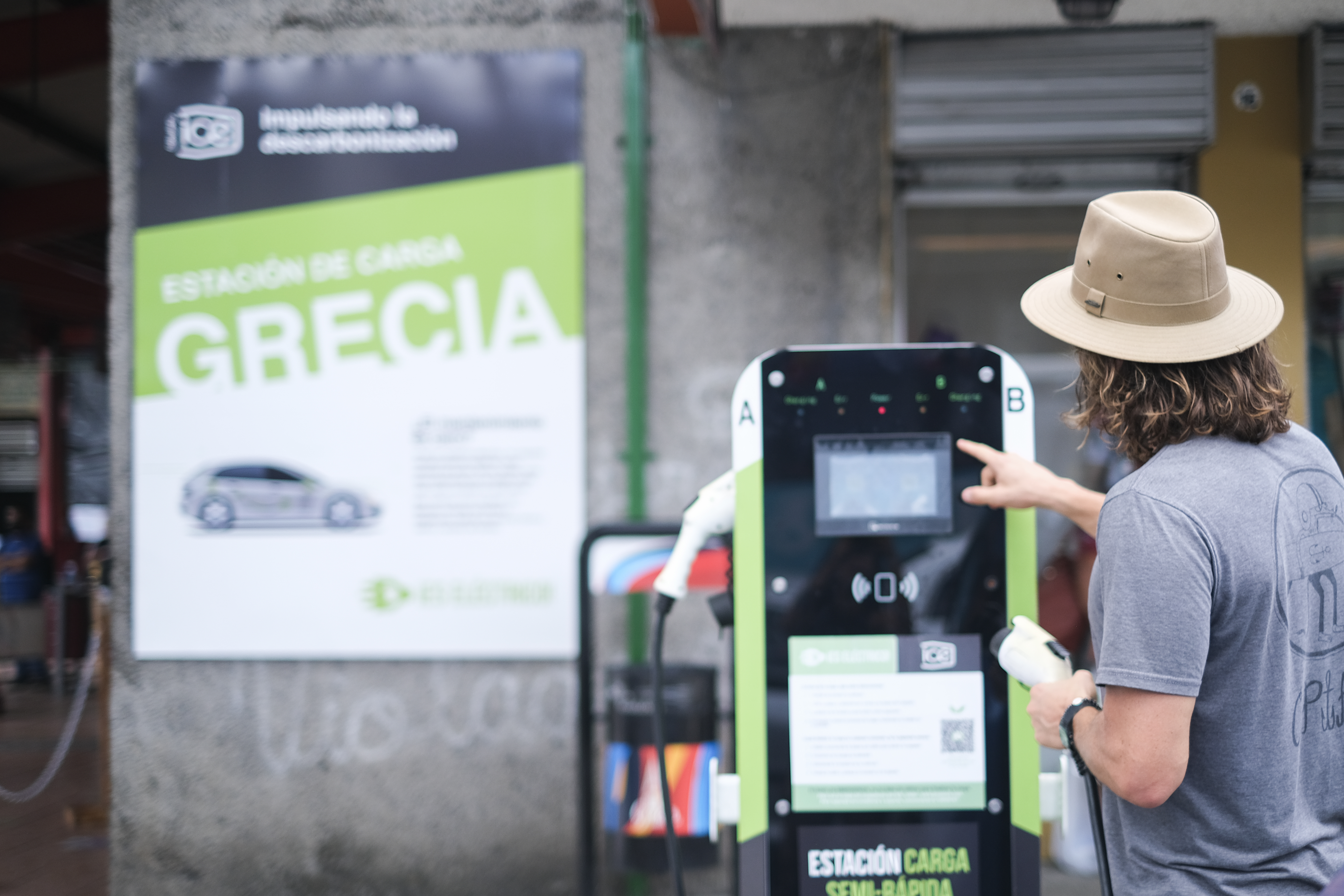 Transport is responsible of almost 30 per cent of global total final energy consumption, and around a quarter of greenhouse gas emission. IRENA’s World Energy Transitions Outlook finds electrification is key to decarbonise the sector. Furthermore, scaling up infrastructure to support electromobility (e-mobility) is crucial to reach net zero. An annual investment of USD 86 billion for the deployment of smart charging points for EVs will be needed in cities and along highways. And greater efforts should be made to reduce travel demand and to promote a switch to public transport.

An important aspect of Costa Rica’s ambitious decarbonisation plan includes electrification of public transport, mostly buses. The National Decarbonisation Plan mandates 70 percent of the buses to be emission-free by 2035 and 100 per cent by 2050. Several initiatives are underway to promote electric buses (e-buses). For instance, the Costa Rican government has collaborated with Deutsche Gesellschaft für Internationale Zusammenarbeit (Germany's development cooperation agency) to roll out an e-bus pilot project.

Capacity building activities have also taken place in parallel, which includes training drivers who operate the new fleet of municipal e-buses. One of the drivers who received training, Carlos Jimenez, believes that the deployment of e-buses will not only support the country’s decarbonisation efforts, but also change the citizens’ mindset towards environmental issues. “It is reducing pollution and providing a more convenient ride. As a society, it will help us reduce our carbon footprint,” says Carlos. The number of e-buses has increased over a period of time, not only creating jobs for trainers and drivers, but also reducing demand for private vehicles, further reducing road pollution.

Several civil advocacy groups, including the Costa Rican Association of Electric Mobility (ASOMOVE), have played an active role in promoting the use of electric vehicles by highlighting the benefits, and the country’s unique strengths to adopt e-mobility. With more than 98 per cent of its energy generated from renewable sources, availability of space for infrastructure, short average driving distance, and the optimal average temperature for electric vehicles, Costa Rica has the perfect setting for adopting e-mobility. 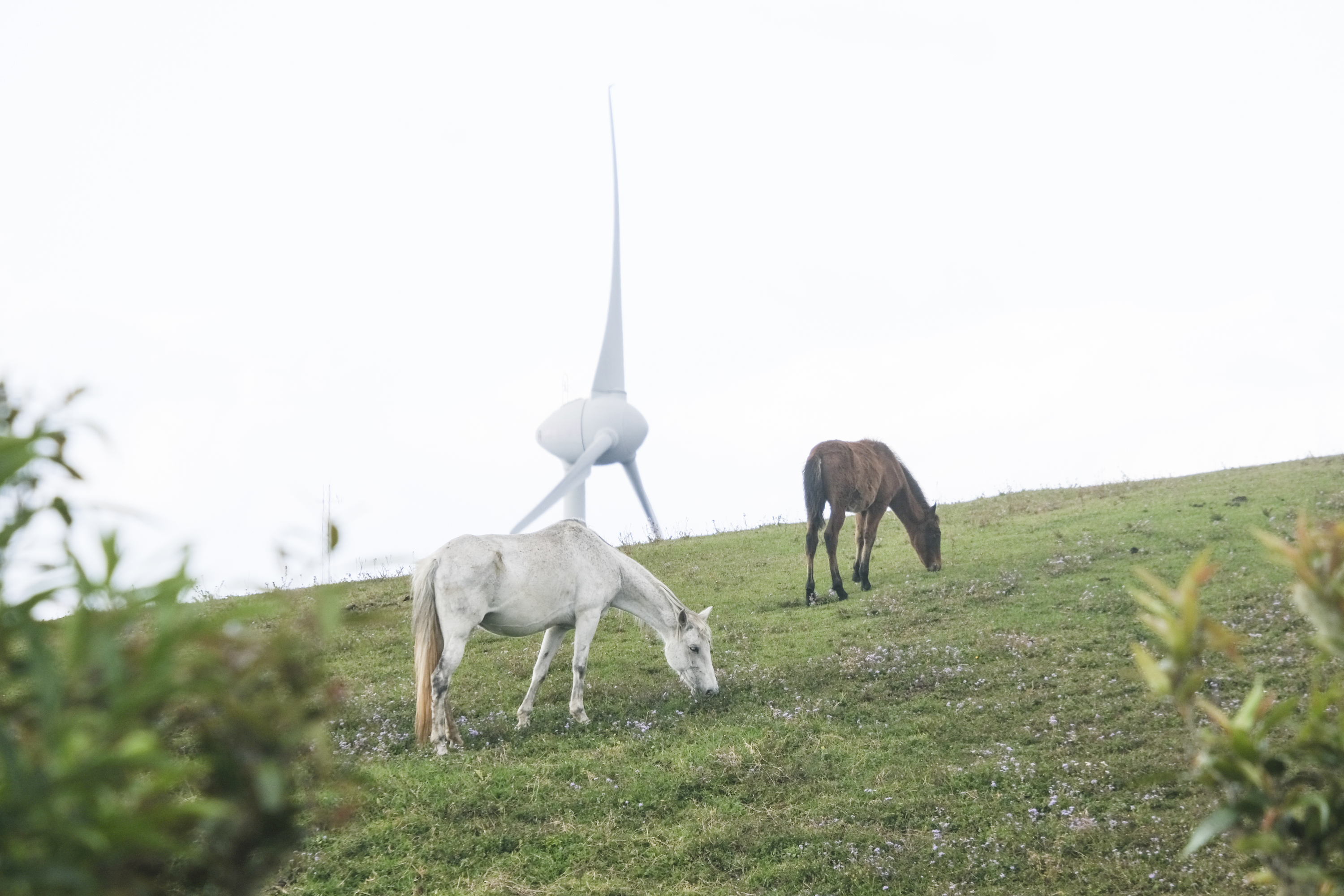 ASOMOVE has also created a platform for interaction among community members to stimulate demand and address misconceptions about EVs. Many of these efforts are engaging cities, local governments, and eco-conscious citizens like Jose to help speed up the EV transition. For his part, Jose understands his role in contributing to his community’s decarbonisation efforts through personal transport choice, but he wants to see Costa Rica take the lead in urban transport electrification. “I cannot wait to see our cities full of electric cars and buses without air and noise pollution,” Jose added.