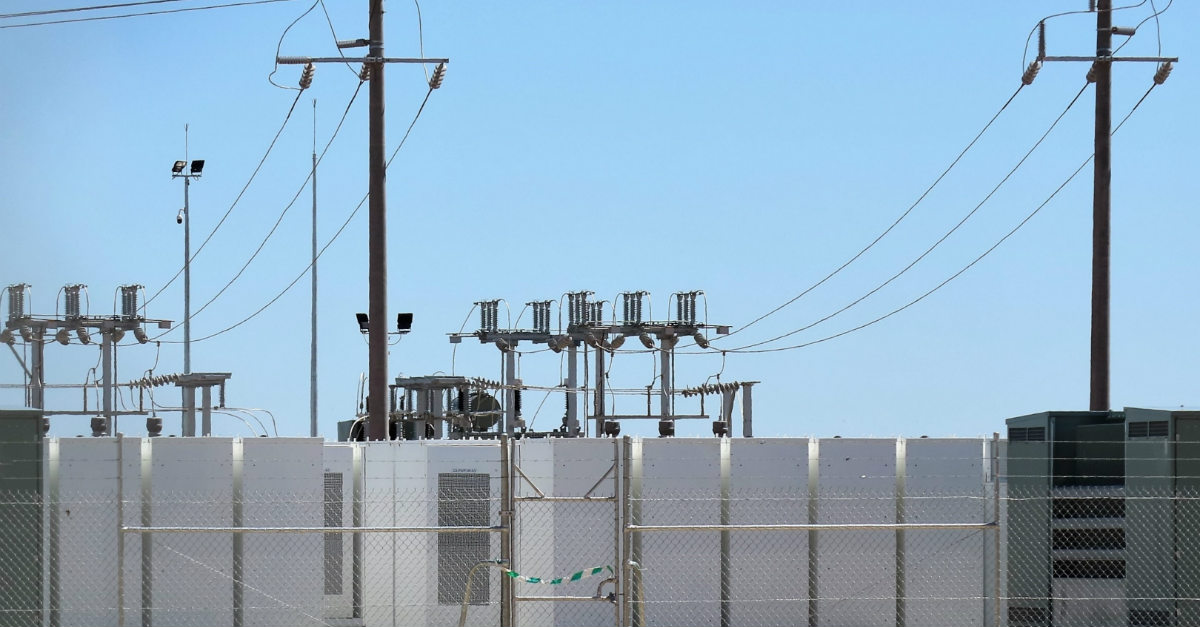 Battery storage systems are emerging as one of the key solutions to effectively integrate high shares of solar and wind renewables in power systems worldwide. A recent analysis from the International Renewable Energy Agency (IRENA) illustrates how electricity storage technologies can be used for a variety of applications in the power sector, from e-mobility and behind-the-meter applications to utility-scale use cases.

Utility-scale batteries, for example, can enable a greater feed-in of renewables into the grid by storing excess generation and by firming renewable energy output. Furthermore, particularly when paired with renewable generators, batteries help provide reliable and cheaper electricity in isolated grids and to off-grid communities, which otherwise rely on expensive imported diesel fuel for electricity generation.

At present, utility-scale battery storage systems are mostly being deployed in Australia, Germany, Japan, United Kingdom, the United States and other European countries. One of the larger systems in terms of capacity is the Tesla 100 MW / 129 MWh Li-ion battery storage project at Hornsdale Wind Farm in Australia. In the US-State of New York, a high-level demonstration project using a 4 MW / 40 MWh battery storage system showed that the operator could reduce almost 400 hours of congestion in the power grid and save up to USD 2.03 million in fuel costs.

In addition, several island and off-grid communities have invested in large-scale battery storage to balance the grid and store excess renewable energy. In a mini-grid battery project in Martinique, the output of a solar PV farm is supported by a 2 MWh energy storage unit, ensuring that electricity is injected into the grid at a constant rate, avoiding the need for back-up generation. In Hawaii, almost 130 MWh of battery storage systems have been implemented to provide smoothening services for solar PV and wind energy.

Globally, energy storage deployment in emerging markets is expected to increase by over 40% each year until 2025. 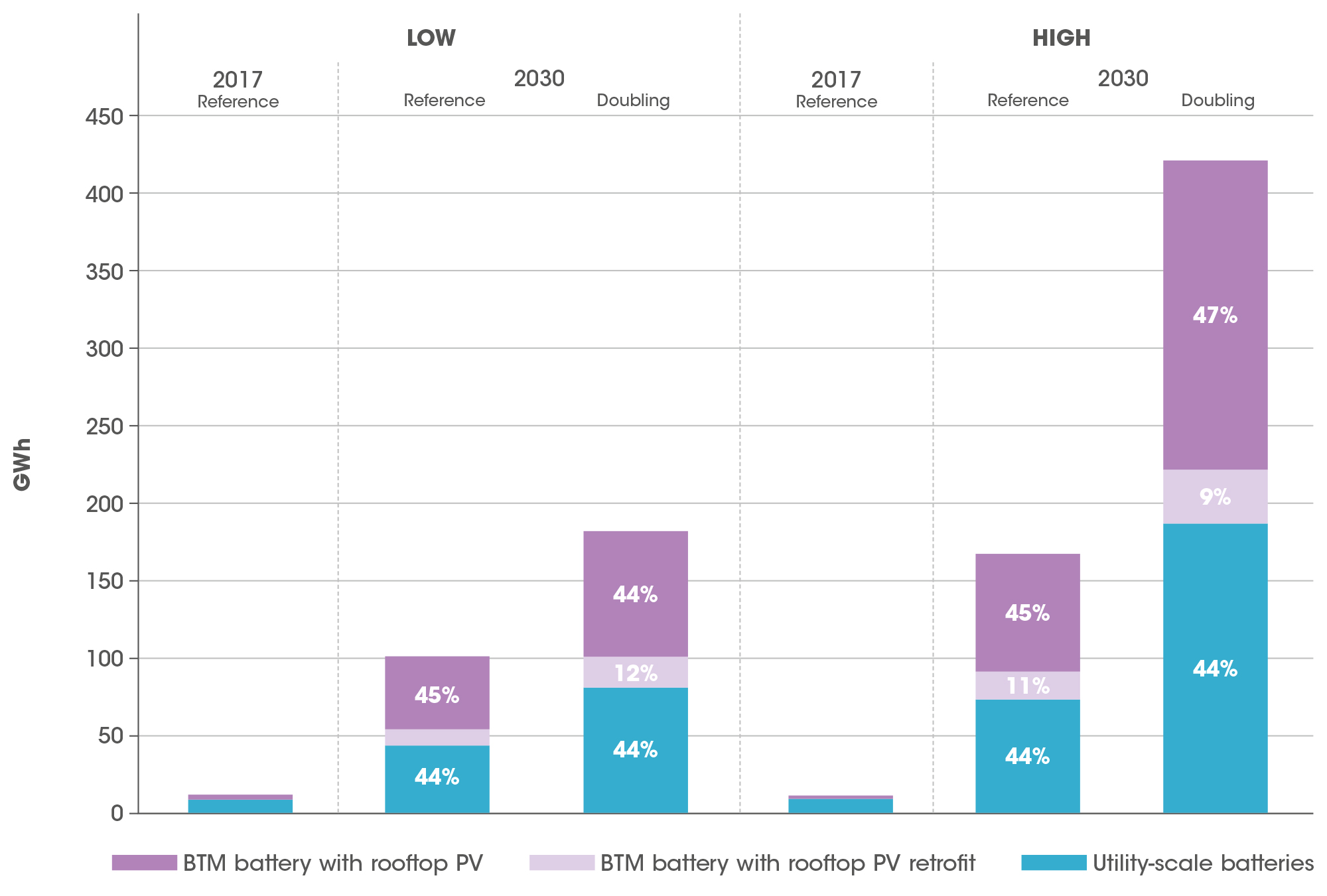 The behind-the-meter (BTM) batteries are connected behind the utility meter of commercial, industrial or residential customers, primarily aiming at electricity bill savings. Installations of BTM batteries globally is on the rise. This increase has been driven by the falling costs of battery storage technology, due to the growing consumer market and the development of electric vehicles (EVs) and plug-in hybrid EVs (PHEVs), along with the deployment of distributed renewable energy generation and the development of smart grids. In Germany, for example, 40% of recent rooftop solar PV applications have been installed with BTM batteries. Australia aims to reach one million BTM batteries installations by  2025, with 21 000 systems installed in the country in 2017. 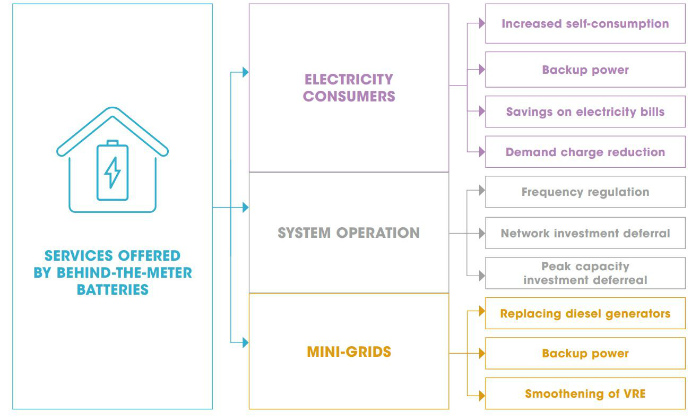 Overall, total battery capacity in stationary applications could increase from a current estimate of 11 GWh to between 180 to 420 GWh, an increase of 17- to 38-fold. 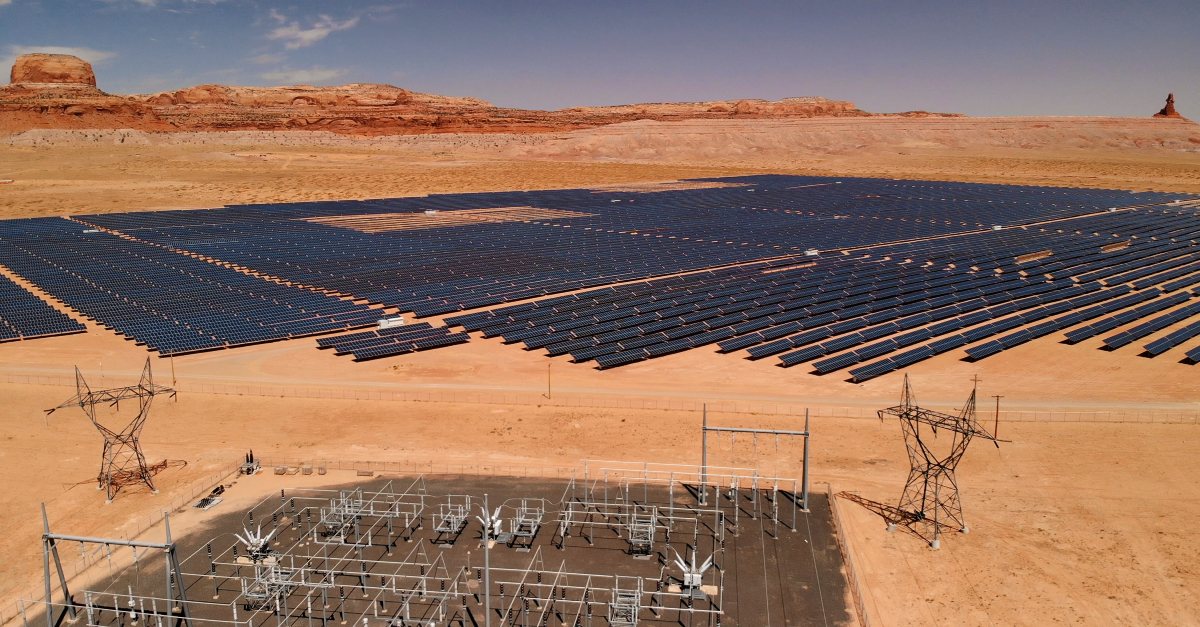