Five Reasons Why Countries in the Gulf are Turning to Renewables 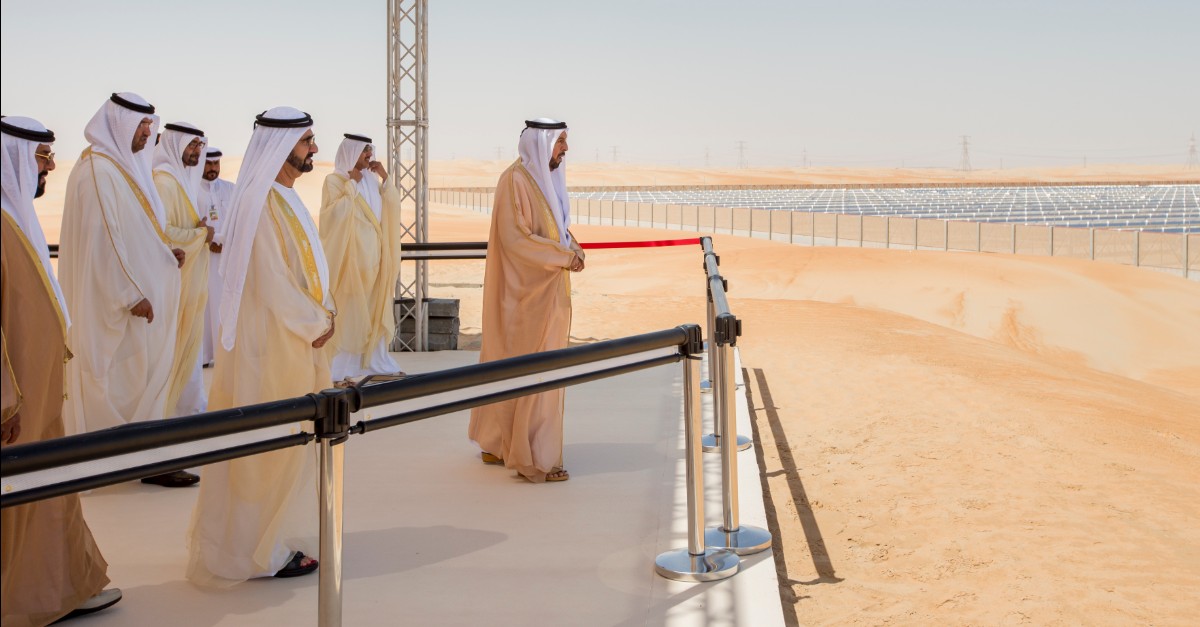 As global leaders look to renewables as a way to address the growing and multi-dimensional threat of climate change, traditional energy countries in the Gulf Cooperation Council (GCC) are embracing renewables faster than ever before. Led by efforts in the United Arab Emirates and Saudi Arabia, the GCC has become crucial to global efforts in support of the energy transformation.

As the IRENA Director-General Francesco La Camera said recently at the International Energy Forum in Riyadh, Saudi Arabia: “It is perfectly possible to generate sufficient cheap, reliable energy from renewable sources. Not only is it possible, but it is also our best option, as it would bring higher socio-economic benefits than business as usual, and it would allow us to effectively address climate change.”

For the Gulf, renewables bolster energy security and support economic diversification whilst offering nations rich in renewable energy resources, an opportunity to explore their full economic potential. They also offer a second chance at energy leadership. Today, much of the global cost reductions witnessed in renewables have come from the Gulf. And by driving down the price of renewables and investing abroad, the Gulf is also shaping the energy transformation in other regions.

Here are five reasons why GCC countries are turning to renewables:

Renewables are the most practical and readily available climate solution

According to an IRENA analysis, the accelerated deployment of renewable energy in the GCC region can reduce emissions of CO2 by 136 million tonnes. As nations are being urged to step up their renewable energy targets to keep the world well below 2° Celsius of warming, the UAE has more than doubled its existing pledge, committing to 50 per cent clean energy by 2050 at the UN Climate Action Summit in New York, resulting in even more CO2 reductions than predicted.

The business case for renewables is a central motivating factor for the Gulf’s transition towards renewables. Today, renewable energy is the most cost-competitive source of new power generation in the GCC, replacing traditional energy sources as the answer to the region’s fast-growing domestic energy demand. Recently, the 900 megawatt (MW) fifth phase of the Mohammed Bin Rashid Al Maktoum Solar Park in the UAE received one of the lowest bids for a solar PV project in the world at 1.7 cents per kilowatt hour (kWh).

Long-term policy objectives seen in the GCC region, including private enterprise, education, training and investment in local skills and human resources, can facilitate the rise in the number of jobs in the renewable energy sector. IRENA’s data suggests that renewable energy can create more than 207,000 jobs in the region by 2030 with solar technologies accounting for 89 per cent of them. The proliferation of rooftop solutions alone could employ 23,000 people by 2030 in the region.

The suitability analysis for solar PV technology in the GCC reveals strong potential for deployment in all GCC countries, with Oman, Saudi Arabia, and UAE as leaders. Furthermore, areas in Kuwait, Oman and Saudi Arabia also boast good wind resources. Technologies such as biomass and geothermal power may hold additional potential but remain underexplored. According to IRENA analysis, based on targets in 2018, which, if met, could result in about 72 GW of renewable energy capacity in GCC by 2030.

Water scarcity is an acute challenge in the region, with four of the six GCC countries ranking within the top 10 most water challenged on earth according to the World Resources Institute. And with one of the fastest-growing populations in the world, the region’s demand for water is expected to increase fivefold by 2050. If the GCC countries were to realise their renewable energy targets, this would lead to an estimated overall reduction of 17% and 12% in water withdrawal and consumption, respectively, in the power sectors of the region. Much of this reduction would be in Saudi Arabia and UAE, due to their plans to add significant shares of renewable energy in the power sector.