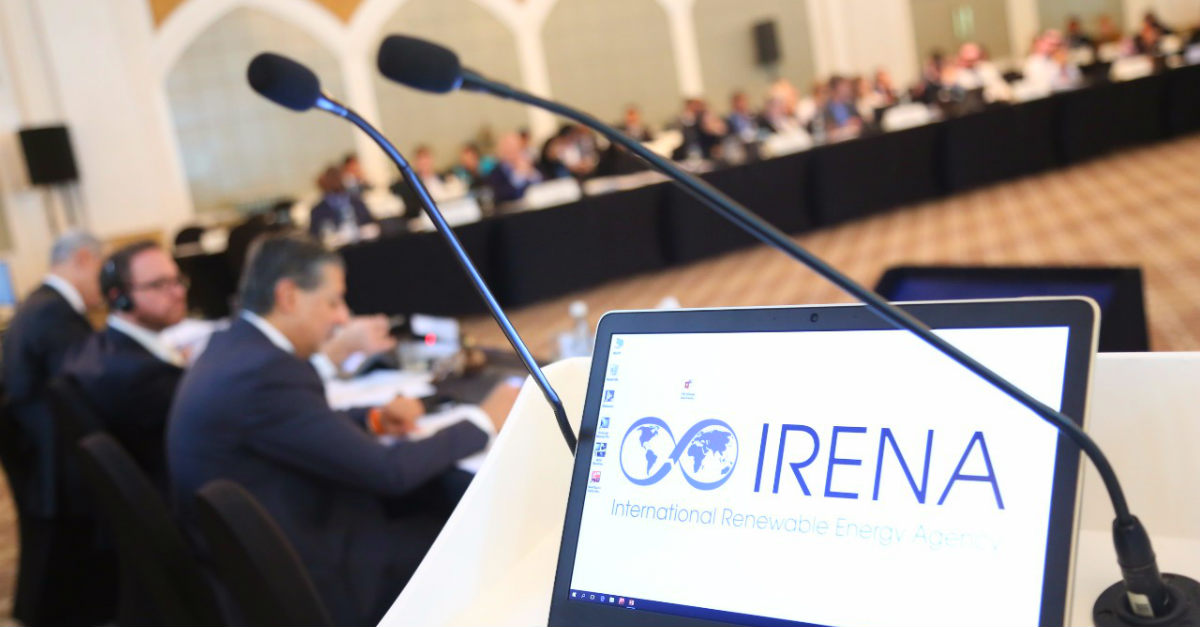 102 member states, including new-joiner Ukraine, plus the European Union and approximately 300 representatives, gathered in Abu Dhabi for the 15th Council of the International Renewable Energy Agency (IRENA) in Abu Dhabi, in May 2018. Chaired by Mr. Sebastian Kind, Undersecretary for Renewables at the Ministry of Energy for Argentina with support from Vice Chair Ambassador Perina Sila from Samoa, the meeting’s strong attendance, and IRENA’s growing membership were demonstrations of the commitment that exists globally to accelerate energy transformation whilst supporting low-carbon economic agendas.

More than 10 million people are now employed by the renewable energy industry, according to @IRENA. Just the latest proof that the Sustainability Revolution is the greatest investment & job creating opportunity in history. https://t.co/ZAaPSzUMcK

Excellent news that the number of people working in the #renewable energy sector has surpassed 10 million. Further evidence that the shift to low carbon means creating more sustainable jobs. Important as societies move to implement the #ParisAgreement and #GlobalGoals #SB48Bonn https://t.co/SxTeuBaWuH

Reflecting on the Agency’s now 156 members and 26 states in accession, Director-General Adnan Z. Amin said: “This near-universal membership achieved in a relatively short time reflects the eagerness of countries from around the world to be part of the momentum of energy transformation and to engage in a forum where they all have an equal voice.”

The meeting took place against a backdrop of strengthening evidence that the socioeconomic impact of energy transformation is significant and rising. A Renewable Energy and Jobs - Annual Review 2018 report released by IRENA at the start of the two-day meeting outlined the extent to which the global development agenda and the low-carbon energy agenda are correlated, announcing the fact that more than 500,000 new renewable energy jobs were created in 2017 – a year in which renewable energy installations reached a record 167 GW -lifting the total global workforce to 10.3 million. The news was greeted with support from key actors in the global sustainability dialogue, all over the world.

The Agency’s new jobs data underpinned a broader sustainable development discussion on day one of Council that reinforced the centrality of SDG7, which seeks to ensure access to affordable, reliable, sustainable and modern energy for all by 2030, to the attainment of a number key sustainable development goals from job creation and economic growth, to improved health, poverty eradication and climate action.

Dr. Rabia Ferroukhi, lead author of the Renewable Energy and Jobs report and Head of IRENA’s Policy Unit and Deputy Director of Knowledge, Policy and Finance said “The energy transformation narrative is one of improving economic opportunity and a rise in social wellbeing as countries implement supportive policies and attractive regulatory frameworks to fuel industrial growth and sustainable job creation.” 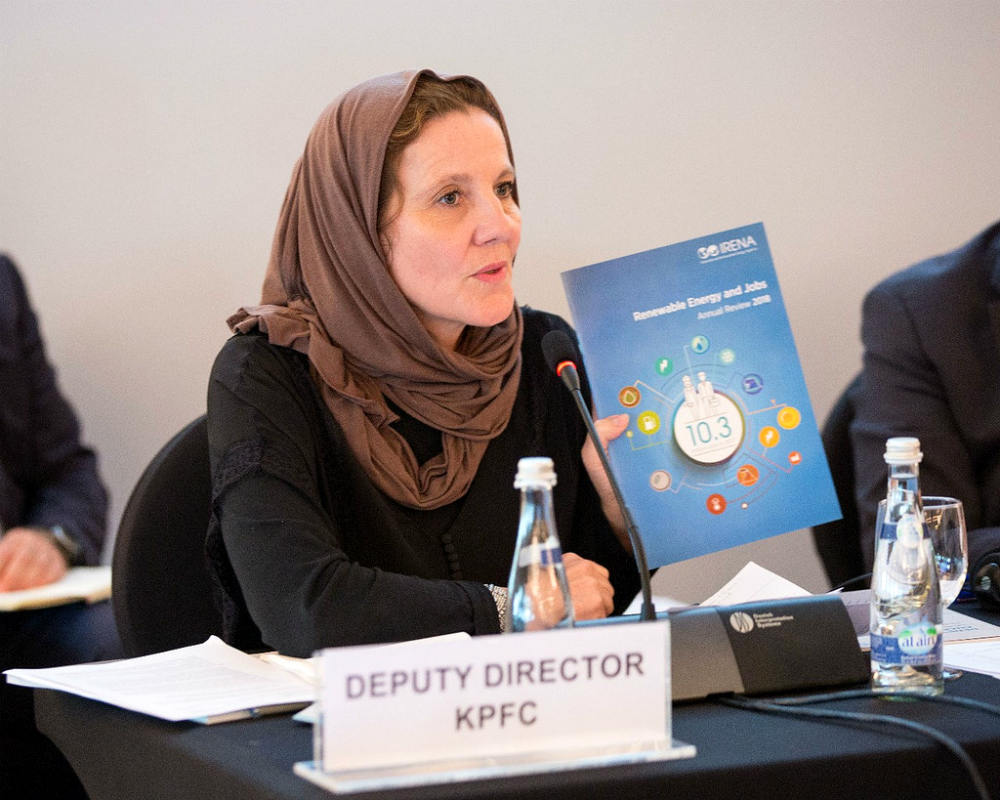 The United Arab Emirates’ new permanent representative to IRENA, Dr Nawal Al-Hosany, offered her support for the work of the Agency to measure and articulate this socioeconomic narrative. And Uganda’s Minister of State for Energy Simon D'Ujanga reminded attendees of the critical role renewables are playing in lighting up rural communities in Africa.

'SDG7 Sustainable energy for all means energy for the poorest. Uganda has only 21% rural electrification & renewables are helping raise this while being key to reaching more than 1.5 million refugees in Uganda'—#Uganda's Minister of State for Energy Simon D'Ujanga #IRENACouncil pic.twitter.com/uFQm99Jb3R

At the heart of this progress, is innovation. Improving technologies are driving costs down, and creating opportunities for renewable energy deployment and integration that did not previously exist. The afternoon session of day one included a detailed discussion about the need for innovation beyond the power generation sector, as we work to accelerate the pace of decarbonisation in transport, buildings and industry. “The electrification of these sectors creates opportunities for the integration of renewable energy generation with especially interesting possibilities at the crossroads of transport and power sector, underpinned by the rise of electric vehicles,” said Director-General Adnan Z. Amin.

The Director-General stressed that the world needs to see a significant rachetting up of electrification in end-use sectors equal to doubling the share of power in total final energy consumption from 20 per cent in 2015 to 40 per cent in 2050, with renewables contributing to more than 85% of electricity supply by then. Highlighting the importance of system innovation, Dolf Gielen, Director of IRENA’s Innovation & Technology Centre said the future energy system is about "digitalisation, decentralisation and decarbonisation”.

Day two of Council brought IRENA’s Global Energy Transformation: Roadmap to 2050 report, released during the Berlin Energy Transition Dialogue a couple of weeks prior, into sharp focus. The report outlines a global pathway towards energy decarbonisation in line with the 2 degree temperature rise target under the Paris Climate Agreement. Its message is clear – more needs to be done, in fact a six-fold increase in the speed of adoption is necessary to bring the share of renewables to 65 per cent of total final energy by 2050.

In doing so however, countries can expect tremendous long-term socioeconomic benefits. While the report found that the additional costs of comprehensive long-term energy transition would amount to USD 1.7 trillion annually in 2050, the gains in human health through lower CO2 emissions alone would generate savings of USD 6 trillion annually by 2050, three times larger than the additional cost of decarbonisation.

The global economy would grow by 1 per cent above business as usual by 2050 and jobs – having passed the 10 million market last year – could reach more than 28 million. Overall welfare would improve by 15 per cent in 2050, thanks largely to reduced climate impacts and a fall in air pollution the report points out. Support for developing nations, said some members, from developed ones through the platform of IRENA would be key to successfully increasing the speed of action.

Day two’s other key focus was on regional developments in South East Europe. An IRENA report entitled Cost-competitive renewable power generation: Potential across South East Europe released in 2017 formed the basis of a discussion  centred on the region’s vast resource abundance. Renewable energy potential in the region is around 740 GW highlights the report, with 127 GW of this deployable in a cost-competitive manner today.

“The report sends a very clear message to policy makers that the next phase of long-term energy strategies in the region for 2030 must fully take into account the cost-competitive potential of renewables,” said the Director-General. And while South East Europe provides an excellent example of the cost-effective and yet unexplored potential of renewable energy, this was very much a message for policy makers in every corner of the world.

‘In developing countries great efforts are needed to meet the objectives of a global energy transformation. The experience of developed countries is invaluable, but we need some hand-holding & @IRENA can help facilitate that’—#DominicanRepublic’s Angel Canó Sención #IRENAcouncil pic.twitter.com/ZcBtdiljut

“The global energy transition should be fair, not only within countries but between developed and developing countries. A transfer of technology will help to achieve this and is key to the energy transition”—#Belgium's Dominique Mineur #IRENAcouncil pic.twitter.com/zNudJfQ0Vt 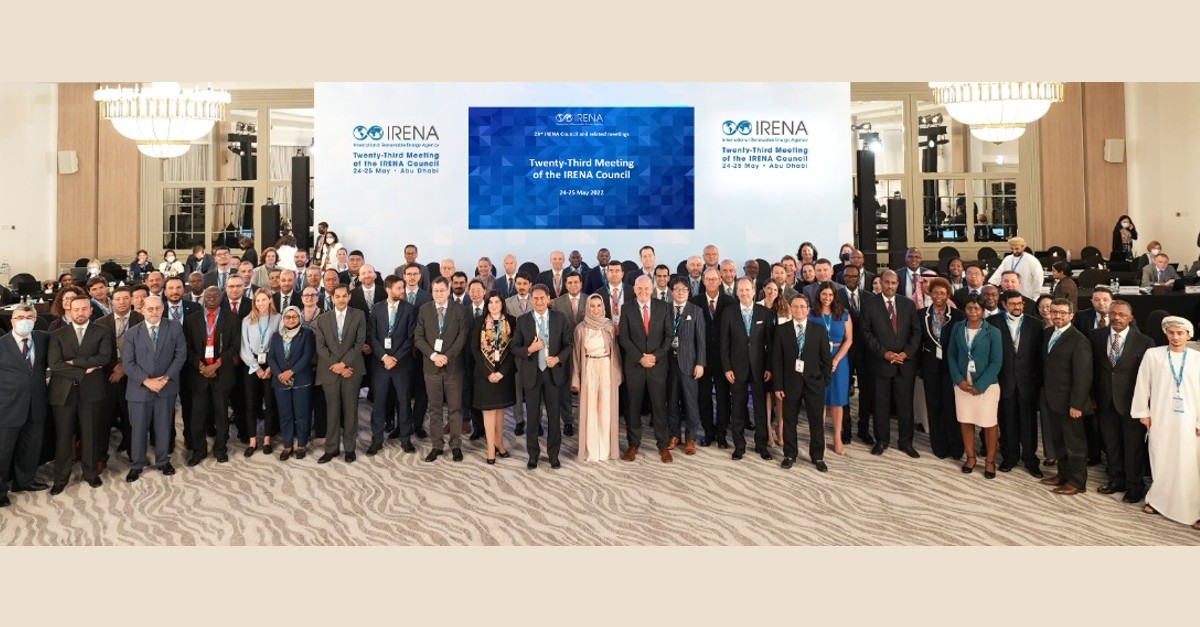 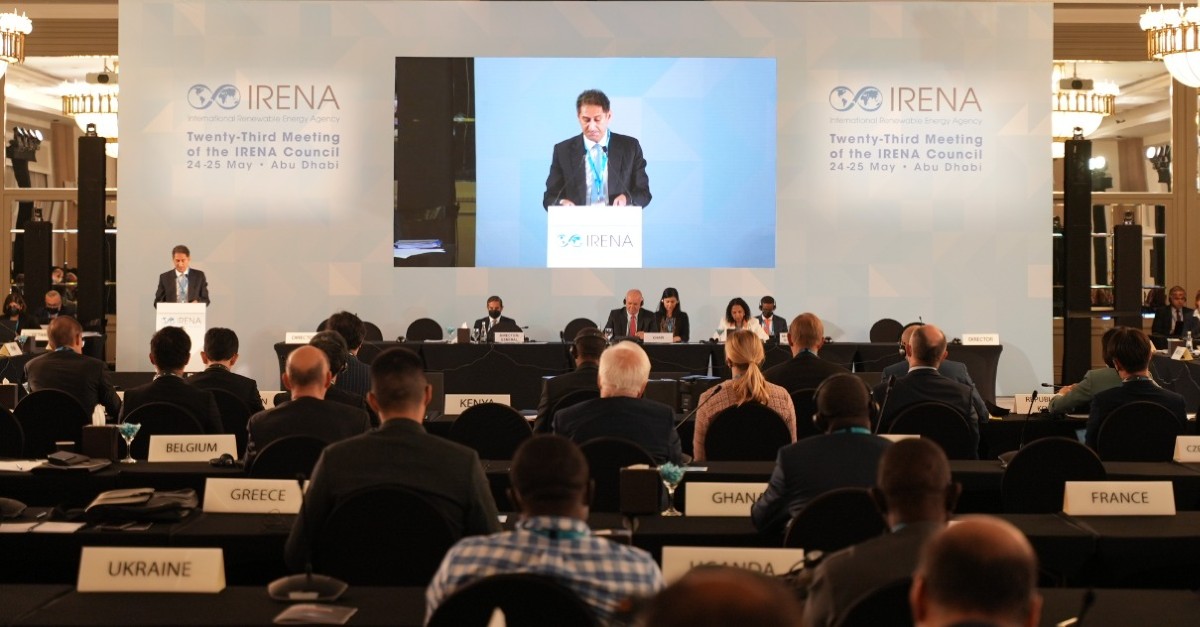