The Age of Renewable Energy Diplomacy 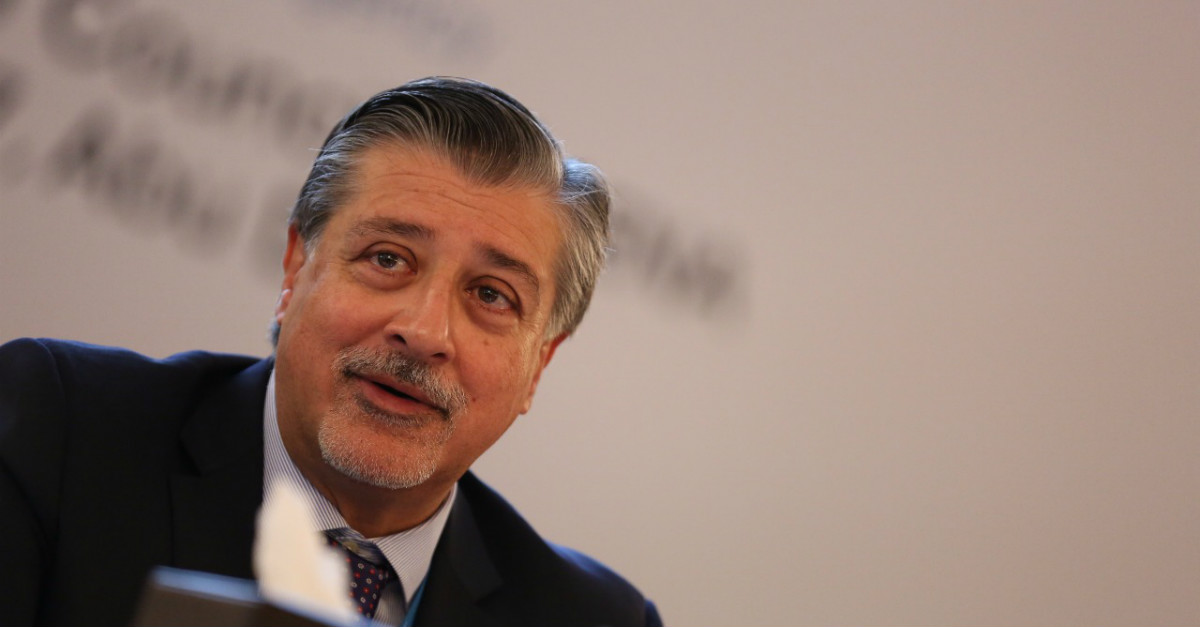 Adnan Z. Amin, Director-General of IRENA reflects on how the rise of renewables will change the geopolitical landscape for the better, and how diplomats can make the most of the age of renewable energy.

Energy is vital to how our economies and societies function, and is now firmly on top of the global agenda for forums ranging from the United Nations to the G7 and G20. It therefore comes as no surprise that foreign ministries around the world are playing an increasing role in shaping strategic thinking on energy issues and steering international energy cooperation.

As every good diplomat knows however, change is always afoot. Global energy demand is set to rise by 30 per cent by 2030, led by developing countries, reflecting an expanding global economy, rapid industrialisation, population growth, urbanisation and improved energy access. At the same time, we are all joined in the common, global challenge of combatting climate change, protecting our environment and achieving sustainable development. These factors have made the development of sustainable sources of energy a pressing global priority.

The stage is set for the age of renewable energy. In just a few years, renewables have moved to the centre of the global energy landscape: rapid technological advances and falling costs, combined with innovative policies and financing mechanisms, have built a strong business case for renewables, making it competitive with conventional sources of energy. The year 2016 was the strongest yet for new renewable energy capacity additions in the power sector with total capacity reaching over 2,000 gigawatts, marking the fourth consecutive year that renewables outpaced the growth in all other electricity sources. Investment into renewables accounted for nearly US$270 billion in 2016. Costs have continued to plummet, with a global record price of US cents 2.42/kWh recorded for a solar PV plant in Abu Dhabi, meaning that we are getting more energy for each dollar invested.

These remarkable advances have taken place in less than a decade, and more is yet to come. This year, IRENA developed a study, commissioned by the German Presidency of the G20, on decarbonisation of the energy sector in line with the ‘well below 2°C’ target of the Paris Agreement. Perspectives for the Energy Transition finds that if we are to meet our targets for limiting climate change, the share of renewables in the primary energy supply would need to rise to 65 per cent by 2050, up from 15 per cent today.

This would require additional investments, in particular for transforming end-use sectors such as transport, buildings and industry. But these investments would be outweighed by the economic and social benefits of the energy transition. Global GDP will be boosted by around 0.8 per cent in 2050, the equivalent of almost US$19 trillion in increased economic activity between today and 2050. Renewable energy jobs would reach 26 million by 2050, from 9.8 million today. Meanwhile, the estimated value of improved human welfare as a consequence of avoided air pollution and climate change would exceed the cost of a transition by a factor of four to fifteen.

These figures are particularly important at a time when diplomats are seeking ways of achieving the goals of Agenda 2030 that were adopted by the United Nations General Assembly in 2015. Renewable energy will be key to the implementation of most of the Sustainable Development Goals, including Goal 7 on affordable and clean energy. 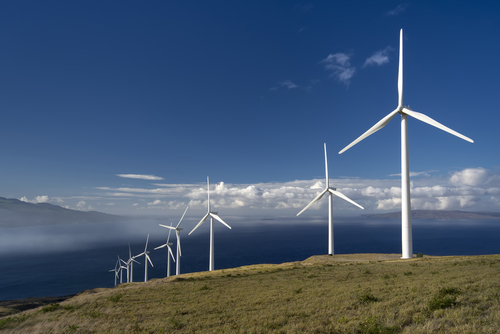 The rise of renewables is transforming the energy sector, but the nature and extent of their impact on the geopolitical landscape are not yet fully understood. Diplomats will need to be prepared to think creatively and critically about the global energy transition and how to reap its benefits for their countries.

First, renewables may change the way states relate to each other in the area of energy. Renewable energy resources are abundant globally and, if effectively harnessed, they have the power to enhance the energy security of states that currently rely significantly on imports. It is no coincidence that some countries that have been at the forefront of renewable energy deployment, such as Chile and Morocco, have traditionally been heavily dependent on energy imports. Morocco now aims to have 52 per cent of electricity generation come from renewables by 2030.

But not all renewable sources are the same – variable renewables such as solar and wind require flexible power systems capable of balancing supply and demand in realtime. In the European Union, growing cross-border trade in electricity saves customers from €2.5 to 4 billion annually, creating new energy relationships through a new form of interdependence.

Such interconnections can be strong vehicles for cooperation between countries, and clean energy corridors are being developed across Africa and Central America with IRENA’s support. If managed properly, these relationships can help make our electricity cheaper, our systems more effective, and could increase interdependence among nations. But this will require diplomats, along with other government officials, to build the cooperative frameworks that will allow electricity to flow freely in well-regulated and transparent markets.

Second, countries that currently produce large shares of fossil fuels will need to prepare themselves for a new energy paradigm. We can already see this happening. Russia and Saudi Arabia, for instance, are increasingly looking to renewables as a means of economic diversification and a source of sustainable growth. A recent renewable energy auction in Saudi Arabia attracted a record-low bid of 1.79 US cents per kilowatt hour, which would shatter all previous records if awarded. The bidders were the Emirati company Masdar and the French conglomerate EDF.

The leaders of the United Arab Emirates have long been clear that their country’s oil assets must be used to prepare for the future and have made significant progress towards diversifying the UAE economy. Masdar City, launched more than a decade ago, and where IRENA is based, is a pioneering initiative reflecting a bold vision for this future.

Through the UAE energy strategy adopted last year, the UAE government has continued to show high ambition, aiming to raise the share of renewable energy in power generation to 44 per cent by 2050. It has also recognised the ability of renewables to combat water scarcity, both as an energy source with a low water demand and as a way of sustainably powering energy-intensive desalination facilities.

Importantly, the UAE’s vision has included the diplomatic arena, where the leaders have worked to extend the country’s long-standing leadership in the current energy paradigm into the next, not least as the host country of IRENA. While energy diplomacy will be transformed, the UAE is showing how to leverage advantages of today to seize those of tomorrow Third, each energy paradigm comes with its own opportunities and risks, as will be the case for the age of renewables. While challenges such as cybersecurity threats are not new to diplomats, and do certainly not originate with renewables, they may come to pose specific risks as countries rely increasingly on renewable energy. It will be important for foreign ministries to give enhanced attention to renewable energy as they develop strategies for meeting emerging security challenges.

But ultimately, the opportunities of renewables far outweigh any potential risks. The potential of renewables to improve energy access, spur sustainable economic growth and create jobs where they are most needed means that a sustainable energy future is not only a necessity, but a common path towards peace and prosperity. This will be the job of current and future generations of diplomats, and we at IRENA will continue to work with you to make that future a reality through international cooperation.

This piece was originally published by the Emirates Diplomatic Academy. 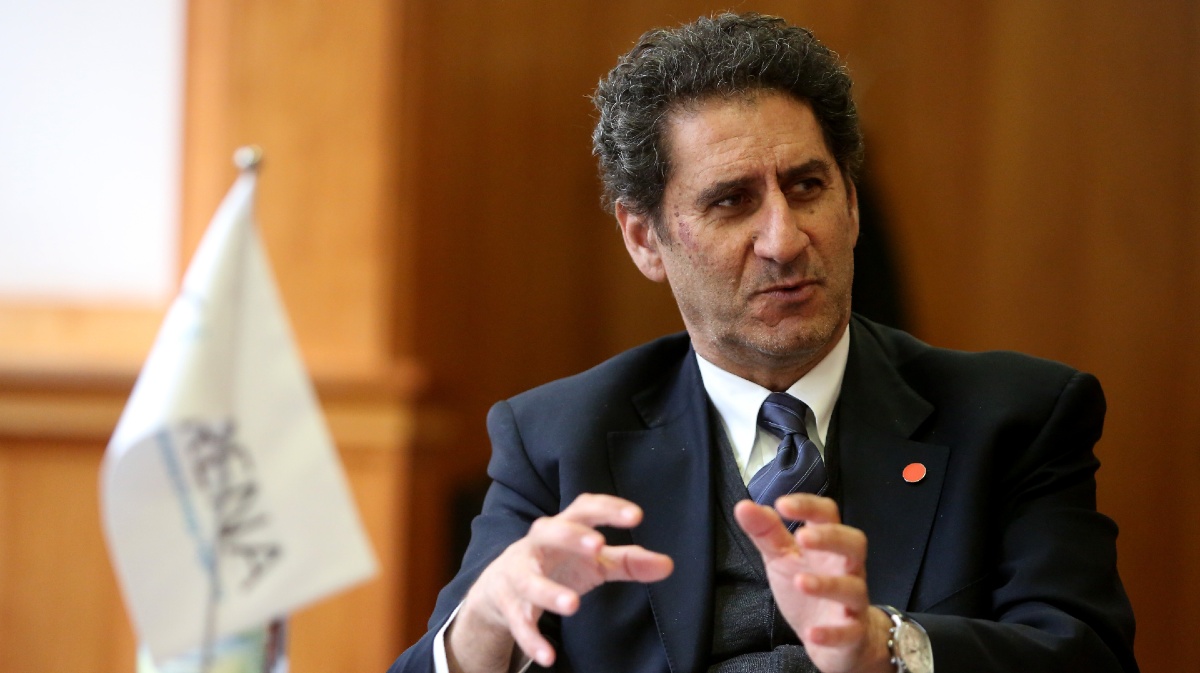 SDG 7 at the Heart of COVID-19 Response and Recovery