A joint study published today by the International Renewable Energy Agency (IRENA) and the European Patent Office (EPO) uses patent statistics to reveal the trends and dynamism in the field of hydrogen that can be produced using renewable electricity via electrolysis. Innovation trends in electrolysers for hydrogen production shows that patent filings for hydrogen production technologies have grown on average by 18% each year since 2005.

Renewables-based hydrogen can be used as feedstock for the chemical sector and as fuel in fuel cells where the only by-product is water. It can also replace fossil sources in synthetic fuels, for example, when combined with captured carbon. Additionally, hydrogen is abundant and can be obtained through the electrolysis of water, using renewable electricity, in the presence of electrocatalysts. These factors make hydrogen very attractive as a green energy source – but only provided that its production, through electrolysers, is green too.

The new report tracks the evolution of patent filings over the last 15 years and highlights several trends, including: 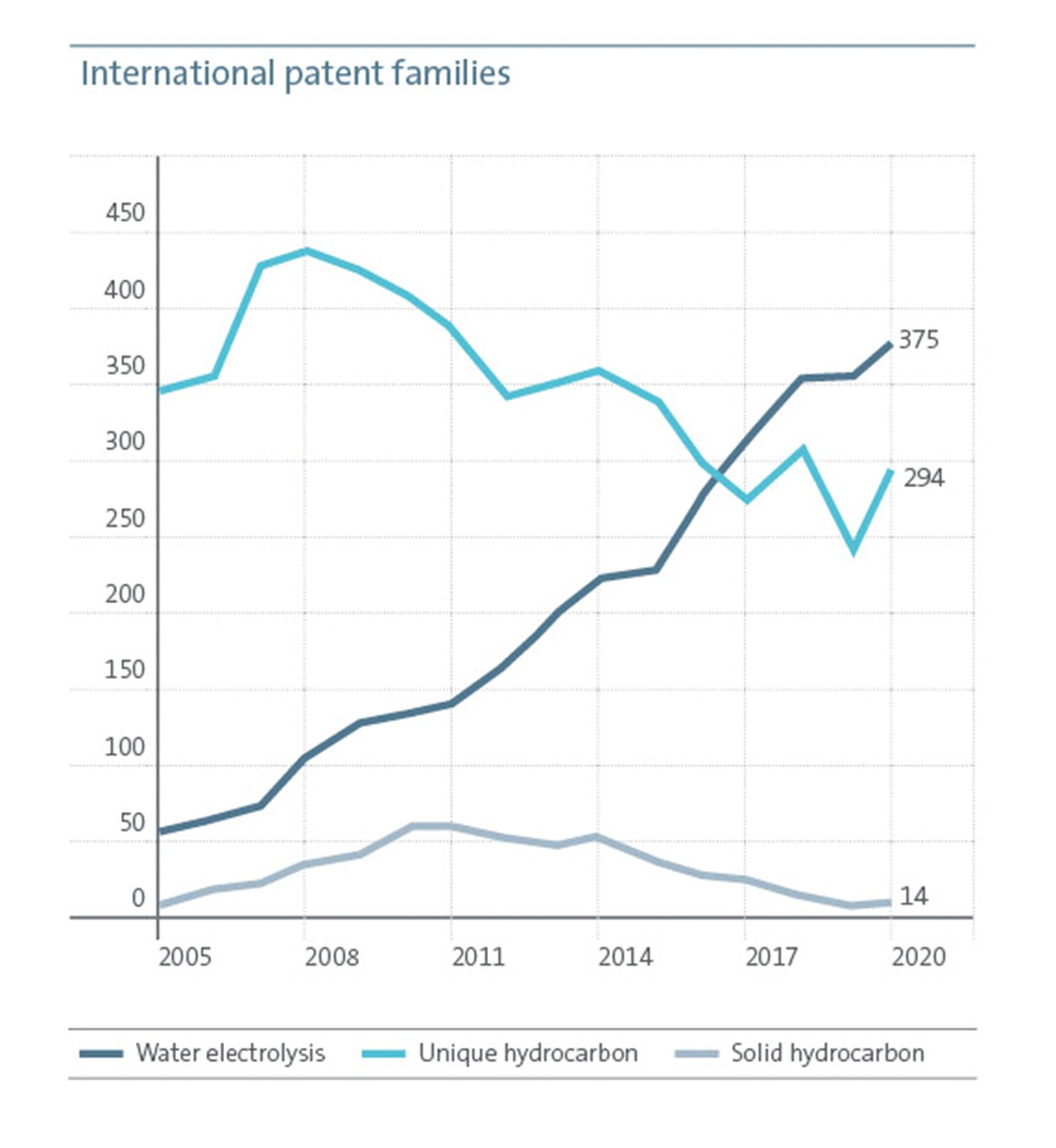 The demands for cleaner energy have never been greater. Although patent filings show a steep increase, the report underlines that major innovations in electrolyser technology are still needed to further reduce its costs and make it market-ready at industrial levels. With its charts and commentary, today’s report is useful to technologists, companies and investors wanting to better understand these rapidly expanding technology domains.

IRENA has been driving the global agenda on hydrogen within the wider context of accelerating the global energy transition in pursuit of the 1.5˚C climate goal. Find out more about IRENA’s work on green hydrogen and electrolysers on the publication page at irena.org.