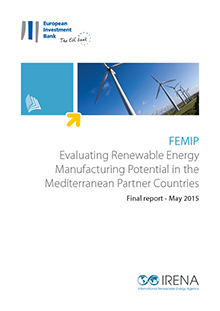 The resulting report identifies challenges and outlines key recommendations based on research and interviews with policy makers and industry stakeholders in the MPCs. It also highlights experience gained in countries that have previously developed renewable energy manufacturing capacities.

Egypt, Morocco and Tunisia offer strong advantages for solar photovoltaics (PV), concentrated solar power (CSP), and onshore wind development. Their potential of these countries for renewable energy manufacturing is based on market size and track records in related industries, as well as their rich renewable energy resources.

The report is also hosted on the EIB website.