IRENA report shows renewable generation, green hydrogen and EVs are the most cost-effective energy strategy for the Caribbean island.

Working closely with the government of Antigua and Barbuda, IRENA’s Antigua and Barbuda: Renewable Energy Roadmap report suggests the country’s least cost option for zero-carbon energy system would include 90 per cent renewable power generation from solar and wind. Additionally, the country can achieve 100 per cent renewables by integrating flexibility measures including green hydrogen and a fully electrified transport system.

Antigua and Barbuda’s Minister of Health, Wellness and the Environment, the Honourable Sir Molwyn M. Joseph said: “Rising energy costs have impacted communities, households and businesses. The nation’s vulnerability and exposure to risk necessitates the transformation of its energy system to better adapt to the impacts of climate change.

“The Government has made a written commitment to carbon neutrality by 2050,” continued Minister Joseph, “with the aim to not only contribute to emission reductions but more importantly to develop a robust national energy system that is based on the utilisation of abundant natural energy resources such as solar and wind.”

Antigua and Barbuda currently sources close to 97 per cent of its energy needs through fossil fuel imports, however the government has proposed an ambitious renewable energy goal to increase the share of renewables to 100 per cent by 2030 for the revision process of the Nationally Determined Contributions. Under the current trajectory, renewables in the power sector would grow from just over three per cent now to around nine per cent in the coming years, far below national targets.

“As with many of the world’s small islands, Antigua and Barbuda can achieve significant socioeconomic gains through a renewable energy-led energy transition,” said Francesco La Camera, IRENA Director-General. “Greater energy security, reduced costs and the creation of local jobs are just some of the ways in which renewables will deliver a more stable and sustainable future. Using the findings of this analysis as a starting point, will work closely with the government of Antigua and Barbuda to help the country realise its full energy potential.”

Antigua and Barbuda is a small island state with no indigenous fossil resources for energy supply. Currently, fossil fuel imports account for more than 10 per cent of the country’s GDP. IRENA’s recommendations would involve liberating state funds for investment in domestic renewable energy development. 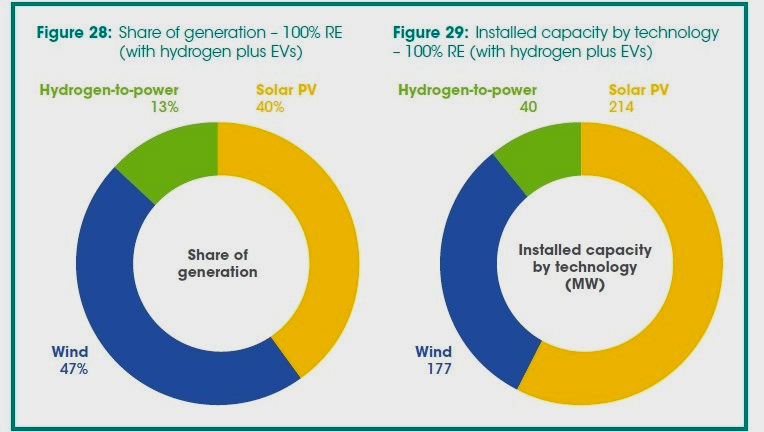 The roadmap provided suggestions on possible policies and regulations that the Government of Antigua and Barbuda could implement to support the achievement of its ambitions, including following international best practice procurement guidelines, moving ahead with renewable-only independent power producers and incorporating flexible residential solar PV into the planning and operations of the power system.

For the full findings, you can access the full report.