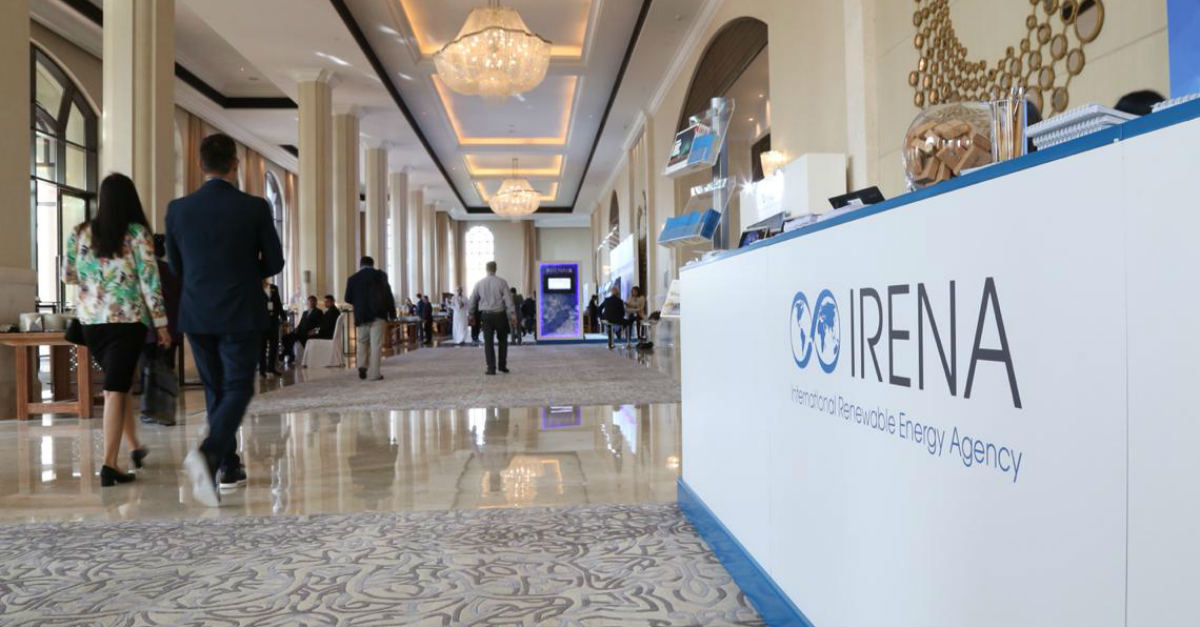 Abu Dhabi, UAE, 10 January 2019 – Heads of state and governments, more than 120 ministers and representatives from 160 countries will gather this week to engage in high-level discussions to accelerate renewable energy deployment in support of the sustainable development goals and global climate objectives. The officials will attend the ninth Assembly of the International Renewable Energy Agency (IRENA) – the world’s principal forum for international cooperation on renewable energy – taking place from 11-13 January 2019 in Abu Dhabi. This is the largest number of ministerial level participants to have registered for an IRENA Assembly ever. The policymakers will be joined by high-level representatives from international organisations, private sector, and civil society.

The Assembly is taking place against a backdrop of falling cost of renewable energy, a growing recognition of its socio-economic benefits and calls for greater action to avoid the worst effects of climate change. In October, the UN Intergovernmental Panel on Climate Change’s (IPCC) report highlighted that the world has just 12 years left to take decisive action on climate mitigation and called for a rapid and far-reaching energy transformation based on renewables. According to IRENA analysis, renewable energy deployment must accelerate by a factor of six to meet the goals of the Paris Agreement. This year, the Assembly will be presided over by H.E. Mr. Li Fanrong, Vice President of China’s National Energy Administration.

“Renewable energy presents a tremendous economic and social opportunity to industrialised and developing economies alike” said IRENA Director-General Mr Adnan Z. Amin. “IRENA’s almost-universal membership is an indication that renewable energy is truly a global undertaking and a key policy priority for countries all over the world. Their ability to navigate this transition is strengthened through engagement with the Agency.

By bringing together policymakers from the whole world, the IRENA Assembly provides a truly unique platform for strengthening international cooperation on energy transformation,” concluded Mr. Amin.

“It is an honour to be President of IRENA’s ninth Assembly,” said Mr. Li Fanrong. “China has made renewable energy a clear strategic priority to serve both our economic and environmental goals but also to strengthen China’s contribution to key global objectives. This pursuit has been greatly supported by the international cooperation fostered by IRENA.

“The Assembly has come to represent an important opportunity to bring the global community together,” continued Mr. Li. “Our deliberations over the next few days will no doubt offer every country the insight and guidance necessary to stimulate further growth in the deployment of renewable energy as well all work to meet these pressing global objectives.”

The Assembly will feature several key discussions on critical issues related to the advancement of renewable energy, including:

The Assembly will also decide on the selection of a new Director-General.

A number of the Assembly's Plenary discussions will provide opportunities for contributions from IRENA Member delegations, stakeholder groups and the private sector. Plenaries will focus on aspects of the Agency’s work and actions by countries in the development and deployment of renewables, including topics such as the socio-economic benefits of energy transition and the changing role of hydropower in the energy sector transformation. The Assembly will also consider the conclusions of the 16th IRENA Council and will provide guidance on specific administrative and institutional matters.

The full Assembly programme can be found here. Activities throughout the event can be followed on twitter using #IRENA9A and live coverage.