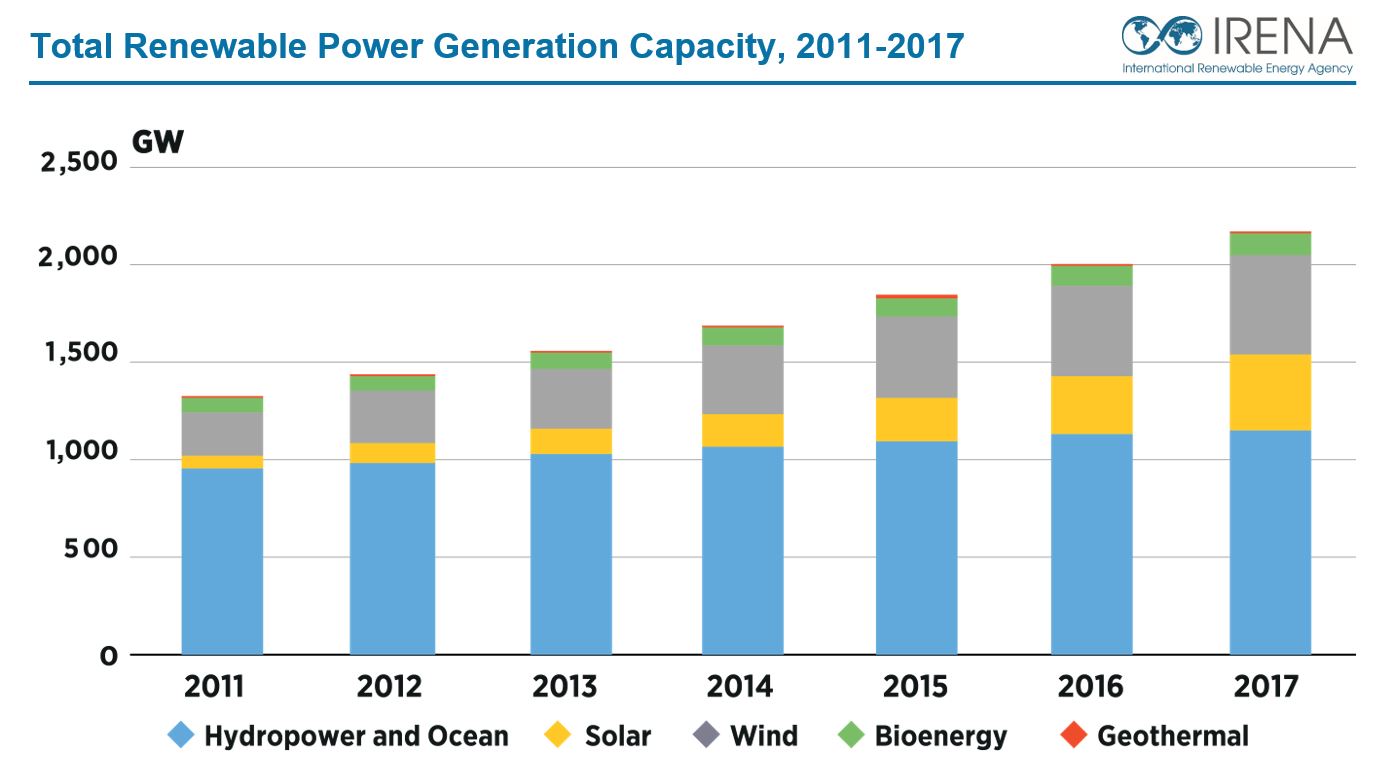 Abu Dhabi, UAE, 05 April 2018 – By the end of 2017, global renewable generation capacity increased by 167 GW and reached 2,179 GW worldwide. This represents a yearly growth of around 8.3%, the average for seven straight years in a row, according to new data released by the International Renewable Energy Agency (IRENA). Renewable Capacity Statistics 2018 is the most comprehensive, up-to-date and accessible figures on renewable energy capacity statistics. It contains nearly 15,000 data points from more than 200 countries and territories.

“This latest data confirms that the global energy transition continues to move forward at a fast pace, thanks to rapidly falling prices, technology improvements and an increasingly favourable policy environment, said IRENA Director-General Adnan Z. Amin. “Renewable energy is now the solution for countries looking to support economic growth and job creation, just as it is for those seeking to limit carbon emissions, expand energy access, reduce air pollution and improve energy security.”

“Despite this clear evidence of strength in the power generation sector, a complete energy transformation goes beyond electricity to include the end-use sectors of heating, cooling and transportation, where there is substantial opportunity for growth of renewables,” Mr. Amin added.

Solar photovoltaics (PV) grew by a whopping 32% in 2017, followed by wind energy, which grew by 10%. Underlying this growth are substantial cost reductions, with the levelised cost of electricity from solar PV decreasing by 73%, and onshore wind by nearly one-quarter, between 2010 and 2017. Both technologies are now well within the cost range of power generated by fossil fuels.

Hydropower: The amount of new hydro capacity commissioned in 2017 was the lowest seen in the last decade. Brazil and China continued to account for most of this expansion (12.4 GW or 60% of all new capacity). Hydro capacity also increased by more than 1 GW in Angola and India.

Geothermal energy: Geothermal power capacity increased by 644 MW in 2017, with major expansions in Indonesia (306 MW) and Turkey (243 MW). Turkey passed the level of 1 GW geothermal capacity at the year-end and Indonesia is fast approaching 2 GW. 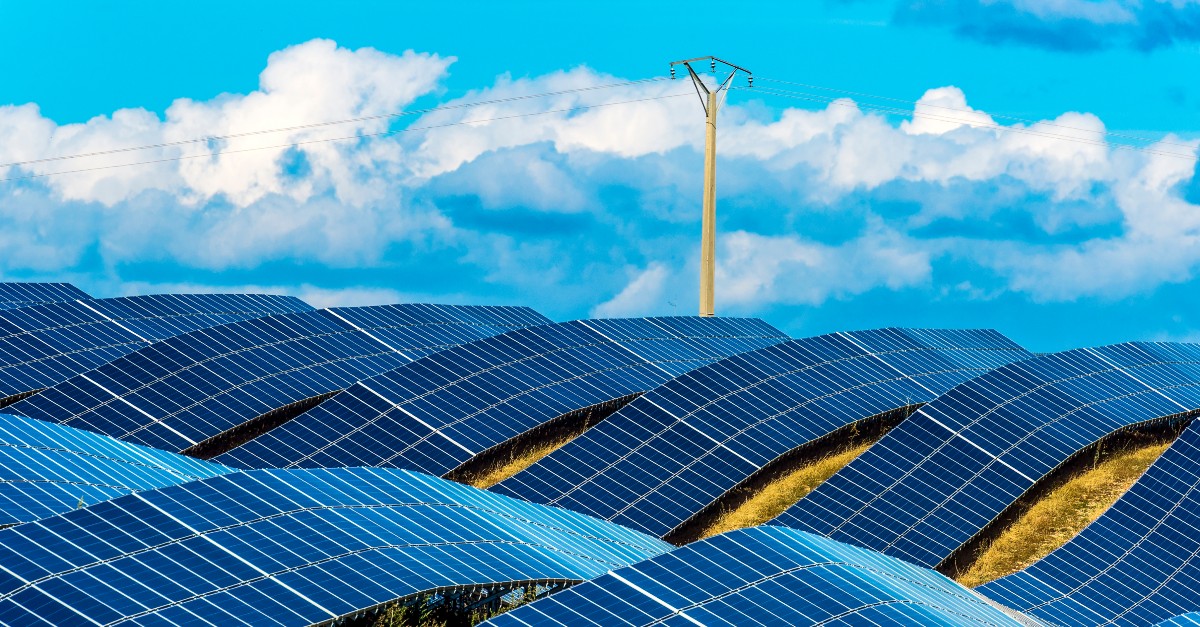 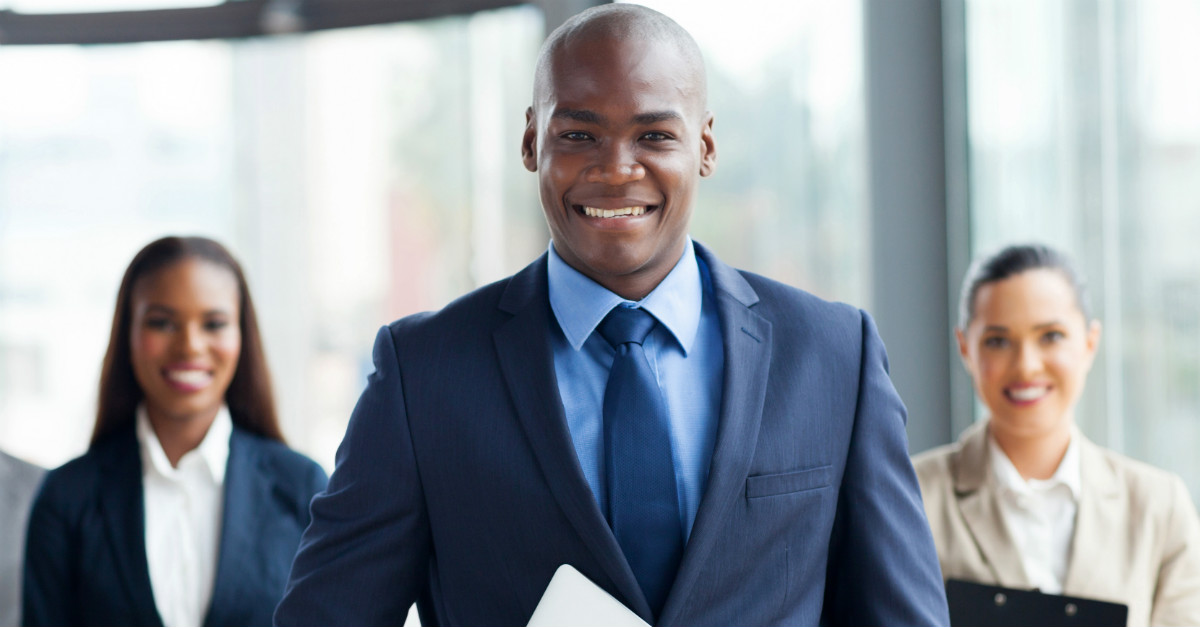 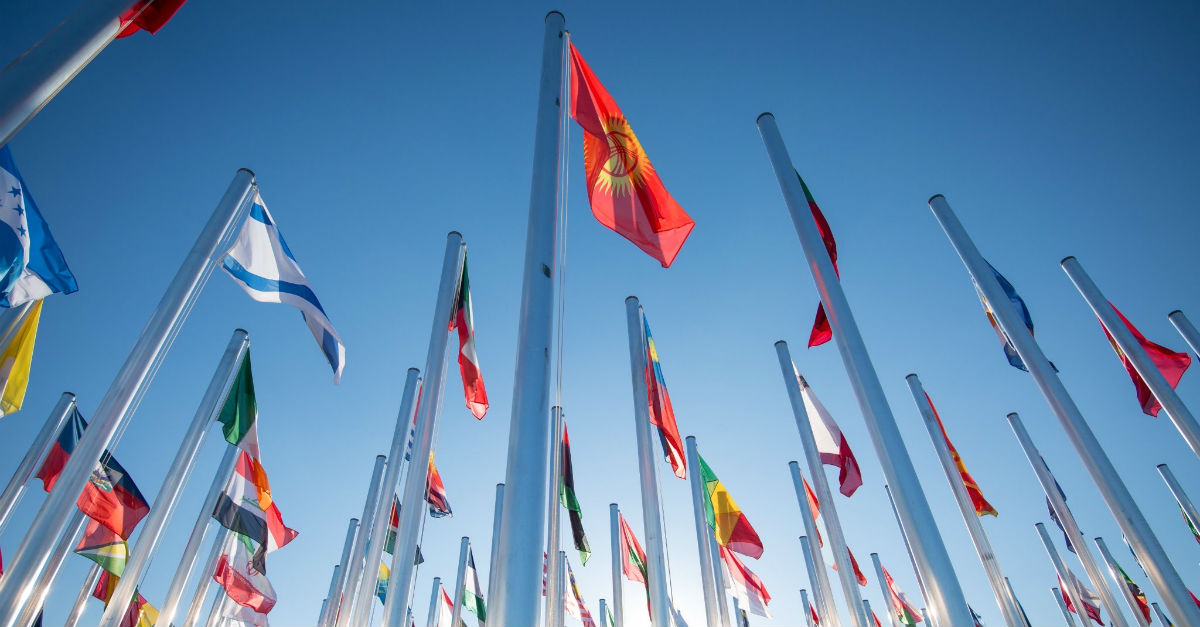 COP 25: Renewable Energy Ambition in NDCs Must Double by 2030