Nay Pyi Taw, Myanmar, 23 September 2016 – Energy Ministers from across the Association of Southeast Asian Nations (ASEAN) met today at the 34th ASEAN Ministers on Energy Meeting (AMEM) to accelerate efforts to boost renewable energy deployment in the region. ASEAN Member States are currently on track to source 17 per cent of their combined total primary energy supply from renewables by 2025. To achieve the target of 23 per cent by 2025 set by ASEAN at the 33rd AMEM, the region must rapidly accelerate the deployment of renewables.

To help enable the needed energy transition, the International Renewable Energy Agency (IRENA) and the ASEAN Centre for Energy (ACE) today gave Ministers a preview of a soon-to-be-released joint study on the potentials, costs, and benefits of renewable energy in the region. Renewable Energy Outlook for ASEAN – a REmap analysis, provides detailed technological and sectoral options for ASEAN countries to close the gap between the current and targeted share of renewables in the regional energy mix.

“ASEAN Member States are endowed with some of the best renewable energy resources in the world,” said Adnan Z. Amin, IRENA Director-General. “The analysis from IRENA and ACE shows that reaching the 23 per cent target in the ASEAN region is not only feasible, but cheaper than the alternative. Doing so however will require more emphasis on renewables across all sectors, including heating, cooking and transport.”

Sanjayan Velautham, ACE Executive Director added that “This study will help ASEAN achieve its aspirational renewable energy target. Beyond that, it will also help the region achieve the four pillars under the ASEAN Plan of Action for Energy Cooperation: energy security, accessibility, affordability and sustainability for all.”

According to the study, the combined energy demand of the ten ASEAN Member States – Brunei Darussalam, Cambodia, Indonesia, Lao People’s Democratic Republic, Malaysia, Myanmar, the Philippines, Singapore, Thailand, and Vietnam – will grow 50 per cent by 2025. This will increase emissions by 60 per cent and generate USD 225 billion per year in associated health and pollution costs. When considering these added costs, the savings generated through achieving a 23 per cent share of renewables are greater than the increased investment required to do so.

“While the share of renewables each Member State can realistically achieve varies, the fact remains that all ASEAN countries can contribute to the 23 per cent goal in their own way,” said Dolf Gielen, Director of IRENA’s Innovation and Technology Centre. “We hope this new joint study will help chart the course for more action on renewables in the region.”

To date, the study has engaged all 10 ASEAN Member States and more than 60 experts through in-depth technical workshops and review webinars. It has also received support from the Renewable Energy Support Programme for ASEAN, a project jointly implemented by ACE and Deutsche Gesellschaft für Internationale Zusammenarbeit (GIZ) GmbH on behalf of the Federal Ministry for Economic Cooperation and Development (BMZ).

The full study is expected to be released in October, 2016. 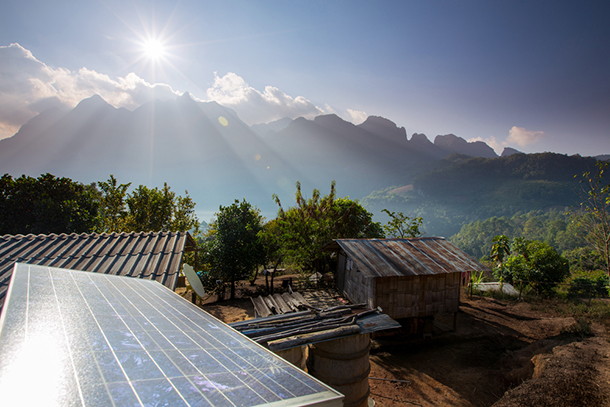 About the International Renewable Energy Agency (IRENA)
IRENA is mandated to be the global hub for renewable energy cooperation and information exchange by 149 Members (148 States and the European Union). Roughly 27 additional countries are in the accession process and actively engaged. IRENA promotes the widespread adoption and sustainable use of all forms of renewable energy, in the pursuit of sustainable development, energy access, energy security and low-carbon economic growth and prosperity. Irena

About REmap – IRENA’s Roadmap for a Renewable Energy Future
REmap determines the realistic potential for countries, regions and the world to scale up renewables in order to ensure an affordable and sustainable energy future. REmap assesses worldwide renewable energy potential assembled from the bottom up, starting with separate country analyses done in collaboration with country experts, and then aggregating these results to arrive at a global picture. The analysis encompasses 40 countries representing 80% of global energy use. The roadmap focuses not just on renewable power technologies, but also technology options in heating, cooling and transport. Remap