Abu Dhabi, U.A.E., 14 September 2015 – Developing Mauritania’s significant renewable energy resources will allow the country to grow its local economy and improve access to energy, according to a report released today by the International Renewable Energy Agency (IRENA), in association with the United Nations Development Programme (UNDP).

The Mauritania Renewables Readiness Assessment finds that development of renewable energy in the country would be facilitated by the existing electricity network of mini-grids. Such a transition would be mainly driven by solar and wind resources, the report finds, and could be strengthened by cooperation with both the Maghreb region and West Africa. It would enable Mauritania to not only provide energy for domestic economic development, but also make the country a renewable energy exporter.

"Mauritania has already taken steps towards the large-scale use of renewable energy both for on-grid and off-grid applications,” said IRENA Director-General Adnan Z. Amin. “Now, with renewable energy sources cost-competitive with oil-generated electricity in most regions in the country, Mauritania has an opening to rethink its energy strategy, and build a framework integrating technical solutions and business models based on renewable energy."

While the share of households with access to electricity has roughly doubled since 2000, access to energy services remains limited in Mauritania due to various geographic and economic factors, including widely-spread large urban population centres and significant rural populations distributed throughout the country.

Several planned investments in wind and solar would greatly advance renewable energy capacity in Mauritania, but not enough to keep up with demand growth stemming from the mining sector. Electricity demand is expected to grow by up to 600 per cent between 2010 and 2030, led primarily by industry needs and fuelled in part by rising domestic demand.

IRENA’s Renewables Readiness Assessments offer a holistic evaluation of conditions for renewable energy deployment in a country, and outline the actions necessary to further improve these conditions. The Mauritania RRA provides the foundation for a concrete and actionable strategy while recommending the country undertake a number of measures to support large-scale deployment of renewable energy including:

Since 2011, more than 20 countries in Africa, the Middle East, Latin America, the Caribbean, Asia and the Pacific Islands have undertaken the RRA process with IRENA to accelerate the deployment of renewable technologies domestically. 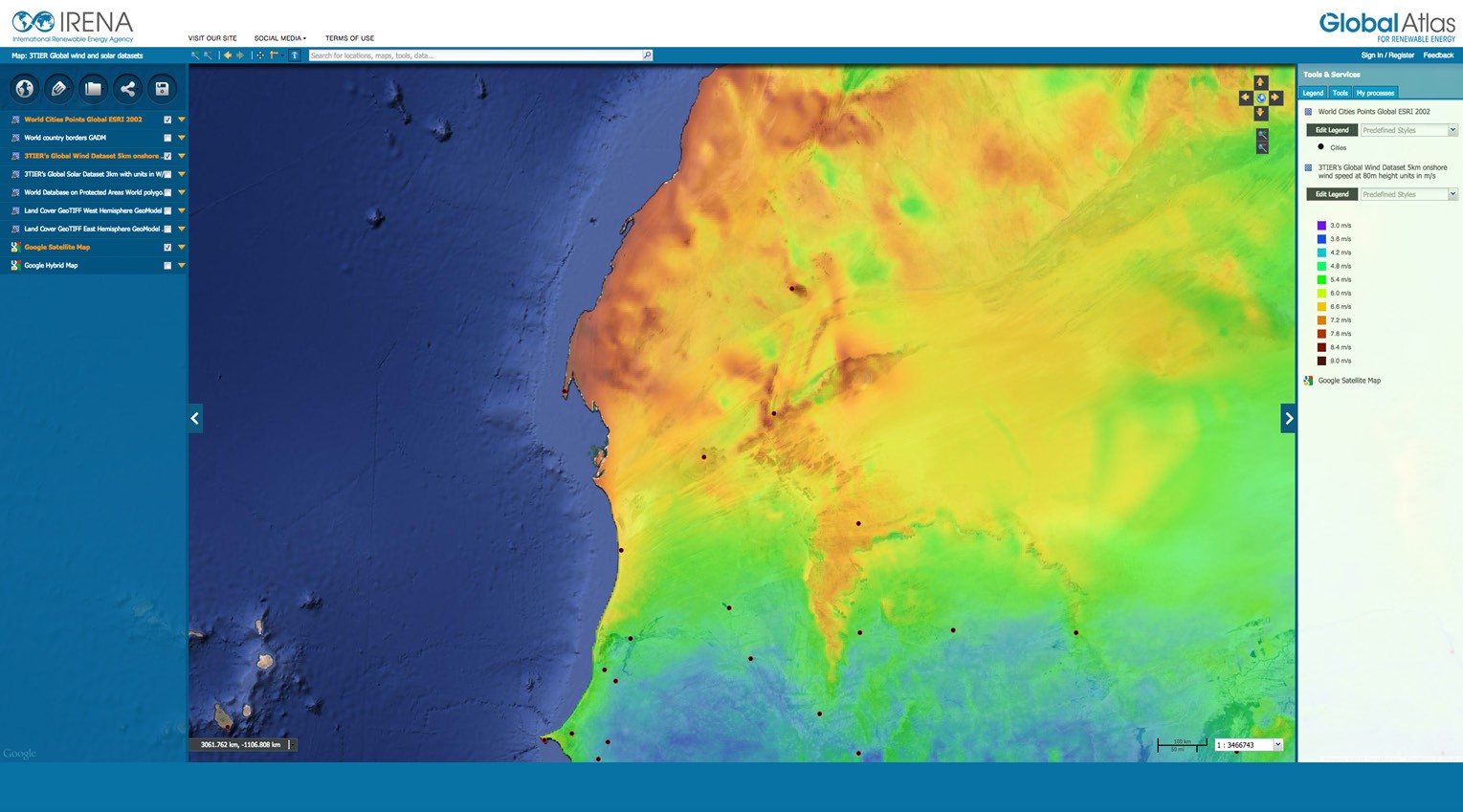 About the International Renewable Energy Agency (IRENA)
The International Renewable Energy Agency (IRENA) is mandated as the global hub for renewable energy cooperation and information exchange by 143 Members (142 States and the European Union). Roughly 32 additional countries are in the accession process and actively engaged. IRENA promotes the widespread adoption and sustainable use of all forms of renewable energy, including bioenergy, geothermal, hydropower, ocean, solar and wind energy in the pursuit of sustainable development, energy access, energy security and low-carbon economic growth and prosperity. www.irena.org