IRENA and ADFD Bring Renewable Power to 280,000 in Many Rural Communities Tweet

Abu Dhabi, UAE, 18 January, 2015 – The International Renewable Energy Agency (IRENA) and the Abu Dhabi Fund for Development (ADFD) today announced USD 57 million in concessional loans for five renewable energy projects in developing countries. The projects to be financed in the second cycle have a combined total capacity of 35 megawatts, bringing reliable and sustainable power to more than 280,000 people in rural communities that lack access to modern energy services.

The loans will go to projects in a geographically diverse set of countries including Argentina, Cuba, Iran, Mauritania and St. Vincent and the Grenadines.

“Renewable energy offers the prospect of clean, affordable power to the 1.3 billion people currently off the electricity grid,” said IRENA Director-General Adnan Z. Amin at a press conference today on the sidelines of IRENA’s fifth Assembly. “While renewable energy resources are abundant in many communities suffering from energy poverty, finance is still a key challenge for deployment. That is why the partnership between IRENA and ADFD is so important as a pioneering effort.”

This is the second loan cycle of seven, which together will commit USD 350 million over seven years to the deployment of renewable energy in developing countries, with a total project value of an estimated USD 800 million. The funds from ADFD mobilise other funds and will lead to more than double the invested amount.

Projects approved for funding in the second loan cycle include solar, hydro, hybrid (wind and solar) and geothermal energy. The projects selected represent a mix of renewable energy sources, are innovative, potentially replicable or scalable, and will improve energy access.

“As part of its mandate to work on projects with a profound impact on the economies of developing countries, ADFD has collaborated with IRENA to support the renewable energy sector as a tool for economic and social development,” said Mr. Adel Abdulla Al Hosani, Director of Operations Department in ADFD. “Towards this priority, we are keen to support the economic development and deployment of sustainable energy projects in countries with immense clean energy potential, but lacking necessary financial resources and project management expertise.”

The IRENA/ADFD Project Facility pioneers the support of renewable energy as a viable and sustainable focus for foreign development assistance that offers long-term social and economic benefits to developing countries.

The third funding cycle of the Project Facility is now open for project proposals, with concessional loan interest rates of 1-2 per cent. These new, lower rates will support an even broader range of renewable energy projects throughout the remaining five loan cycles.

“The UAE sees renewable energy as a new cornerstone of sustainable development, with dramatic cost reductions having made it the most competitive energy option in many developing countries,” said Dr. Thani Al Zeyoudi, the UAE’s Permanent Representative to the IRENA and Director of Energy and Climate Change at the Ministry of Foreign Affairs. “The partnership between ADFD and IRENA provides a powerful way to demonstrate renewable energy’s viability and speed up further deployment.” 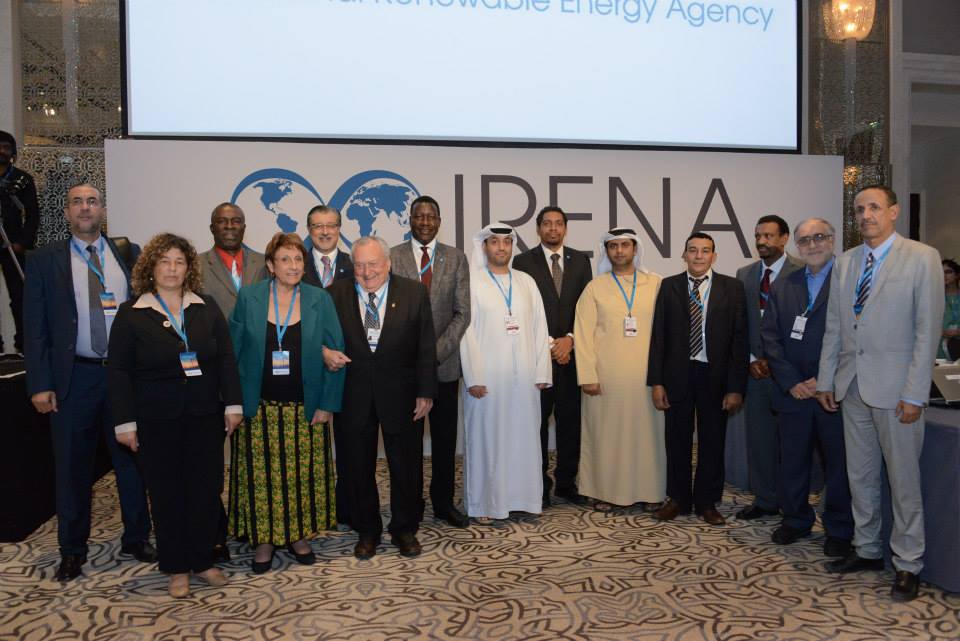 About the Funded Projects
Argentina: An innovative four megawatt mini-hydro project in Nahueve is receiving a loan of 15 million dollars. The project will provide a stable energy supply throughout the northern rural region of the province and will pump irrigation and clean drinking water to Nahueve inhabitants. More than 22,500 people will benefit from the project.

Cuba: A 10 megawatt solar energy project is receiving a loan of 15 million dollars. The project will provide energy stability, demonstrate renewable energy’s viability in the country, create jobs and help the environment. More than 5,300 people will benefit from the project.

Iran: A five megawatt, first-of-its-kind, small-scale geothermal project in Ardebil is receiving a loan of six million dollars. The geothermal power plant will produce electricity and thermal energy for rural Ardebil to provide local heating, greenhouse agriculture and fish farming. Governmental organizations such as the electricity, gas and environment departments, and the local population of 150,000 people will benefit from the project.

Mauritania: A one megawatt solar, wind and hydropower hybrid project will receive a loan of six million dollars. The project involves electrification by solar multifunctional platforms for small villages including 10 solar photovoltaic power plants with storage, small wind turbines installed in fishing villages, and the connection of a group of villages with a hydroelectric network. The improved access to electricity will benefit various stakeholders including small villages, rural centres and fishing villages.

St. Vincent and the Grenadines: A 10 to 15 megawatt geothermal project is receiving a loan of 15 million dollars. The project will connect to the energy grid to provide a consistent power source for the entire country and will influence the deployment of additional geothermal projects in the Caribbean. The entire population of 104,000 people will benefit from the project.

About Abu Dhabi Fund for Development (ADFD)
ADFD is a Government of Abu Dhabi national institution established in 1971 to assist developing countries by providing concessionary loans to finance development projects in those countries, as well as direct, long term investments and contributions. Simultaneously, the Fund undertakes the management of government grants provided by the UAE through direct supervision and monitoring of project implementation and progress. The fund has provided and managed more than AED 64 billion since its inception until to date to finance 424 projects in 71 countries around the world. www.adfd.ae

About the International Renewable Energy Agency (IRENA)
IRENA is mandated as the global hub for renewable energy cooperation and information exchange by 139 Members (138 States and the European Union). Roughly 33 additional countries are in the accession process and actively engaged. IRENA supports countries in their transition to a sustainable energy future, and serves as the principal platform for international cooperation, a centre of excellence, and a repository of policy, technology, resource and financial knowledge on renewable energy. The Agency promotes the widespread adoption and sustainable use of all forms of renewable energy, including bioenergy, geothermal, hydropower, ocean, solar and wind energy in the pursuit of sustainable development, energy access, energy security and low-carbon economic growth and prosperity. www.irena.org