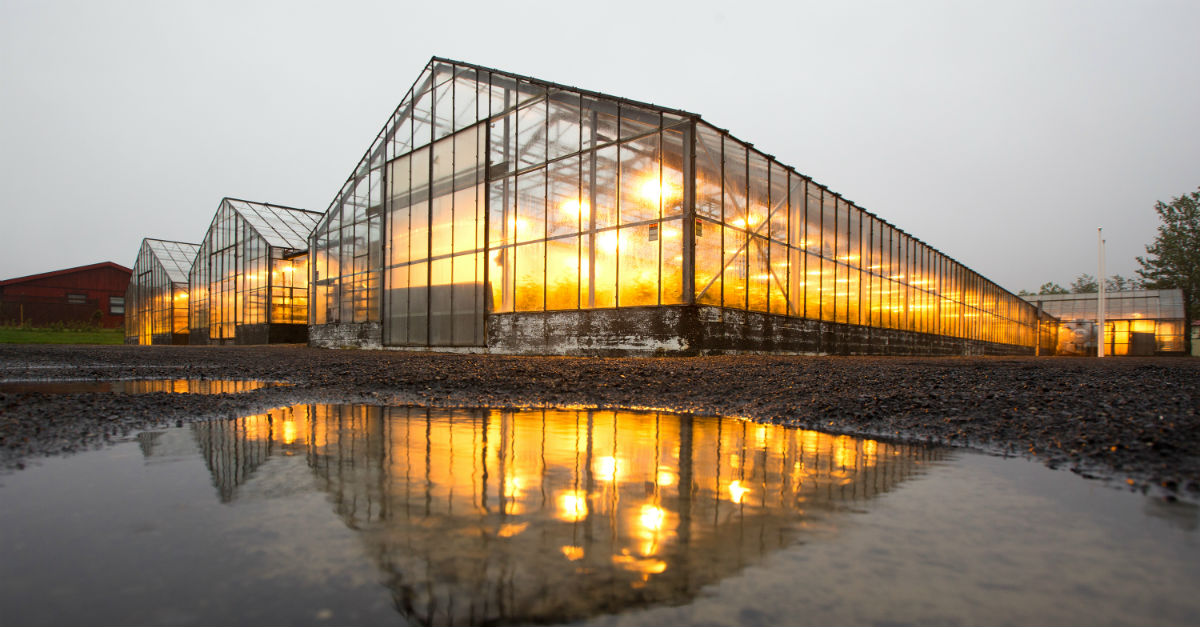 Less advanced, however, is the degree to which renewable technologies are being utilised to unlock barriers that inhibit the realisation of the sustainable development agenda. Ending poverty, improving human health, achieving sustainable economic growth, and addressing food and water security issues are just some of the Sustainable Development Goals (SDGs) that renewables can support. In fact, a brief launched by the multi-stakeholder SDG 7 Technical Advisory Group in July 2018 outlined the strength of the interlinkages between SDG 7 and other SDGs. “Modern energy offers many benefits,” the report highlighted, saying, “energy is not useful in itself: it is only useful to the extent that it provides desired services and drives actions.”

Ending hunger and all forms of malnutrition, and creating sustainable food production systems, are goals that renewable energy can help achieve. Food production is energy-intensive and around 30 per cent of global energy consumption is used to produce, process, and distribute food. Decarbonising the industry’s energy system can save money, boost local development and contribute to climate change mitigation. It can also bolster food security — a growing challenge. Today, one in nine people on the planet is hungry, and the evidence suggests this figure has risen in recent years largely due unpredictable weather patterns caused by climate change. 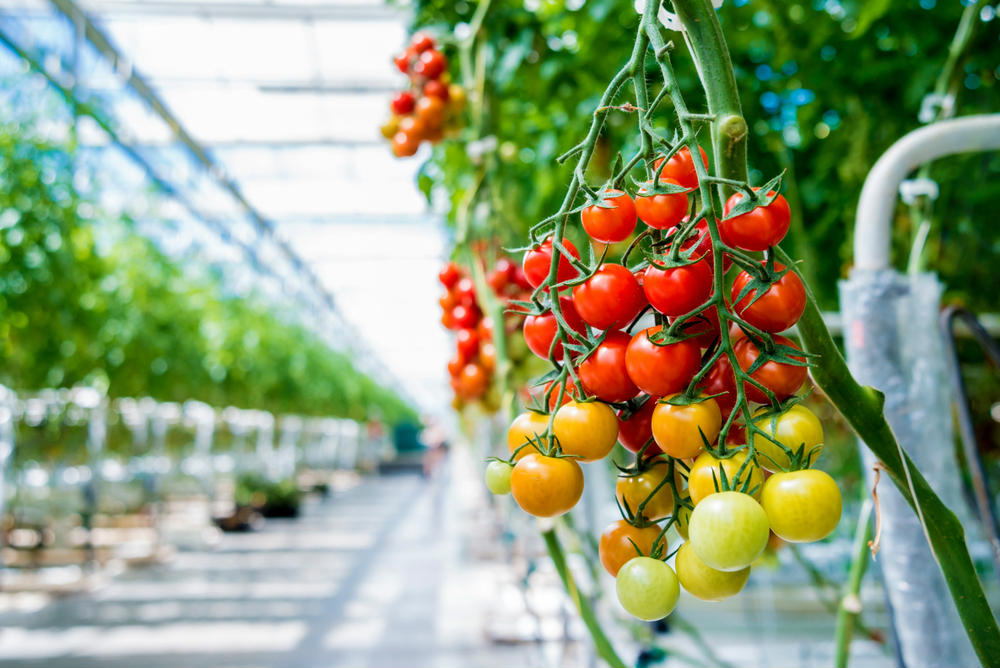 A recent IRENA publication, Accelerating geothermal heat adoption in the agri-food sector: Key lessons and recommendations, highlights that while geothermal energy is predominantly known for power generation and district heating, it can serve as a sustainable and effective energy source for food production by heating greenhouses and aquaculture ponds. Furthermore, geothermal energy can be used to minimise post-harvest losses by drying and refrigerating food.

In addition to boosting food security, geothermal energy in the agri-food sector can reduce fossil fuel dependencies, exposure to volatile prices, and harmful emissions. The publication suggests that several geothermal applications in food processing and agriculture require low temperatures and can therefore be deployed in areas where the geothermal resources would not be suitable for power generation.

Global geothermal potential remains untapped, however. Today, its total installed capacity in power generation stands at around 14 gigawatts (GW) of electricity — a figure that rises to 70 GW when including geothermal heat use. Yet the potential worldwide remains largely untapped.

While geothermal is predominantly known for power generation and district heating, low and medium temperature geothermal resources can serve as a sustainable and effective energy source for food production and drying.

A key objective of the Alliance is to increase the number of countries and regions able to benefit from indigenous geothermal energy resources, and thereby supporting a range of economic and social development objectives. Its application in the agri-food chain being one of them.

IRENA’s report draws on global lessons and best practice to recommend key factors to expand geothermal use in the agri-food sector.

A positive example of progress is Iceland, where the interplay between geothermal energy and economic development is perhaps more visible than in any other part of the world. Low-cost, plentiful geothermal energy has helped Iceland rise as a burgeoning European economic success story. Its application has stimulated manufacturing activity, encouraged technology start-ups and plays a key role in national horticulture, agriculture and fishing.

Yet geothermal energy for agri-food applications can be deployed beyond traditional geothermal areas like Iceland. In the Netherlands, for example, low temperature geothermal energy resources are contributing to a mainstream pillar of the national economy — horticulture. There, the use of geothermal heat use has increased steadily for more than a decade thanks to dedicated policies.

Iceland and Netherlands serve as examples for emerging geothermal heat markets where great potential is also beginning to be realised. Kenya for instance, has a long tradition of geothermal power, which has supported a large commercial geothermal greenhouse project. Recently the country installed new pilot projects for greenhouse heating, milk pasteurisation, and aquaculture pond heating, and further potential has been identified for meat, milk, and honey processing, as well as for post-harvest crop preservation and storage. Mexico, potentially another large geothermal market, has developed dedicated licensing procedures and a roadmap to accelerate the deployment of geothermal heat for productive uses. 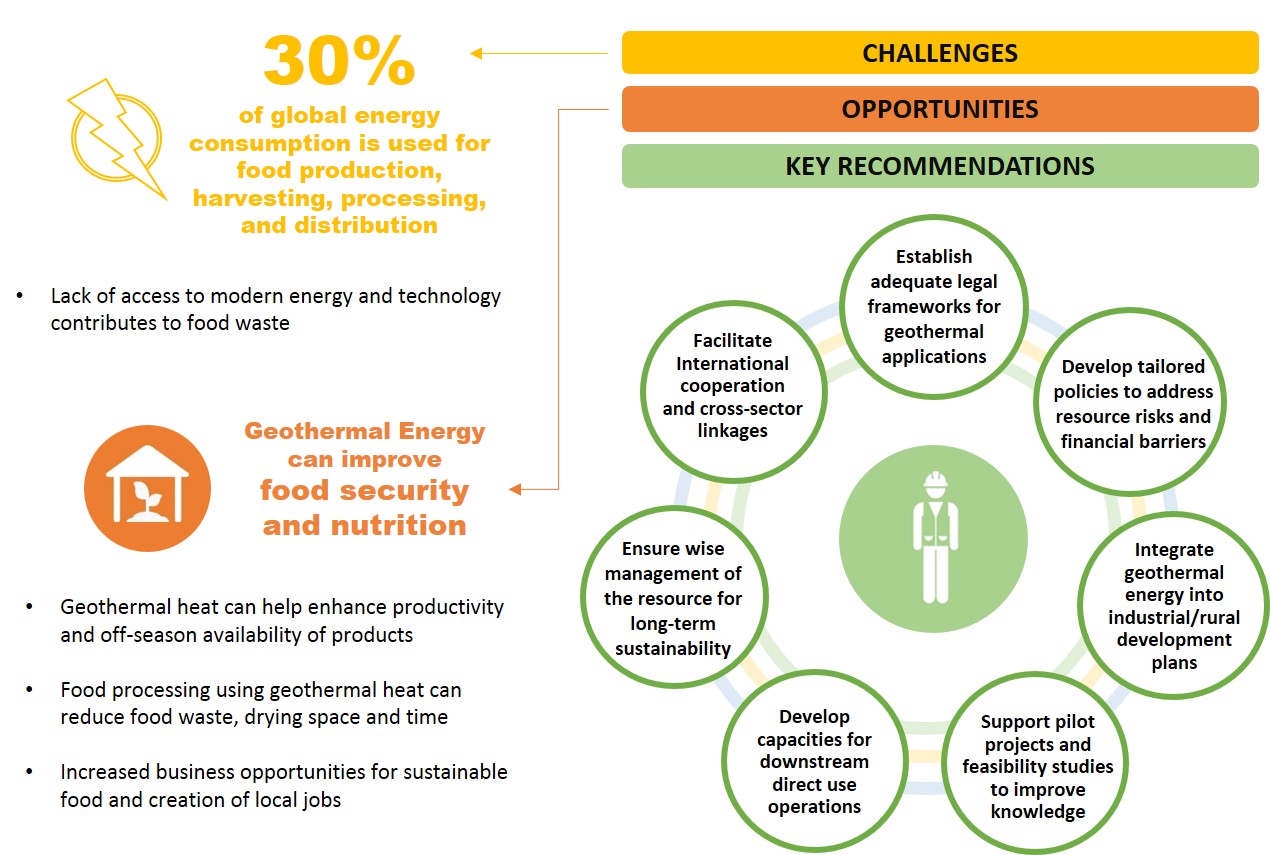 Countries looking to develop geothermal energy applications for food and agriculture can benefit from international platforms such as the Global Geothermal Alliance, which share experiences and insights on technical, policy, regulatory and financial solutions and to explore opportunities for co-operation. 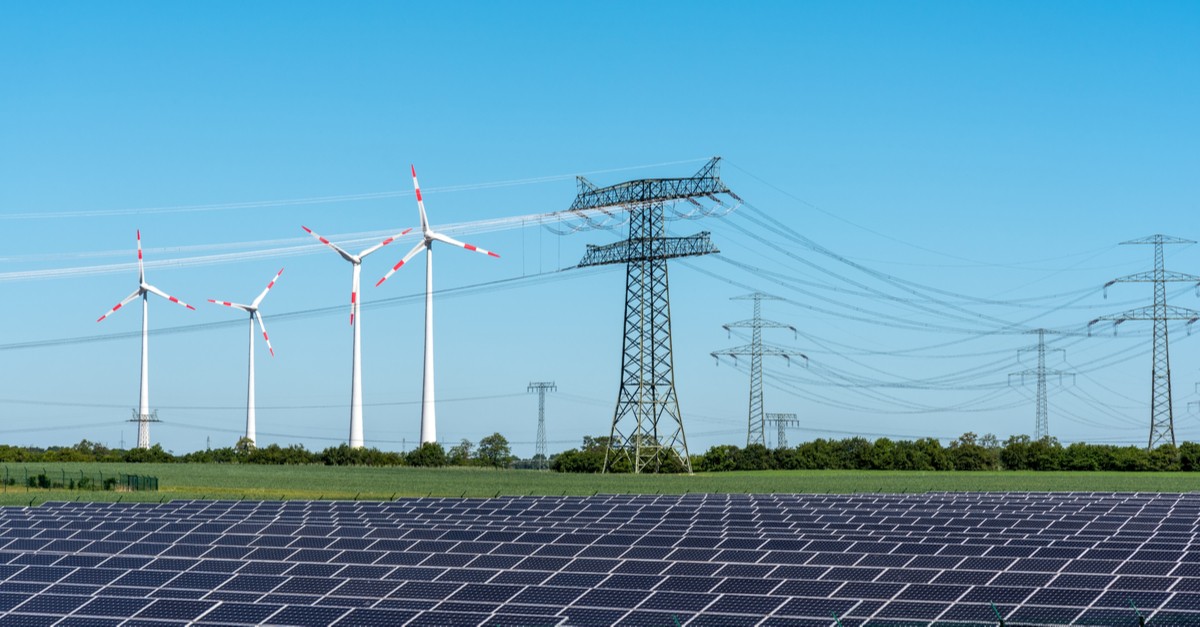 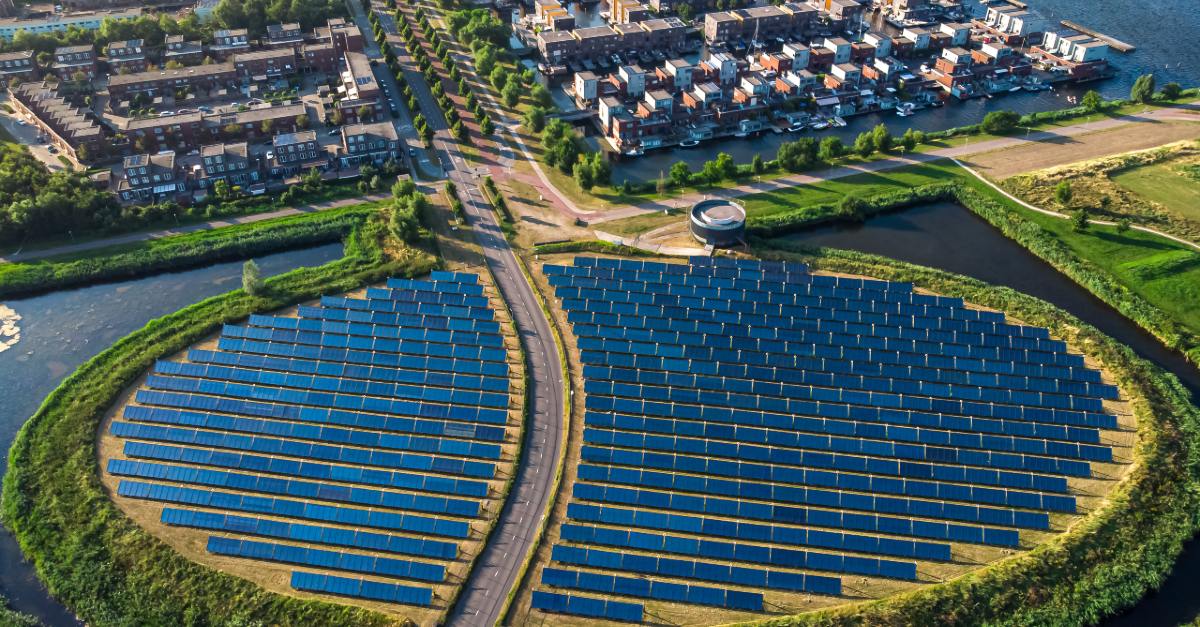 How Renewables Offer New Solutions for District Heating and Cooling