Saving Lives With the Sun 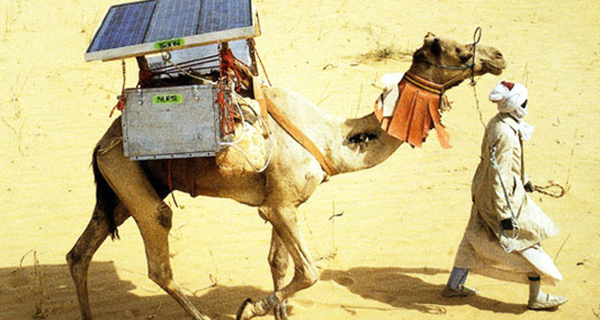 Throughout most of human history, people have believed that the sun possess healing powers. In fact, heliotherapy was pervasive in most ancient cultures, from Vedic ‘sun salutation’ yoga poses in India to Greek solaria sunbathing skin treatments. Today, the power of the sun is saving lives around the world - not through its medical properties or mystical potential – but through its ability to power essential lifesaving equipment in remote and mobile clinics, and sustain hospitals in the event of natural disasters or other power outages.

According to the latest estimates, more than one billion people still lack access to electricity. Many also live in parts of the world where electricity scarcity creates a serious barrier to the provision of health services. A 2013 World Health Organization (WHO) study of eight Sub-Saharan African countries found that only 28% of healthcare facilities had reliable electricity. As a result, many essential services and functions—from refrigeration for blood and vaccines to power for equipment sterilisation and basic medical devices—are unavailable.

The cost of extending grids to rural areas is for many countries prohibitive. Diesel standalone generation has played an important role, especially in rural areas, though high costs of fossil fuels can be a significant barrier for many clinics, not to mention the health risks associated with the air pollution. A 2013 study in Bangladesh found that the amount spent on diesel in one year to power a generator could fund a skilled nurse for six months and that, furthermore, during the rainy season fuel supplies can become interrupted, with life-threatening consequences.

At the same time, the cost of renewable energy has fallen dramatically in recent years and today it is the cheapest option for power generation in many parts of the world. Between 2010 and 2017, the levelised cost of electricity from solar photovoltaics decreased by a staggering 73. Meanwhile, advances in medical technology – from LED lighting to battery-powered fetal heart monitors - are making medical equipment, lighting and other health technology needs much more energy efficient.

Solar photovoltaic (PV) systems are especially well-suited, as they are highly transportable, scalable and low-maintenance compared to other systems.  According to IRENA Capacity Statistics in 2017 there were around 21,000 healthcare facilities that relied on solar PV worldwide. Most of this was for small-scale clinics, whereas only around 50 large-scale and 1,600 medium-scale facilities used solar PV. While in absolute terms 21,000 facilities is a small number, this number has doubled in five years.

One of the most prominent micro-scale innovations to emerge is the ‘solar suitcase’ advanced by the NGO We Care Solar. Since 2009, the organisation has sent 2,800 of their units, which comprise a suitcase containing a 40-80-watt solar panel and a variety of medical devices, to clinics around the world. These low-cost solutions are targeted at the front-line health clinics currently lacking any electricity and are largely focused on improving maternal and child health. Through its provision of the simple, inexpensive suitcases, and training local counterparts this initiative alone has improved health outcomes for more than 1.5 million mothers and children.

Another unique innovation is the Community Health Africa Trust (CHAT) – Designmatters design project to improve health services for remote Kenyan communities. They created a camel-transported solar-powered medical clinic able to bring refrigerated vaccines and medicine to rural areas. The system, which is currently being tested in the Laikipa region of Kenya, includes everything needed to perform basic medical work, including a bed, two clinical tables, chairs, the medical items and a 70-watt solar system with a foot-powered generator as a backup.

In Assam, India, boats equipped with solar panels are being used to reach 300,000 people in 373 river-island villages across thirteen districts. Previously run on diesel generators, the clinics could not operate in the evenings and were constrained by their power needs. However, since May, the boats have been fitted with five kilowatt solar systems, which enabled the medical staff to install refrigerators to store vaccines, improve laboratory testing, and work at night.

Large-scale hospitals with either partial or full provision of electricity from solar panels are also becoming more prevalent since the first project, in Mirebalais, Haiti, was developed following the earthquake in 2010. In Syria – whose electrical grid has been largely destroyed after years of civil war – a new solar-diesel hybrid hospital reduces fuel costs by 60-70% and ensures continuation of services in emergency contexts. In Puerto Rico, where 450,000 people remain without power following the devastating hurricane in 2017 a Tesla solar array is providing a vital source of electricity to a children’s hospital in San Juan that is performing so well that the hospital’s administrator has called for the array to continue powering the hospital even after grid service is restored.

Some concerns have been raised that solar PV systems are more difficult or costly to maintain, that the upfront costs are higher, or that theft can constitute a major problem. These are valid concerns and important to incorporate into any system design, and into ensuring that adequate training and support is given to ensure that systems are installed correctly. Moreover, compared to a diesel system, which relies on combustion engine, the maintenance requirements are likely to be lower.

Over the long-term, the upfront costs of solar PV systems are in many cases lower than diesel systems. According to GVEP, in one clinic in Deh Sabz, Afghanistan the operating costs are now only a fraction of the previous diesel costs of US$30,000 a year. Previously nearly all the clinic’s money was spent on diesel.  A USAID study which compared the lifetime costs of an on-site solar system compared to a small diesel generator-only system found that the lifetime costs of the solar system was only around US$14,000, compared to US$63,000 for the diesel generator.

Today, solar-powered medical facilities play a small but vital role in saving lives and improving health outcomes around the world. As solar technology costs continue to fall, however, and innovations in medical equipment make it more and more energy efficient, this niche will grow. This has the potential to save hundreds of millions of lives while reducing the use of costly and polluting diesel, increasing resilience in the face of natural and man-made disasters, and lowering carbon emissions.

To further explore the role of renewable energy in solving health challenges in developing countries, IRENA organized the first international Renewable Energy Solutions for Healthcare Facilities conference in Singapore on 2 November 2018, immediately after the 4th International Off-Grid Renewable Energy Conference and Exhibition (IOREC).  IRENA also contributed to a new publication from Solarplaza, Solar Facts and Figures - Africa 2018, which presents an overview of the renewable energy resource on the continent. 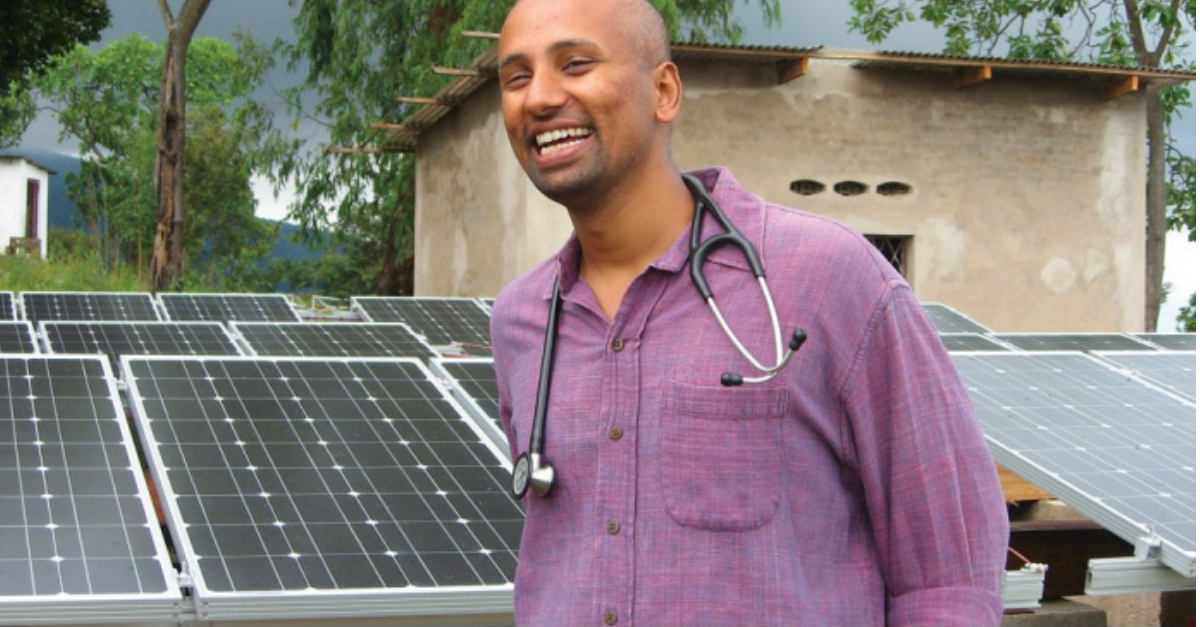 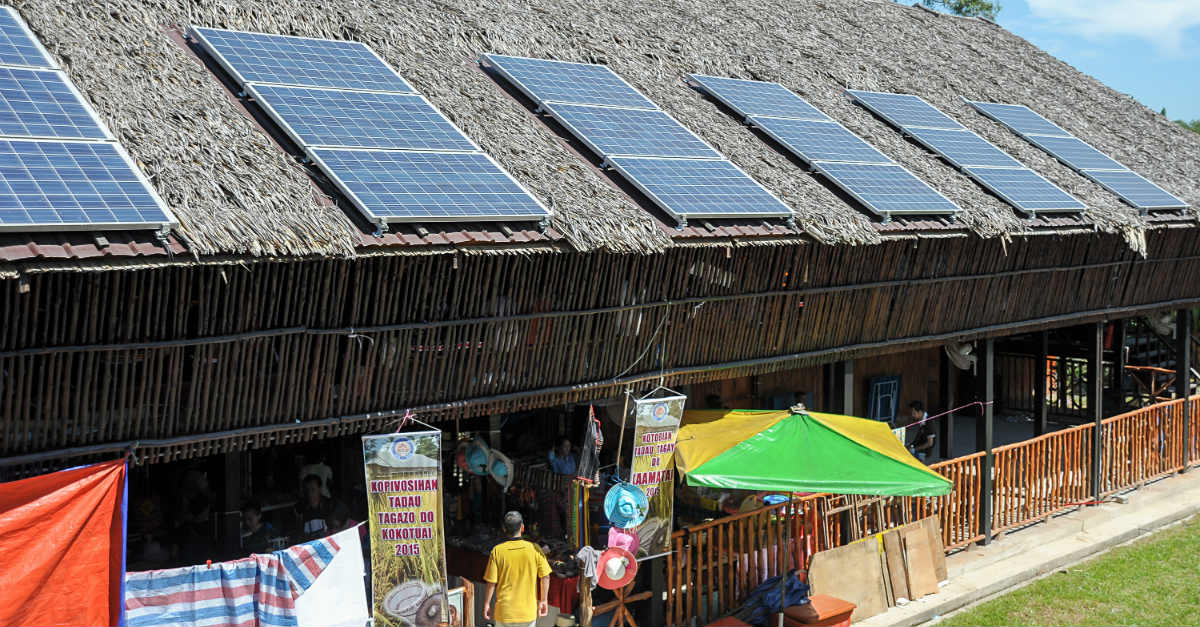