The International Renewable Energy Agency (IRENA) signed a host of new agreements in the margins of IRENA’s recently concluded Eleventh Assembly. The four-day meeting held virtually for the first time brought close to 100 minister level representatives and 2000 attendees together to discuss pathways needed to drive renewables adoption in a year of critical climate action.

In the margins of the Assembly, IRENA penned formal partnerships with the three major institutions from the public and private sector, furthering the Agency’s long-standing commitment to cooperative energy transformation action. Memoranda of understanding were formalised with the Food and Agriculture Organisation (FAO), US Aid’s Power Africa and Enel Foundation.

Under the Power Africa agreement, the two parties will work to expand access to affordable, reliable, and modern electricity through off-grid energy solutions that use renewable and complementary technologies to improve economic activity, and enhance the provision of essential social services, such as education, agriculture, water, and healthcare. 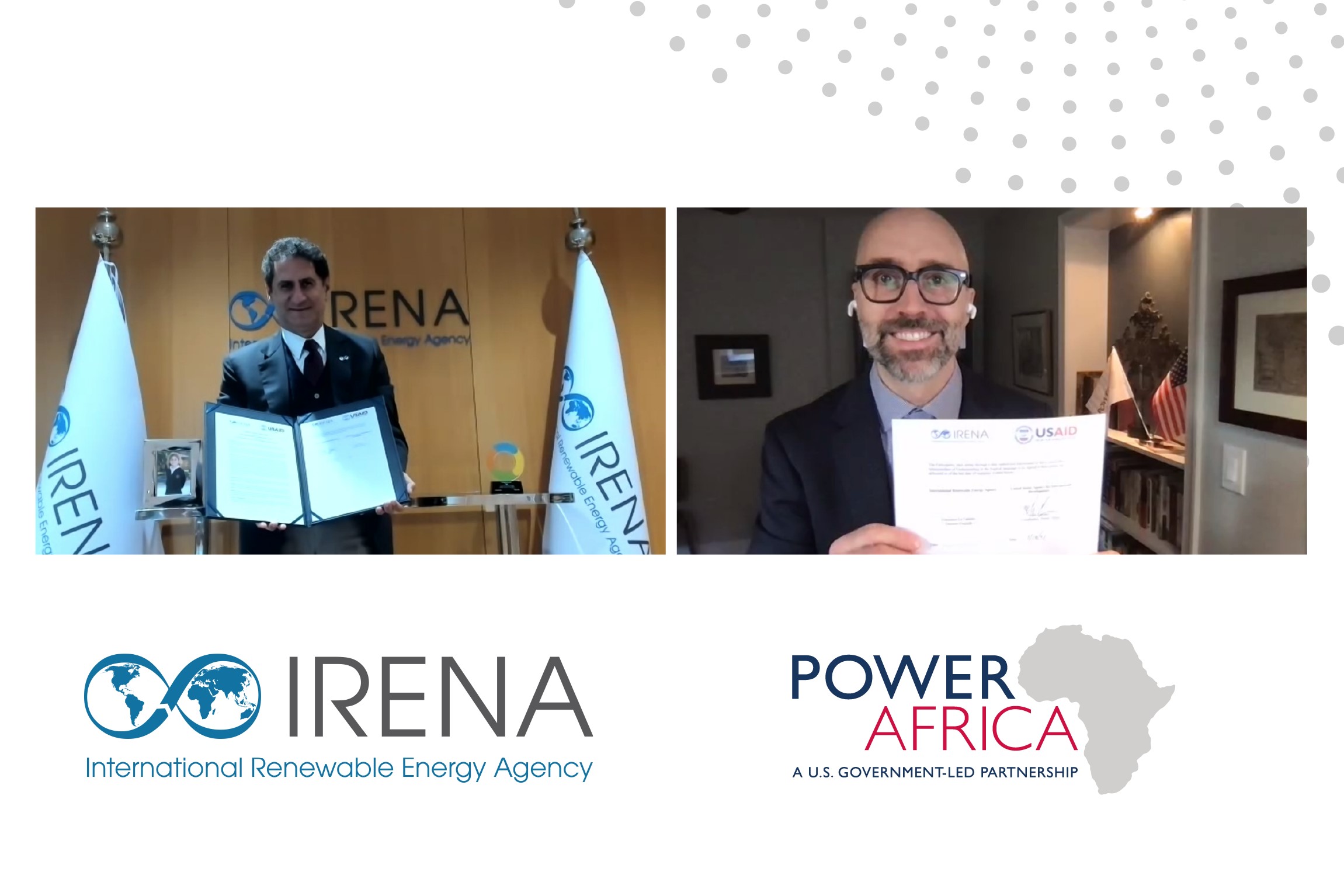 The agreement signed by IRENA Director General Francesco La Camera and Power Africa Coordinator Mark Carrato, will also feature joint efforts to improve the provision of electricity to displaced refugee communities and settlements, including through the Smart Communities Coalition supported by Power Africa. Efforts will also be made to co-develop domestic capacities that facilitate greater access to renewable energy finance for African entrepreneurs.

At the signing, IRENA Director-General Francesco La Camera said IRENA is committed to ensuring the transition brings prosperity and wellbeing to communities across sub-Saharan Africa.

Under a new agreement with Enel Foundation, the two parties will share data and insights about the development of the green hydrogen economy, which is increasingly cited as a central component of carbon neutral economies by 2050. IRENA estimates that at least 1700 GW of renewables-powered electrolyser capacity is needed by the middle of the century, to produce the amount of green hydrogen required for a net zero future. 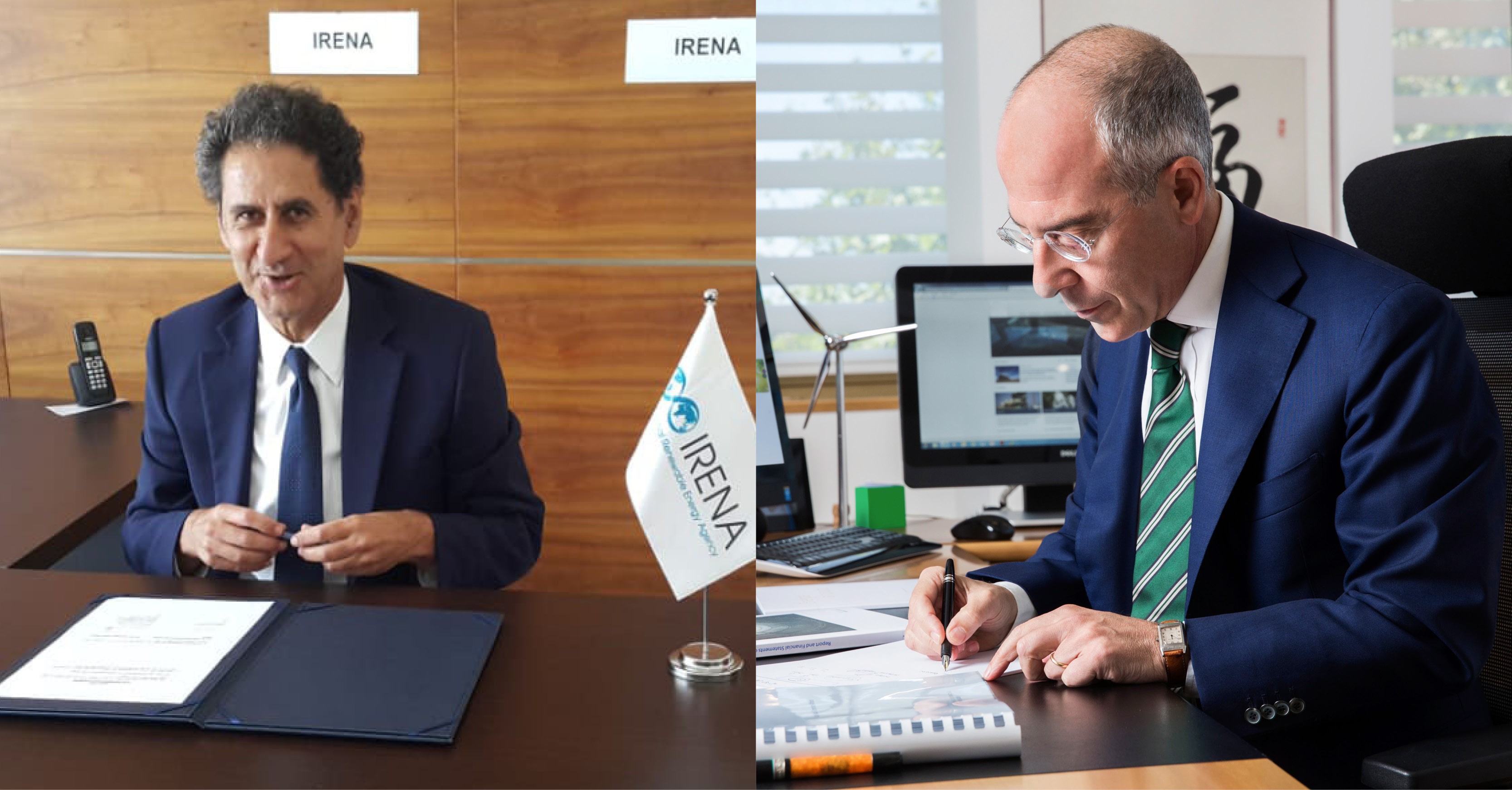 Signed by the IRENA Director General and Enel’s group Chief Executive Officer Francesco Starace, the partnership will also feature corporation on youth engagement initiatives and regional market trends., Public-private partnerships are an important focus of the Agency’s work as it looks to mobilise the expertise, innovations and capital from the private sector to advance the global energy transition.

Francesco La Camera, IRENA Director-General commented that youth and hydrogen development are two key energy transformation issues, and that the Agency welcomes partnerships with private sector corporations that share the Agency’s vision for a low-carbon future.

Under an MoU with FAO, IRENA aims to help improve the profitability and sustainability of the food and agriculture sectors by accelerating the use of renewables and sustainable bioenergy while fostering climate adaptation and resilience. The topic came under the spotlight during Assembly week, which featured a Ministerial meeting co-hosted by IRENA, the UAE and the UN on initiatives, policies, and targets designed to simultaneously deliver food, energy and climate benefits. 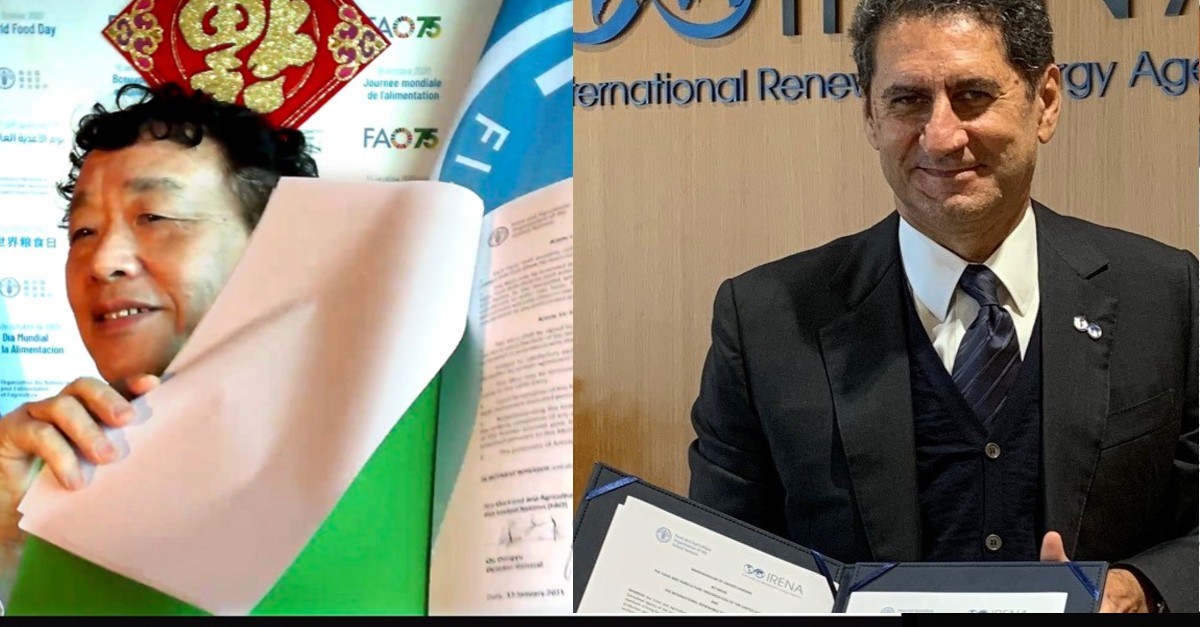