"The development of local renewable resources in these island nations would decrease their dependency on fuel imports and reduce risks associated with oil price volatility," said IRENA Director-General Adnan Z. Amin. " The falling costs of renewable energy offers them an opportunity to rethink their energy strategies, develop policies and build institutions that would create jobs, bring power to those currently without and deliver more reliable electricity services, all while combatting climate change.”

Vanuatu has abundant renewable energy resources, including solar, geothermal, wind, biomass and biofuel, but is still dependent on imported fossil fuels. In recent years, the high cost of imported energy has hampered social and economic development. Accordingly, the government created a National Energy Roadmap, which aims to increase the share of renewables in the nation’s energy mix from 43 per cent today to 63 per cent by 2030. The Vanuatu Renewables Readiness Assessment outlines achievements towards this end and identifies areas for further action including capacity building and the development of off-grid renewables to bring modern energy services to the 83 per cent of rural residents currently without.

Fiji also depends heavily on imported petroleum-based fuels, which affects energy security and energy prices. As the costs of renewable energy technologies decline, Fiji is making more use of its renewable energy resources including hydropower, biomass, solar, geothermal and wind energy. Fiji’s National Energy Policy finds that it could feasibly achieve 100 per cent of its energy from renewable sources by 2030, but reaching this target will require more action. The Fiji Renewables Readiness Assessment recommends implementing the National Energy Policy, improving coordination between agencies and exploring renewable-powered maritime transport and geothermal energy.

“Renewable energy is no longer just the best choice socially and environmentally, it is also the best choice economically for many countries in many parts of the world,” said Mr. Amin. “It has never been cheaper for small island states to reduce electricity costs, increase energy independence and iimprove energy access through the deployment of renewable energy.” 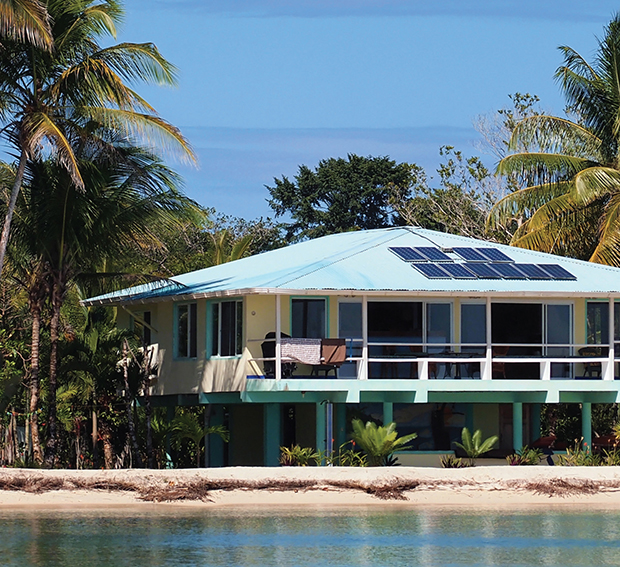 About the International Renewable Energy Agency (IRENA)
The International Renewable Energy Agency (IRENA) is mandated as the global hub for renewable energy cooperation and information exchange by 141 Members (140 States and the European Union). Roughly 31 additional countries are in the accession process and actively engaged. IRENA promotes the widespread adoption and sustainable use of all forms of renewable energy, including bioenergy, geothermal, hydropower, ocean, solar and wind energy in the pursuit of sustainable development, energy access, energy security and low-carbon economic growth and prosperity. www.irena.org