Until recently, renewable-powered mini-grids were viewed as capable of delivering only basic energy services – for single houses or small communities – but recent technological innovations are changing that perception. Increasingly, renewable energy mini-grids offer a means to meet much larger power needs, including for industry.

Since 1990 energy access has improved and nearly two billion more people have gained access. However, more than a billion people still lack electricity access and another billion have only an unreliable supply. To achieve universal electricity access by 2030, the pace of expansion needs to at least double, and estimates suggest that off-grid solutions will provide roughly 60 per cent of the additional generation needed.

Renewables are now the default cost-competitive choice for off-grid installations, both stand-alone and mini-grids, in most rural and peri-urban areas. It’s estimated that as many as 350,000 mini-grids will be needed to achieve universal access in Africa — 60,000 to be deployed in West Africa alone by 2020.

IRENA’s ‘Innovation Outlook: Renewable Mini-grid’ report finds that technology innovation, accompanied by innovation in business models and finance, will result in a 60 per cent decrease in the cost of producing electricity from renewable mini-grids in the next 20 years. This will make renewable mini-grids strongly competitive with diesel generation in remote areas.

“Increasingly, technology innovations in hardware and software are finding their way towards commercialisation enabling a larger-scale deployment of renewable mini-grids,” says Francisco Boshell, Analyst at IRENA’s Innovation and Technology Centre in Bonn. 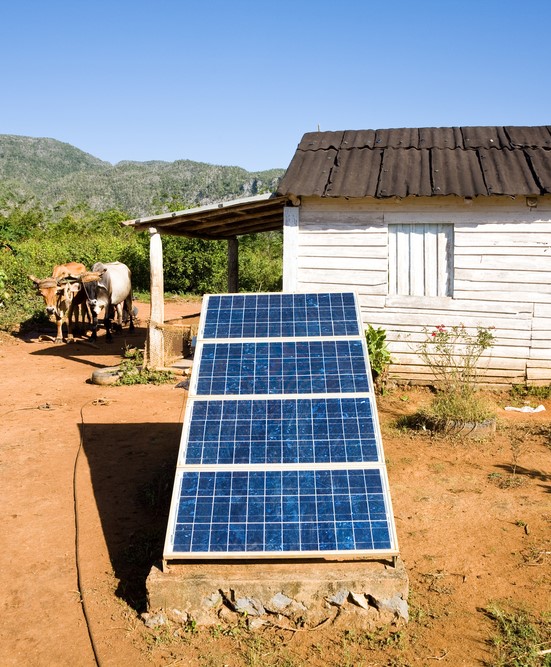 Decreasing electricity production costs are resulting in more mini-grid development, which in turn, results in more renewable energy. “We’re seeing improvements in generation technology, but the real game changers for mini-grids are in communications, control, and energy storage technologies. They’ve all made strides over the last few years and are contributing to the renewable energy boom,” Boshell says.

Looking ahead, energy dense lithium air electrodes are a promising technology for energy storage as they have lower manufacturing costs due to fewer components. The US Pacific Northwest National Laboratory has been developing a new lithium-air battery concept that uses oxygen from the environment as the working cathode, which could lower costs to the USD 70-200 per kWh price range.

“Power converter devices are also progressing. AC/DC/AC converters are a reaching conversion efficiency of up to 99% in the lab,” says Boshell. “Silicon carbide transistors are proving to be superior to the silicon transistors, having a faster switch, and the ability to handle higher voltages, currents, and temperatures,” Boshell adds.

On the demand side of mini-grids, low-cost wireless hardware, the proliferation of smartphones, and expanding mobile networks are integrating more appliances to the ‘Internet of Things’. It’s estimated that by 2030, the number of connected appliances worldwide will reach 100 billion, and this could lead not only to a higher intergration of variable renewables but open opportunities for new business models interactively engaging consumers’ behaviour.

But mini-grid technology advancements can only be taken advantage of if the right policies and legislative incentives are in place. In Policies and Regulations for Private Sector Mini-grids, IRENA describes how regulatory measures, divided into three categories (primary, secondary, and tertiary), can increase mini-grid adoption with further engagement from the private sector.

Primary measures, those related directly to national energy frameworks, include policies for the electricity sector, rural electrification plans, and direct mini-grid financial support. The report highlights the efforts of Rwanda and Tanzania, countries that in their national energy policies aim to promote engagement and investment in mini-grids from the private sector.

Outside of efforts from the energy sector, environmental, health, and safety approvals, tax registration, import licenses, land and natural resource rights, and permissions, are all secondary measures that can influence mini-grid deployment. The report provides an example of how banking regulations have the power to incentivise national financial institutions to lend to mini-grid projects.

In Nepal and India, including renewable energy projects among the sectors and projects that count towards the minimum portfolio obligations of financial institutions, would make more credit available to mini-grid operators and electricity end users.

With a combination of primary, secondary, and tertiary measures, countries can take advantage of the technological advancements of mini-grids and greatly expand their use in unconnected areas.

To learn more about mini-grids and their future, check out our newly released reports Innovation Outlook: Renewable Mini-grids and Policies and Regulations for Private Sector Mini-grids.