Small Island Developing States (SIDS) now have an action plan to increase their domestic deployment of renewable energy. The Martinique Action Plan (MAP), developed during a June conference in Martinique, outlines practical steps for deployment of renewable energy resources and technologies on SIDS. The MAP focuses largely on the development of wind, marine, geothermal and biomass, but stresses all renewable energy sources are needed for the transition to a sustainable future. The MAP also focuses on waste-to-energy systems to manage waste streams on islands, renewable desalination systems to meet growing island water needs, and measures for boosting renewable generation on power grids.

“The Martinique Action Plan aims to advance the goal of mobilizing the human, financial and technical resources to sustainably transition the energy systems of SIDS. It will live and grow as the basis for follow-up events in Hawaii in July, in Bangkok in August, and in Cape Town in September – all on the road to Paris in December.” – Henning Wuester, IRENA Director of Knowledge Policy and Finance 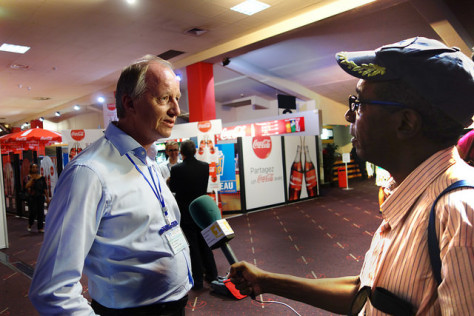 Hugh Sealy, ‎Lead Negotiator for AOSIS, the Association of Small Island Developing States, said the MAP could form a solid basis for immediate actions by islands and partners to mitigate and strengthen resilience to climate change to showcase the positive contribution of renewable energy at the Paris UN climate change negotiations in December. The MAP also emphasizes the transformational nature of renewable energy on islands and the need for the involvement of a wide range of stakeholders, including at the community level. The Martinique Conference on Island Energy Transitions, held under the theme, “Pathways for Accelerated Uptake of Renewables”, took place in Fort-de-France, Martinique from June 22-24. Attendees included government officials, companies and utilities involved in renewable energy development, banks interested in financing renewable energy development, experts in renewable energy resource assessment, and development partners. The conference was held under the umbrella of the SIDS IRENA’s Island Lighthouse Initiative, launched at the UN Secretary General’s Climate Summit in 2014. With 27 SIDS and 19 Development partners, the initiative aims to:

By speeding the uptake of renewable energy on islands around the world, the Lighthouse Initiative will enable SIDS to lead by example on climate change though maximizing the use of indigenous, clean and plentiful renewable energy in a structured, holistic approach to ensure long-term sustainability.