Second Session of the Preparatory Commission

The second session of the Preparatory Commission took place in Sharm El Sheikh, Egypt, on 29 to 30 June 2009. During the second session, the Preparatory Commission determined the Agency's interim headquarters and its Interim Director-General. The Commission designated Abu Dhabi, the capital of the United Arab Emirates, as the interim headquarters. At the same time it was decided that the other two applicants will also take part in the further establishment of the Agency. Bonn will host IRENA’s centre of innovation and technology and Vienna will become the Agency’s liaison office for cooperation with other organisations active in the field of renewable energy. Ms. Hélène Pelosse was appointed to become the Interim Director-General of IRENA. Moreover, decisions regarding the initial work programme, financial regulations, staff regulations, and the budget were made. 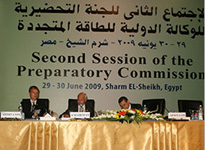 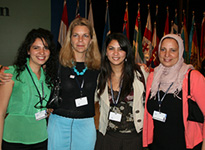 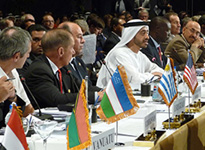 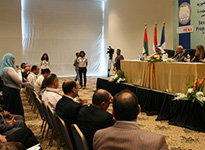