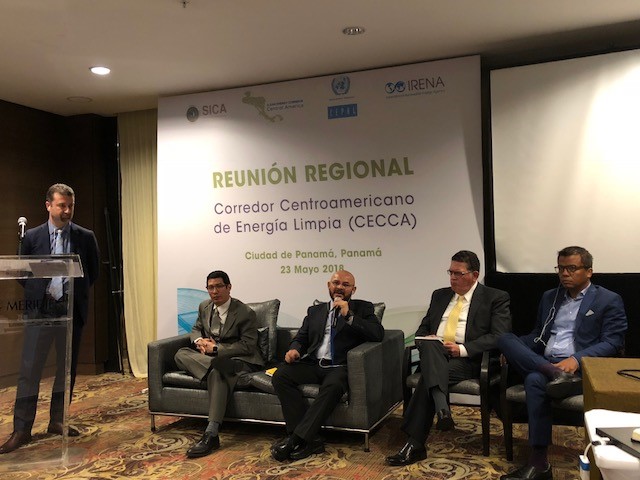 The Clean Energy Corridor of Central America (CECCA) is an initiative established in 2015 to support the accelerated deployment of renewables at the regional level, and in the context of the SIEPAC line. Since then, IRENA has been advancing the project in the region

In 2016, Panama was chosen as a pilot country, based on stakeholder consultations and expert meetings that took place the same year, two areas for support were identified, comprising a technical component and a regulatory component. Under the technical component, Panama’s power system operators have been trained in modelling variable renewable energy integration and power system analysis software. With the regulatory project, a tool has been developed to assess the design elements of power purchase agreements (PPAs) for procurement of solar and wind power in Panama.

IRENA recently held a CECCA Regional Meeting to share key findings and lessons learned from the pilot projects in Panama with a wide set of CECCA stakeholders. In doing so, discussions helped identify further capacity building and technical advisory needs and solidify future activities of the initiative across the region.

Participants included representatives from Belize, Costa Rica, Dominican Republic, El Salvador, Honduras, Nicaragua and Panama, as well as from key regional institutions such as the Regional Electric Interconnection Commission (CRIE), the Regional Operator Entity (EOR), the Board of Directors of the Regional Electricity Market (CD-MER) and the Regional Transmission Asset Owner Company (EPR) as well as a number of regional and development partners.

The meeting began with a session on IRENA’s work in Latin America, before moving into the panel session ‘Renewable Energy Power Purchase Agreements (PPAs)’, where IRENA introduced its PPA assessment tool and panellists discussed key issues impacting the design and implementation of current solar and wind energy PPAs structures in Central America. In this session, the following key points were raised by participants:

In session III – Variable Renewable Energy Integration in Central America – IRENA presented the work it has undertaken within the technical component of CECCA, which was followed by a panel discussion on the main challenges for VRE grid integration in the region. During the discussion, several salient points were mentioned, including:

Following this discussion, session IV – Accelerating Renewables Deployment in the Regional Electricity Market – featured individual country presentations from Belize, Costa Rica, El Salvador, Honduras, Nicaragua and Panama, in which officials provided an overview on national renewable energy markets and experiences with the regional electricity market. These presentations were followed by a panel discussion on the main barriers and potential solutions to scaling-up renewables in the regional market, where the following issues were highlighted:

The meeting concluded with a roundtable discussion on ‘The way forward for CECCA’, which offered the opportunity for an open dialogue among CECCA countries to provide feedback on the completed work under the initiative, and to identify priority activities in the future. IRENA presented a set of potential future activities for discussion and approval of the governments of the region.

Agenda of the CECCA Regional Meeting 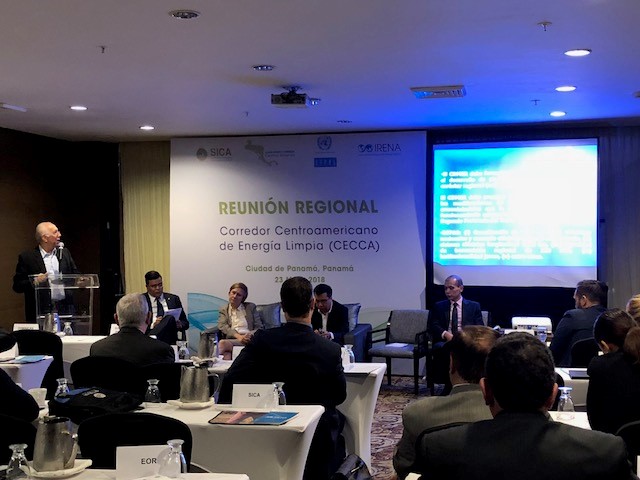 Twenty-Third Meeting of the IRENA Council

The twenty-third Council meeting of the International Renewable Energy Agency (IRENA) will be held...

Scaling-up Renewables Use in Agriculture in Asia: Towards 2030 Agenda & Climate Goals

IRENA and FAO are organising a side-event during the ADB Asia Clean Energy Forum 2022.