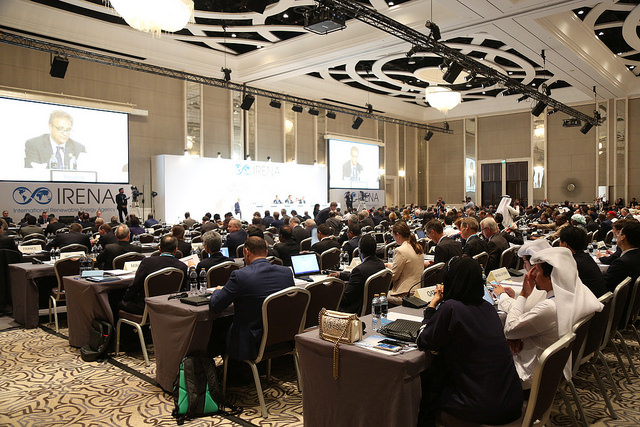 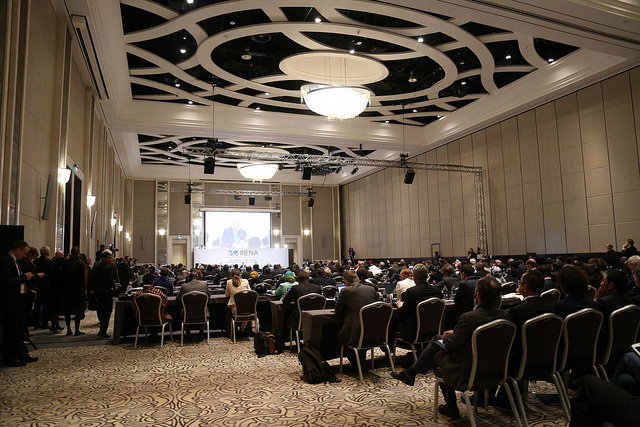 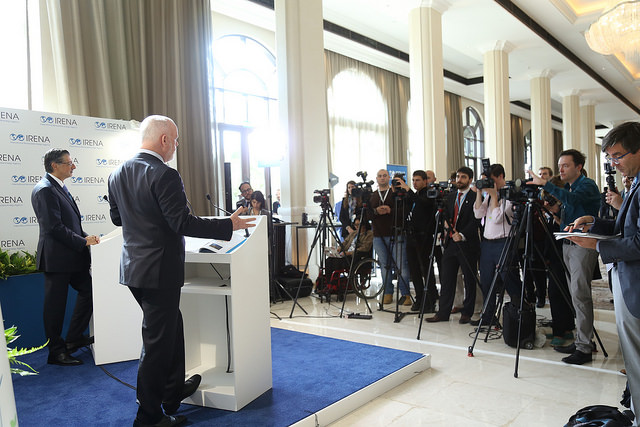 The eighth session of the Assembly of IRENA took place from 13-14 January 2018 in Abu Dhabi, United Arab Emirates.

The Assembly is the Agency’s supreme decision-making body and brings together Heads of State, Ministers, government officials, and representatives from the private sector, civil society and other international organisations to reaffirm the global renewable energy agenda and make concrete steps to accelerate the global energy transition. This Assembly decided upon the Agency's new strategic and programmatic direction in the context of the Work Programme and Budget for 2018-2019 and Medium-term Strategy 2018-2022.

In addition, numerous programmatic discussions were held on current trends in renewable energy policy and technology, including in the form of two Ministerial Roundtables to discuss these matters at the highest level. The Assembly took place at the outset of Abu Dhabi Sustainability Week and was be followed by the World Future Energy Summit, from 15 to 18 January 2018, which also featured a number of events hosted by IRENA.

Tentative Overview of the Eighth Session of the Assembly

View Institutional Documents for the Eighth Session of the Assembly

Photos from the Eighth Session of the Assembly of IRENA