Ministerial Roundtable, Towards an Economy Fuelled by Renewable Power: Innovation for the Next Stage

On 14 January 2017, during IRENA’s 7th Assembly in Abu Dhabi, government officials from around the world gathered to discuss the ongoing power sector transformation, and converse with prominent executives from the energy industry on its future development and outlook.

Renewable energy, for three years running, has accounted for more new power generation capacity installed worldwide than all other sources combined. In 2015, over USD 270 billion were invested in solar PV and wind power, boosting capacity by 47 GW 63 GW respectively. This capacity is expected to only grow and efforts are now focusing on implementing an innovative enabling framework to integrate these technologies at the scale needed.

Integrating high shares of variable renewable energy in power systems, is a challenge not only from the perspective of securing the power supply, but also from the perspective of how to manage the surplus power from these sources. In some countries at certain times, variable renewable power generation exceeds demand. Windy days in Denmark can produce 116% of the domestic power demand, and a share as high as 140% was reached in July 2015. In Portugal, wind power produced up to 65% of domestic power demand on some days in December 2015. On 8 May 2016, 95% of Germany’s domestic power demand was supplied by solar PV and wind power, and exports of electricity surged.

Energy experts and country representatives agreed that a holistic innovation approach is needed to tackle this challenge. Innovations ranging from technology to market design and business models, have a role to play. Part of the solution lies in implementing innovative flexibility measures in the power system, including additional cross-border interconnections, electricity storage systems, demand side management strategies, and advanced weather forecasting.

The outcomes of the Ministerial Roundtable was reported back to the Assembly, and will further feed into IRENA work, particularly IRENA’s two alternating biennial activities regarding the power sector transformation; the IRENA Innovation Week, which was last held in 2016; and the Innovation landscape report for the power sector transformation, which is expected to come out later this year. They will highlight not only technological innovations, but the market, regulatory, and business model changes that are making the up-scaling of variable renewables possible.

To learn more about this Ministerial Roundtable, visit IRENA’s newsroom or read the summary report. 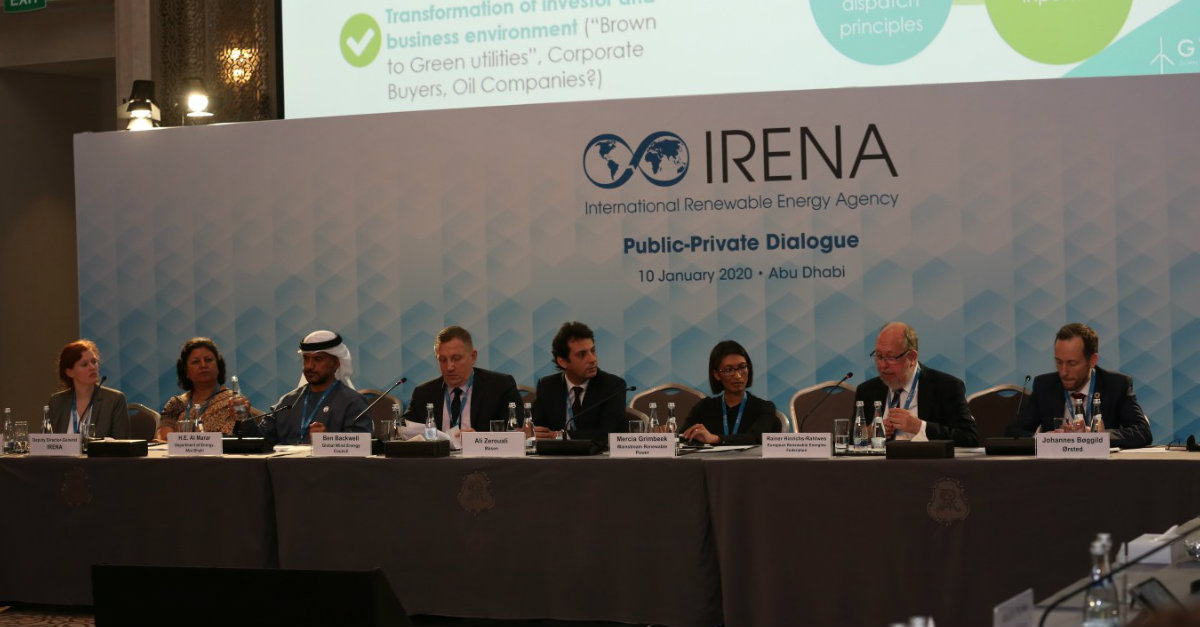 The joint workshop on sustainable aviation fuels will be held as the pre-event of the Fuel Task...

International Forum on Quality in the Photovoltaic Sector in India

The forum will facilitate an exchange of experiences and good practices between local and...