Are we on the right path to a climate-safe future?

Under the Paris Agreement and COP26, countries enhanced their Nationally Determined Contributions (NDCs) and declared ambitious mitigation pledges such as net zero. Despite making a sizeable difference to greenhouse gas emissions and global temperature rise, we still need to set the world on a climate-safe pathway.

Governments, financial institutions, and private sector entities must broaden ambition commensurate to the scale of the climate threat, followed by real, short-term, accelerated implementation: a key feature of the Glasgow Climate Pact made at the COP26.

This report assesses current climate pledges in light of the challenge ahead, and explores the transformative opportunity offered by renewable energy that can serve as an important vehicle for delivering the needed emission reductions, as well as multiple Sustainable Development Goals (SDGs). 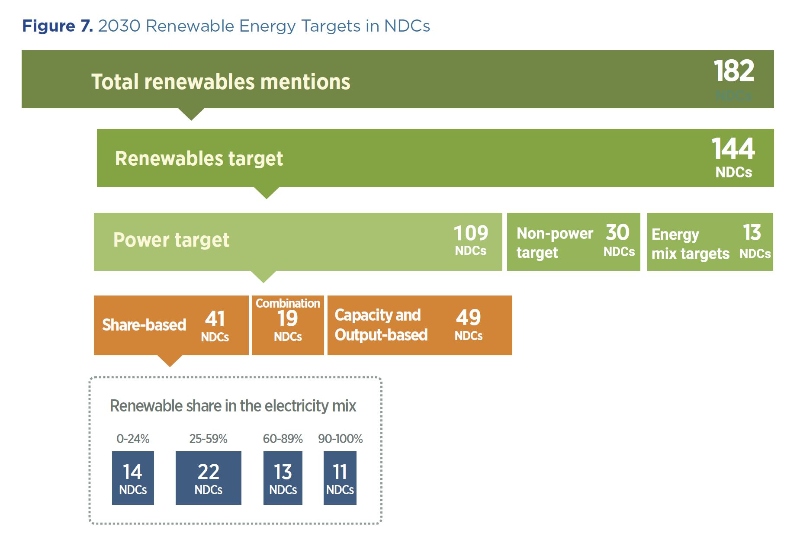