Nationally Determined Contributions (NDCs) are a cornerstone of the Paris Agreement on climate change. They set out the actions that countries plan to undertake to achieve the agreement’s objectives, focused on limiting the rise in average global temperatures to well below 2°C, ideally to 1.5 °C.

Renewable energy – increasingly recognised as a key climate solution – features prominently in the first round NDCs arising from the 2015 agreement. Of the 194 Parties to the United Nations Framework Convention on Climate Change (UNFCCC), about three quarters submitted NDCs that referred to renewables as a way to mitigate climate change, while over half cited specific renewable energy targets. Countries have the opportunity, however, to significantly strengthen their targets for renewables in the next round of NDCs.

The International Renewable Energy Agency (IRENA) has analysed NDCs in relation to national energy plans and actual deployment trends. In many cases, NDCs have not kept up with recent, rapid growth in renewables, the report finds. Even countries that lacked targets in their NDCs had ambitious plans for renewables in the energy sector. 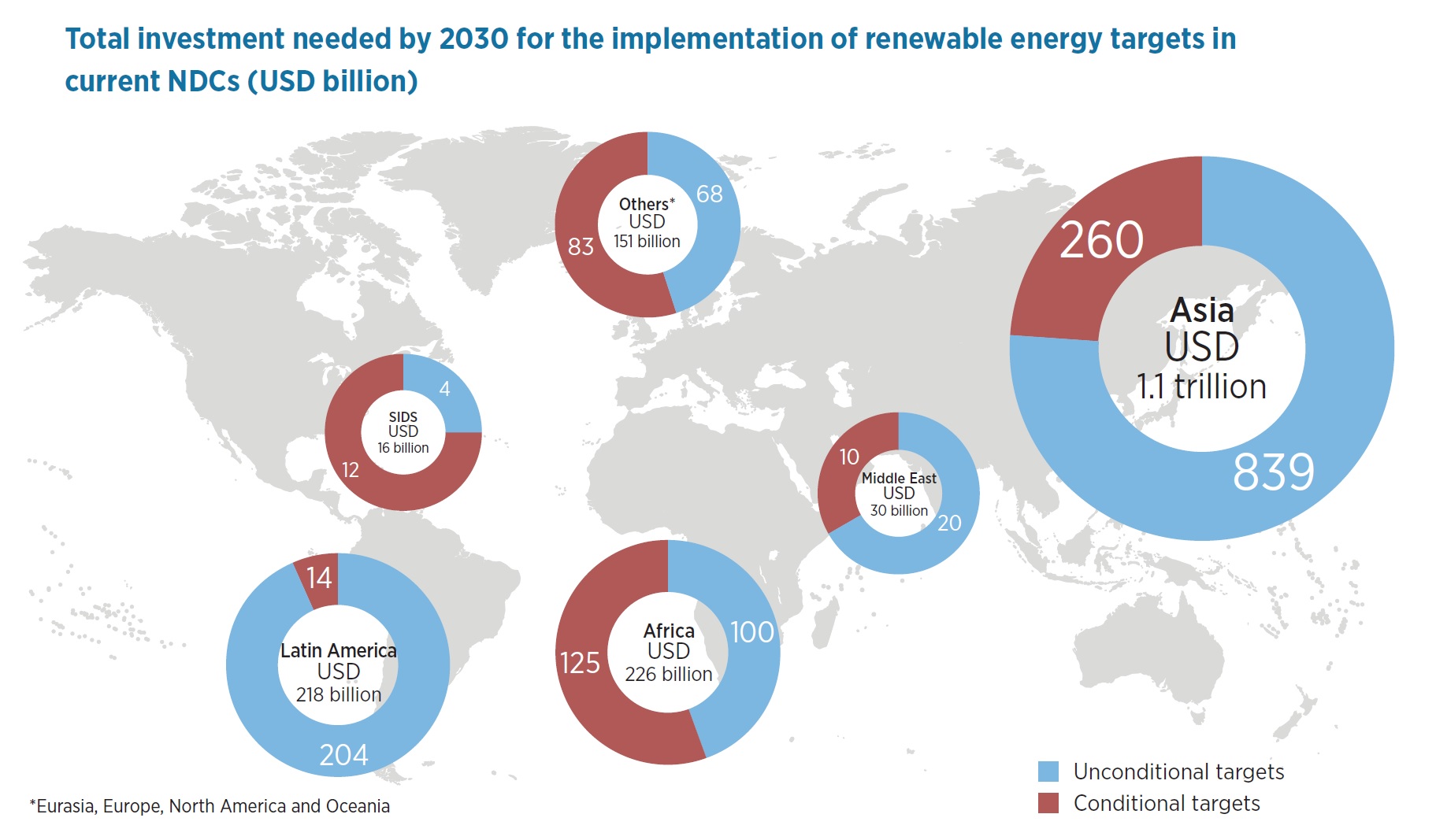 Over USD 1.7 trillion would be needed by 2030 to implement renewable energy targets contained in NDCs worldwide. At least 1.3 terawatts (TW) of renewable power capacity would be added globally by 2030 as a result of NDC implementation, amounting to a 76% increase.

However, such growth expectations lag behind actual trends, as well as falling short of the ambitions expressed in national energy plans. The cost-effective potential for renewables, meanwhile, is much higher than what is captured in current NDCs. Rapid deployment of renewables, coupled with energy efficiency, could achieve around 90% of the emission reductions in the energy sector needed by 2050, while at the same time advancing economic growth and development.

Upgraded NDCs could build on recent growth rates, pick up targets from national energy plans, and more closely reflect cost-effective potential for renewables. This would strengthen the effectiveness of the Paris Agreement and help significantly to limit the global temperature rise, IRENA’s report finds.