Abu Dhabi, U.A.E., 13 January 2017 — Lawmakers from around the world are meeting today in Abu Dhabi to discuss the policies needed to support the transformation of the global energy system. Held the day before the opening of the seventh Assembly of the International Renewable Energy Agency (IRENA), the 2017 Legislators Forum, “Renewable Energy – the Role of Legislators in Catalyzing Action”, is the second meeting of its kind hosted by the Agency. The Forum facilitates dialogue between lawmakers on the deployment of renewables and critical challenges facing the energy transformation underway in countries around the world, covering areas of policy, legislation, and tools to support legislators.

“Lawmakers have a rich history of creating the policy and legal frameworks that can drive renewable energy deployment. Their role is even more critical as governments look to transform their energy infrastructure and markets,” said IRENA Director-General Adnan Z. Amin. “By bringing together lawmakers from around the world concerned about energy issues, IRENA can better support their efforts to accelerate the energy transition.”

“The next step for renewables is accelerating its deployment and that’s going to require an environment that policies can help foster,” said HE Dr. Thani Al Zeyoudi, Minister of Climate Change & Environment. “Legislators have the unique responsibility in bringing about that renewable friendly environment and it’s only fitting that IRENA plays a guiding role in this effort through gatherings like the Legislators Forum.”

The meeting will allow participants to exchange best practices and learn from each other’s experiences in creating effective renewable energy policy. It will focus on policy and legislative tools as well as financing mechanisms available to raise the level of ambition towards an accelerated energy transition, using available databases, analytical reports, and direct legislative assistance.

On 12 January, participants of the Legislators Forum were invited by the UAE’s Federal National Council to visit the country’s parliament and meet with a group of its members.

“With the right set of legislation and policies in place, countries can set the stage for renewable energy to flourish, and put the world on a path for a more sustainable future,” said the Speaker of the Federal National Council of the United Arab Emirates HE Dr. Amal Al Qubaisi. “We have to think holistically and develop an end-to-end strategy that balances a number of interrelated considerations: R&D and innovation, standards, cost of implementation, impact on existing jobs and companies, education and reskilling, and new employment and economic growth opportunities.”

The Legislators Forum is taking place in the context of the seventh IRENA Assembly, which gathers global energy leaders from more than 150 countries. During the Assembly delegates will discuss IRENA’s strategic and programmatic direction to help countries accelerate deployment of renewable energy, and in doing so, meet climate goals, boost the economy, and increase energy access and security. Outcomes from today’s Legislators Forum will be presented at the Assembly’s discussions. 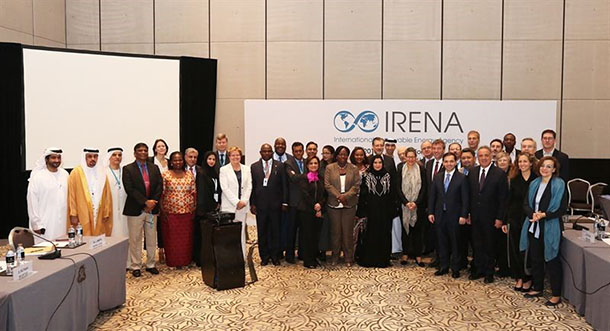 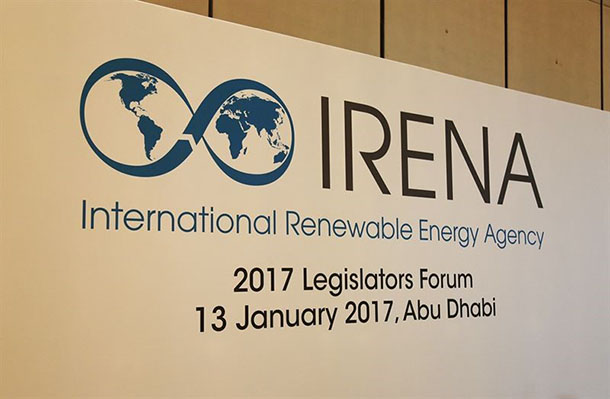