Abu Dhabi, UAE, 20 January 2016 – Scaling up renewable energy in the Gulf Cooperation Council (GCC) countries would reap multiple benefits, according to a report released today by the International Renewable Energy Agency (IRENA). Renewable Energy Market Analysis: The GCC Region, finds that GCC countries could save 11 trillion litres of water withdrawal (a 16 per cent decrease), save 400 million barrels of oil in power sector (a 25 per cent decrease), create more than 200,000 direct jobs and reduce the per capita carbon footprint by 8 per cent in 2030, if GCC plans and targets are achieved.

“The GCC region has long been a global leader in energy production and can further strengthen this role through the development of its vast renewable energy resources,” said IRENA Director-General Adnan Z. Amin. “In doing so, the region can reduce carbon dioxide emissions and save precious water resources, all while meeting its fast growing energy needs sustainably.”

The report provides in-depth insights on the policy, project development and finance driving the GCC’s transition towards a more sustainable energy system. It finds that increasing renewables to meet national plans and targets would cut fuel use in the power and water sectors by 50 per cent in the United Arab Emirates, 23 per cent in Saudi Arabia and 21 per cent in Kuwait. It would also reduce the region’s per capita carbon footprint by 8 per cent.

Perhaps of most importance to the water scarce region, achieving renewable energy targets would also decrease water withdrawals in the energy sector by 16 per cent, since renewables, in particular solar photovoltaics, can be less water intensive than fossil fuel technologies. Desalination now accounts for a substantial share of total energy consumption in most GCC countries. Switching to solar desalination could offer a reliable, cost-effective and environmentally-sustainable way to address the rising demand for water in the long-term, the report finds.

Beyond energy, water, and emission savings, achieving set renewable targets in the region would create nearly 210,000 direct jobs in the power sector in 2030. Research indicates that the renewable-energy sector creates more jobs than the conventional energy sector on the basis of units of energy produced and dollars invested. Most jobs created will be in solar PV, with United Arab Emirates and Saudi Arabia representing the largest employers.

“The economic and social rationale for the energy transition in the GCC region has never been stronger,” said Mr. Amin. “By maintaining their leadership in the energy sector and embracing their region’s abundance of renewable energy resources, GCC countries can ensure their own long-term economic and social prosperity through a clean energy future.” 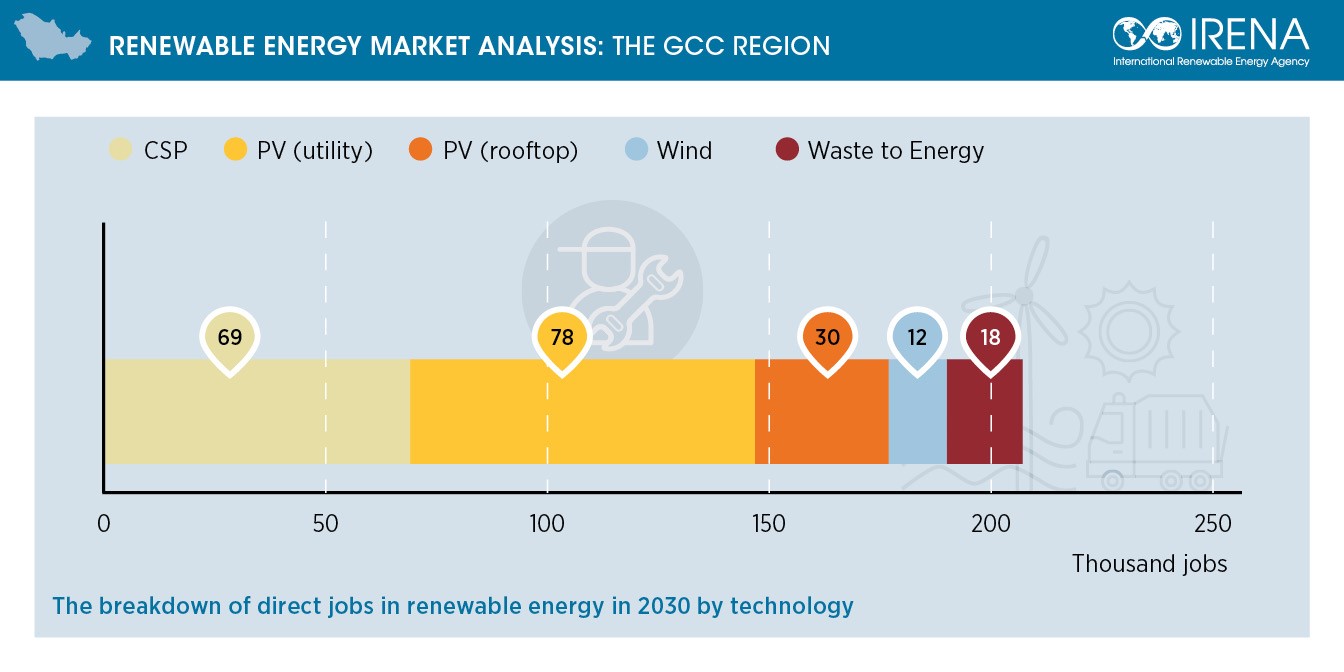 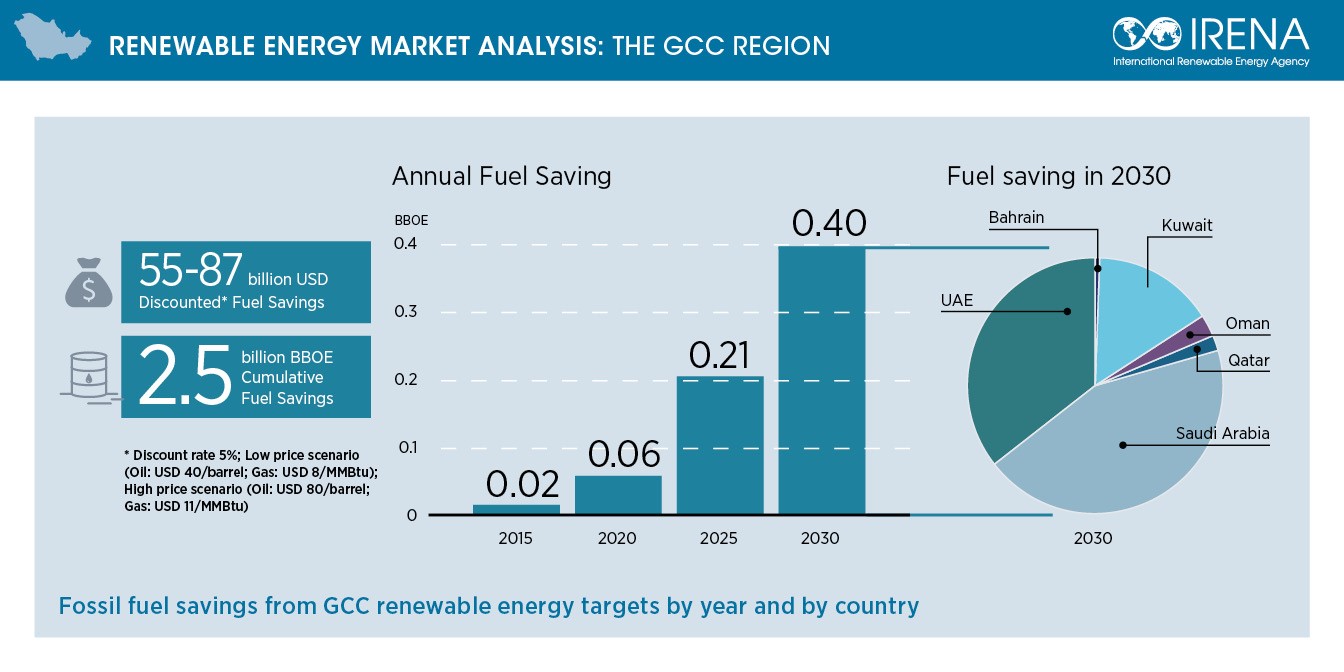 About the International Renewable Energy Agency (IRENA)
IRENA is mandated as the global hub for renewable energy cooperation and information exchange by 145 Members (144 States and the European Union). Roughly 30 additional countries are in the accession process and actively engaged. IRENA promotes the widespread adoption and sustainable use of all forms of renewable energy, including bioenergy, geothermal, hydropower, ocean, solar and wind energy in the pursuit of sustainable development, energy access, energy security and low-carbon economic growth and prosperity. www.irena.org