More than 70 representatives from 22 countries and 15 multilateral organizations, gathered in Nairobi this week to push forward the global expansion of geothermal energy.

Geothermal energy is reliable, predictable and can last for decades. It has a minuscule carbon footprint, is one of the lowest-cost energy sources once start-up costs are met, and can replace fossil fuels for electricity and heating thereby reducing global emissions.

Yet, this form of renewable energy is vastly untapped across the globe.

Geothermal resources have been identified in nearly 90 countries but only 24 are producing geothermal electricity. In 2013, IRENA recorded just 12 GW of geothermal capacity worldwide but its potential capacity for energy alone is 1,700 GW, as estimated by the IEA.

To gather influence and fast-track the development of geothermal energy worldwide, global leaders are combining forces to create the Global Geothermal Alliance (GGA). Introduced at the Abu Dhabi Ascent meeting in May 2014, the GGA has been gathering support and organizing itself to formally launch at COP21 in Paris.

“We have a very important opportunity before us to prominently feature geothermal energy in a global climate change platform in Paris.” – IRENA Director General Adnan Z. Amin 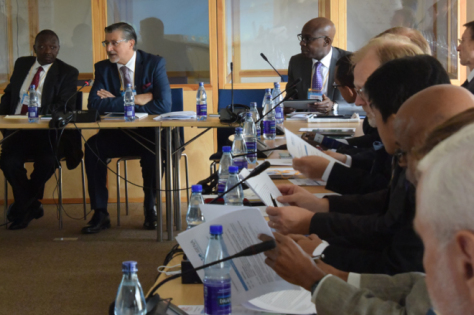 More and more countries with large geothermal potential are working to make it an essential part of their energy mix. For example, Turkey has added 350 MW of geothermal capacity in the past six years and France is experiencing its most active period for geothermal investment in two decades.

This early growth must be encouraged and expanded for geothermal to reach its full global potential.

On the sidelines of the recent GGA meeting in Nairobi, attendees visited the Olkaria geothermal complex and power station, the first geothermal power plant in Africa. 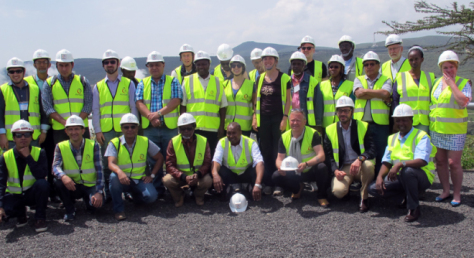