In his keynote speech at the Summit’s Forum on Climate Change and Green Growth, Mr. Amin welcomed the announcement of China’s US$ 6.6 trillion investment to address climate issues by 2030, made in the U.S.-China Strategic & Economic Dialogue in Washington DC, and emphasised that the commitment will benefit not only China but also the whole world in terms of facilitating the global energy transformation towards a low-carbon sustainable energy future. Mr. Amin presented several global cases of delivering highly cost-competitive renewable electricity that exemplify the fact that renewable energy is a key component of the energy transformation. Noting China’s many achievements in renewable energy development, Mr. Amin said that the country could also further scale up its renewable energy to 26% by 2030, citing IRENA’s recent report.

At the summit’s sub-forum “Global Sustainable Development: Energy Reform,” Mr. Amin emphasised that governments around the world are showing unprecedented levels of ambition towards the deployment of renewable energy capacity as a response to the urgent need for a global energy transition in the face of climate, environmental and economic challenges. In addition to the fast growing renewable energy industry in China, Mr. Amin stressed the importance of technology innovation and highlighted the social benefits of renewable energy development such as job creation. According to a recent study conducted by IRENA, the renewable energy sector in China employed around 3.4 million people in 2014, almost half of the global total of 7.7 million, excluding large hydropower. Mr. Amin also praised China’s active engagements in IRENA’s activities and expressed appreciation for China’s strong support of international renewable energy deployment since China joined IRENA in January 2013.

The Global Think Tank Summit provides a platform for exchanges among top-level think tanks across the globe on emerging and persistent global challenges, such as climate change, green growth and the energy transition. More than 600 representatives from 30 countries, regions and international organizations attended the Summit. During the summit, China’s Premier Li Keqiang met a group of prominent scholars, politicians and heads of international organisations at the Great Hall of the People to discuss the issues covering sustainable development, global governance, climate change and China's economy. 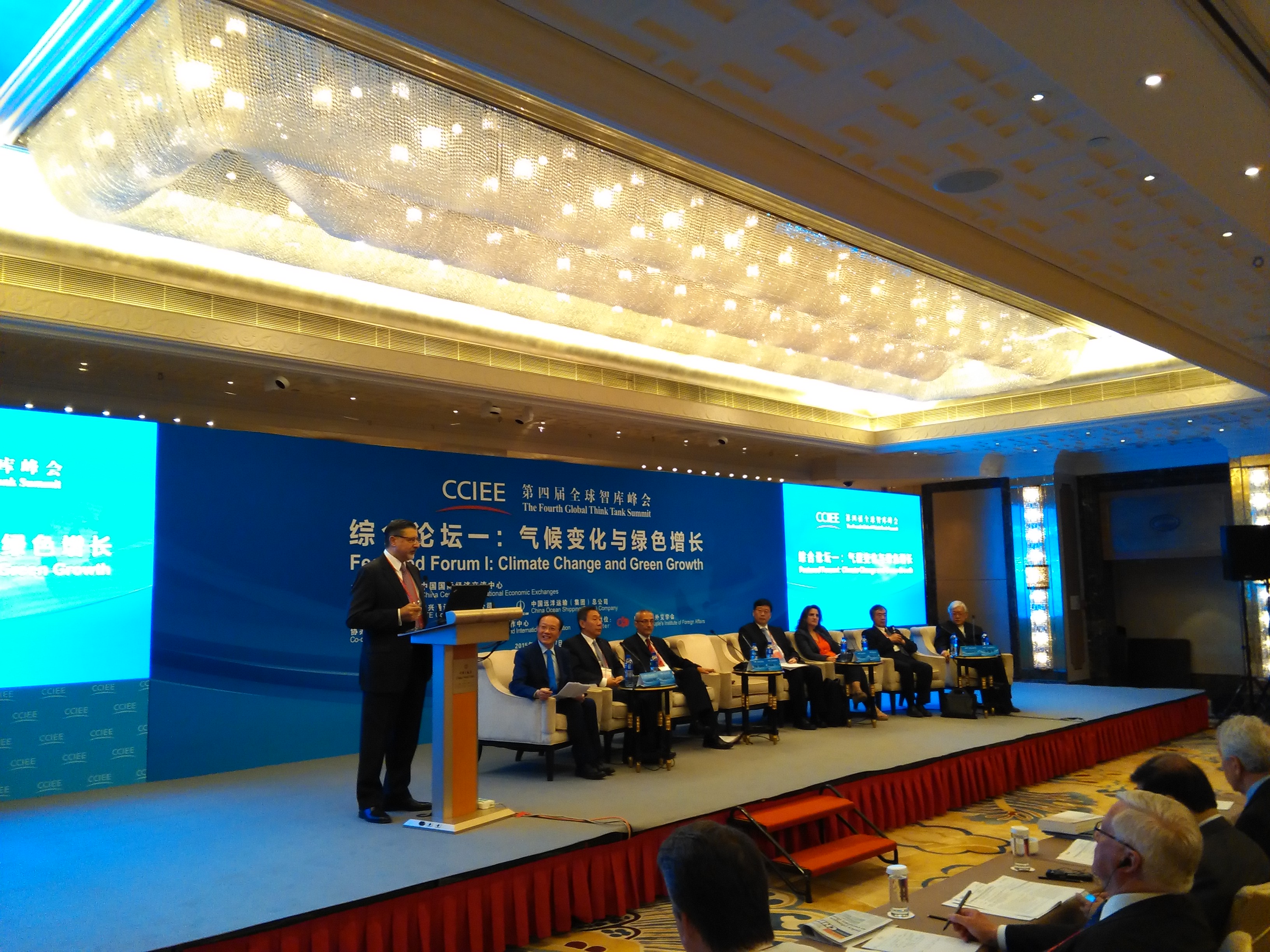 China’s Premier Li Keqiang met with a group of prominent scholars, politicians and heads of international organisations at the Great Hall of the People.