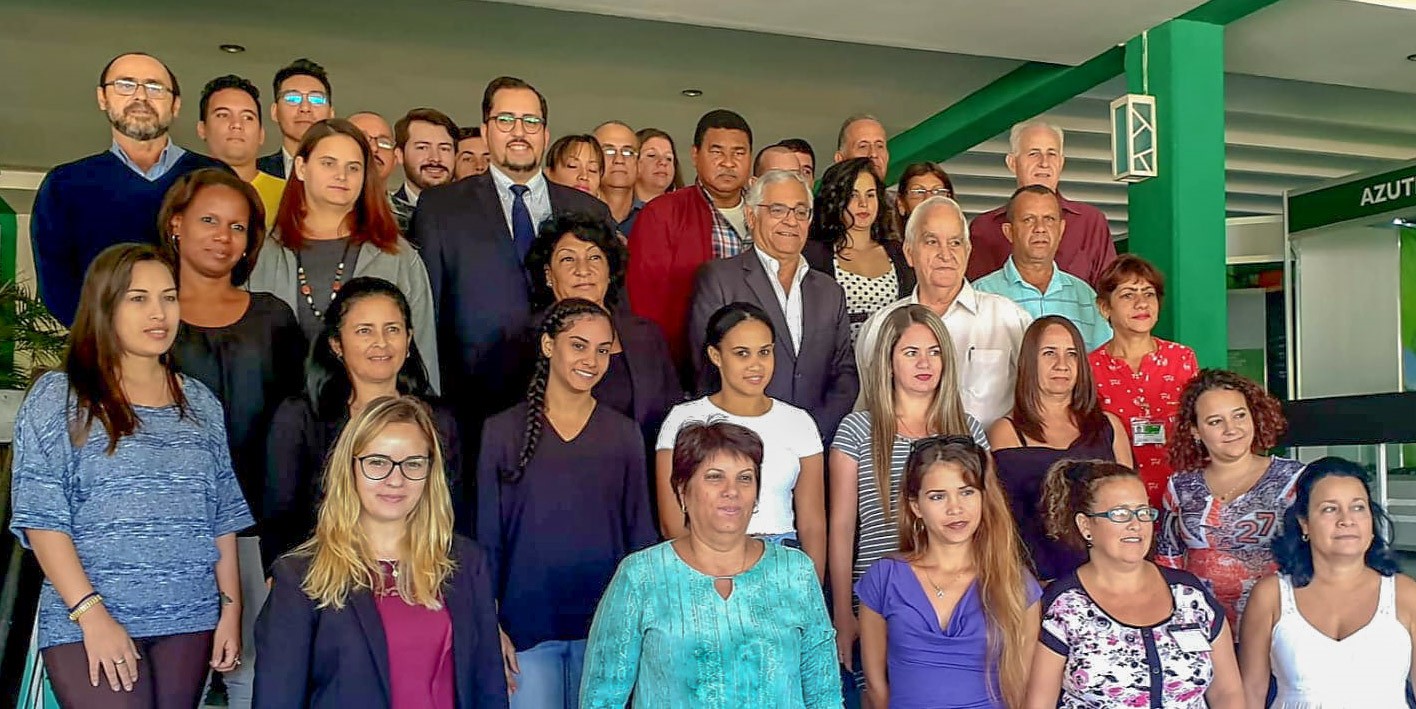 A training workshop jointly led by the Economic Commission for Latin America and the Caribbean (ECLAC) and IRENA – Supporting the development of bankable bioenergy projects in Cuba – brought together governments, the private sector, civil society, local authorities and other international organisations to develop ambitious green solutions for a better energy transformation. Cuba’s pursuit of a sustainable energy future relies on the deployment of bankable renewable energy projects with a major share from harnessing bioenergy.

Co-organized by ECLAC and IRENA and in coordination with Cuba’s relevant ministries and state-owned companies such as AZCUBA, the workshop provided insights on key issues on the best practices for the development of bankable bioenergy projects in Cuba and the Caribbean region.

IRENA provides a suite of project facilitation platforms that help local stakeholders to address challenges on the path towards sustainable development with clean and affordable energy. Based on the IRENA Project Navigator for bioenergy projects available in Spanish, critical issues related to the bankability of bioenergy projects were reviewed, with a focus on the technical and financial considerations for the preparation of detailed project proposals.

In this context, the workshop was based on an integral approach and presented tools and methodologies to help bridge the local gaps at institutional, policy, regulatory, market and project levels to meet the financiers’ requirements and facilitate the development of renewable energy projects in Cuba. Further details related to the outputs to be achieved through this workshop included:

At the United Nations Climate Action Summit in 2019, IRENA Director-General, Mr Francesco La Camera, indicated that renewables are not only the most effective response to rising emissions but they are also an engine of low-carbon development, supporting energy access, energy security and climate resilience in countries such as Small Island Developing States facing a number of specific social, economic and environmental vulnerabilities.

Cuba is a Small Island Developing State with strong dependence on imported oil, resulting in a very costly generation and high losses. In 2017, the country faced several power shortages which urged for the development of new power generation solutions. The electricity prices are expected to ramp up in the future which makes renewable energy technologies a relevant alternative. The Caribbean nation started investing in renewable energy sources in 2014 and pledged to produce 24% of its electricity supply from renewable energy by 2024. In the past year, Cuba saved more than 30 tons of fuel and reduced its carbon emissions significantly. The country has now set an ambitious plan for 2030 which includes the development of sugarcane-based biomass projects, solar photovoltaic plants, wind energy and small hydroelectric projects. Today, Cuba has several ongoing solar and wind projects, either under construction or in the completion phase. Being more and more open to international financing, the country has recently secured several investments especially from China and the United Kingdom.

Furthermore, Cuba is known for its rich abundance in sugarcane. After extraction of the sugar from the plants, the remaining biomass feedstock, also known as bagasse, can be used to generate electricity that can be injected to a utility grid. The first bioelectric plant is currently being implemented and this type of power generation is expected to represent more than half of the renewable energy share of 2024.