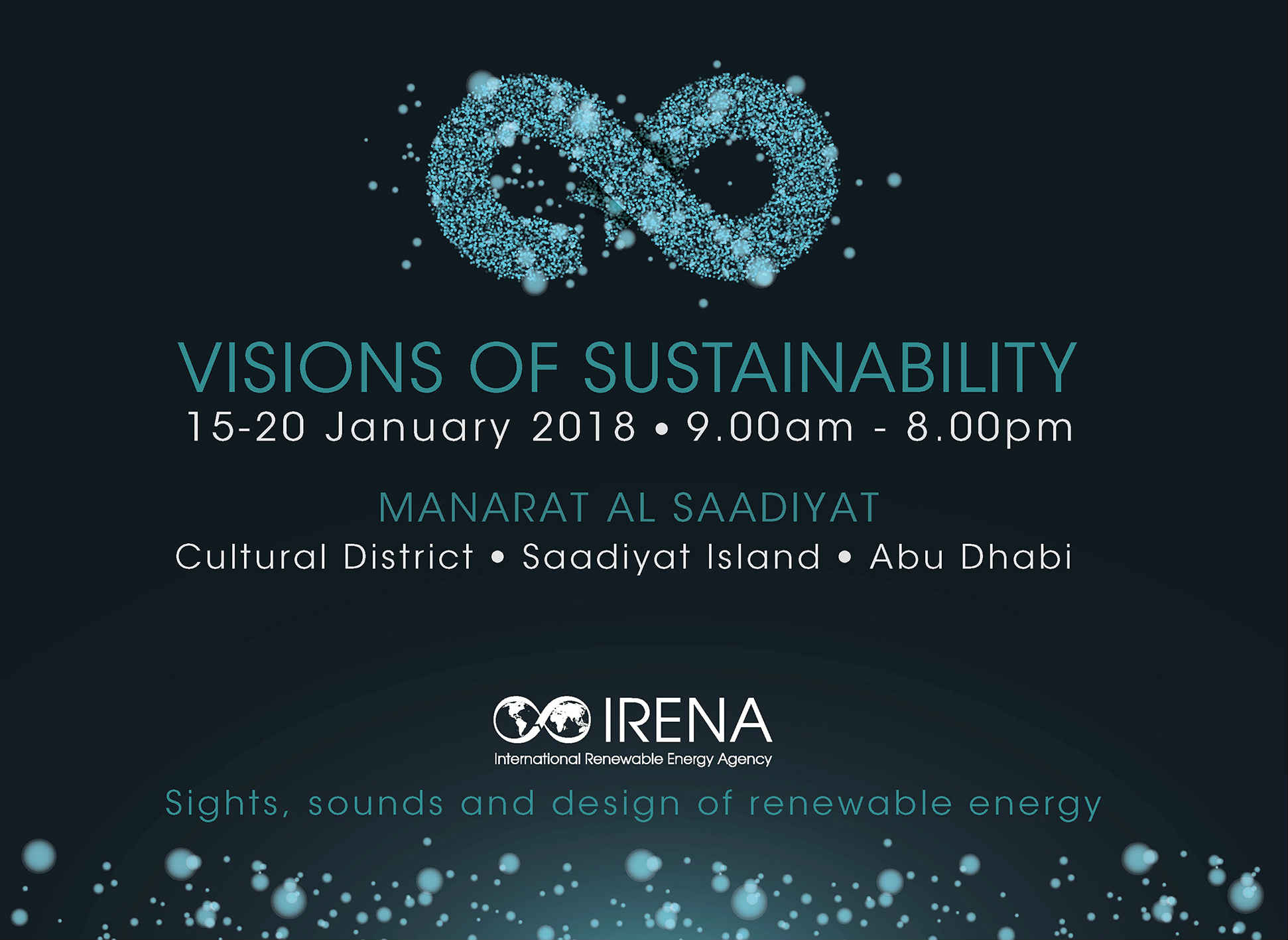 The last decade has seen the prospects of renewable energy change dramatically. Falling costs and improved technology has seen the potential of solar and wind energy transform from niche applications to widely applicable energy solutions for a sustainable 21st century. As the global voice for renewable energy, IRENA invited the public to share this vision with the use of artistic expression across different mediums.

A first-of-its-kind exhibit in the UAE, Visions of Sustainability was a week-long celebration of visionary perspectives on renewable energy, environmentally conscious design, and sustainability.

A special, invitation only, exhibit opening on the evening of 14 January broughttogether guest speakers including: the award-winning visionary artist, Bill Fontana, who produced a special series of multimedia works for the exhibit; pioneering solar aviator and explorer, Bertrand Piccard; and the architect, designer, and thought leader, William McDonough.

Taking place at the Manarat Al Saadiyat, from 15 to 20 January, the exhibit merged sight and sound to convey to the public the promise, potential and symbiotic nature of renewable energy through the works of world-renowned and local artists.

The exhibit include works from:

Entrance to the exhibit was free and open to the public.

Photos from the event and exhibit can be found in IRENA's Flickr album.

Find below a teaser of Bill Fontana's specially crafted work for the exhibit, Acoustic Visions of Renewable Energy.

The exhibit took place at the Manarat Al Saadiyat, in Abu Dhabi's Saadiyat Cultural District, and was open everyday between 15 and 20 January from 9:00 AM to 8:00 PM.

Beyond the Talk: Financing Renewable Energy to Fuel the SDGs

IRENA is conducting a series of three workshops to explore the topics related to the use of the...

In the framework of the Global Geothermal Alliance, IRENA is collaborating with partners in Africa...